KBS’s newest drama “The Tale of Nokdu” has shared exciting stills for its upcoming episodes!

“The Tale of Nokdu” is a romantic comedy set in the Joseon era. The drama tells the story of Jeon Nok Du (Jang Dong Yoon), who disguises himself as a woman to enter a mysterious all-female community, and Dong Dong Joo (Kim So Hyun), a gisaeng-in-training who wants to be anything but a gisaeng (female courtesan). The drama had a successful premiere as it recorded 5.6 and 7.1 percent ratings, placing No. 1 among other Monday-Tuesday dramas in its time slot.

The stills released on October 1 show Nok Du and Dong Joo enjoying each other’s company while doing laundry. Yul Moo (Kang Tae Oh), who is a hopeless romantic for Dong Joo, is also spotted attempting to make her try a Korean shaved ice dessert he made. However, he is soon interrupted by Nok Du. 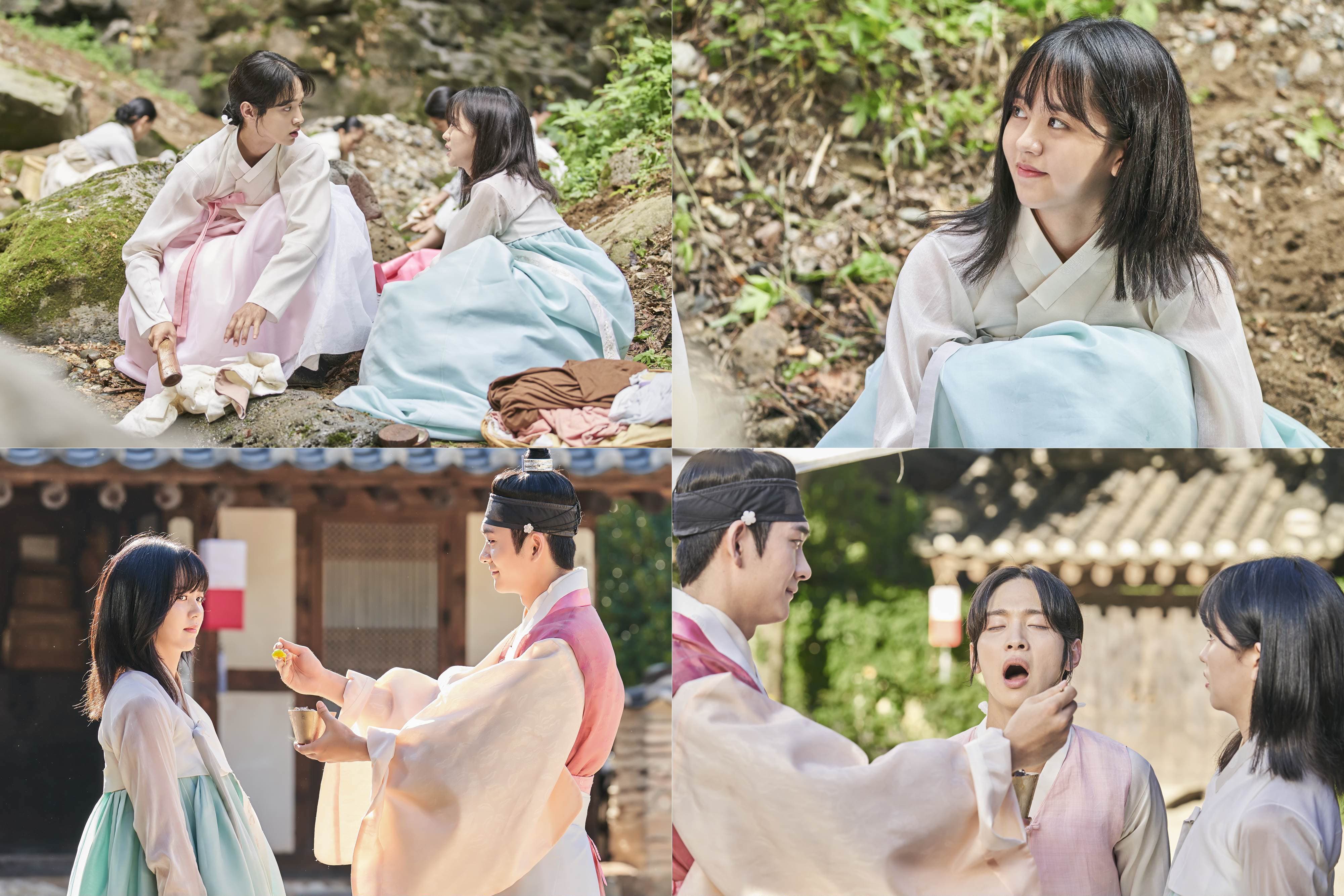 The stills also hint at a secret the all-female community is hiding from the rest of the world. An organization as known as Moo Wol Dan is holding a sketch of a man they are in search of. Nok Du is also spotted wearing the same uniform as the organization, but he is watching the situation from behind a bush. Anticipation is high on whether or not Nok Du, who has entered the all-female community with hopes to uncover the truth, will find a lead that will take him one step closer to solving the mystery.

The production team said, “In episodes 3 and 4, which will air today, Nok Du will officially begin to adjust to surroundings of the all-female community. As we have also hinted at Nok Du and Dong Joo’s journey to sharing one room, the fascinating romantic tension between the two will also unfold.”

Watch the premiere episode of “The Tale of Nokdu” below!