Will there be a happy ending for a couple in “Flower Crew: Joseon Marriage Agency?”

Hyung Kyu tried to marry someone he doesn’t love for the sake of his mother (played by Seo Kyung Hwa). After Gae Ddong’s sincerity changed his mind, the “flower crew” officially began the marriage project for Hyung Kyu and Ji Young.

Thanks to the efforts of the “flower crew,” they succeeded in changing the mind of Hyung Kyu’s mother and got her approval.

In new stills, premarital bliss can’t be found on the faces of Hyung Kyu and Ji Young. Ma Hoon (played by Kim Min Jae) hands something to Gae Ddong who’s sitting in front of the door of “flower crew.” The serious facial expressions on their faces hint at another emergency.

The reason why Gae Ddong is working hard at Hyung Kyu and Ji Young’s marriage is to prevent another crying bride. Will she able to succeed at her first matchmaking? 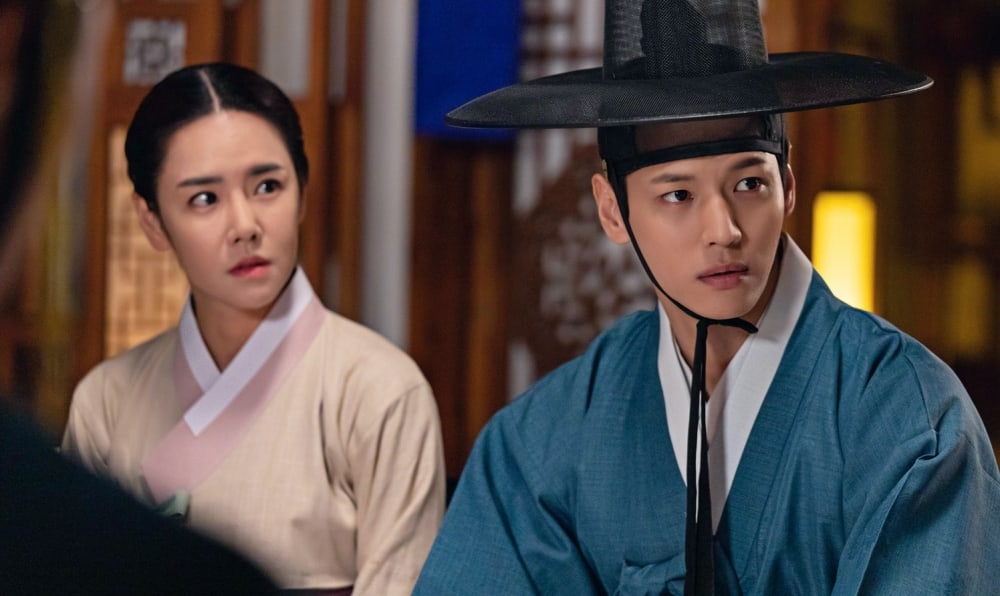 A source from the drama said, “Hyung Kyu and Ji Young’s wedding, which is Gae Ddong’s first marriage as a matchmaker, will come to an end today. Please watch how their wedding will turn out, which consists of deep-rooted love for each other and was opposed by his mother. This matchmaking will play a role in the growth of Gae Ddong. Please cheer on Gae Ddong who slowly improves along with the ‘flower crew.'”

“Flower Crew: Joseon Dynasty” airs on October 1 at 11 p.m. KST, a later time due to an emergency debate broadcast of JTBC’s “Newsroom.”