On October 1, Good Data Corporation posted their weekly rankings of the most buzzworthy dramas and actors. The results are from the company’s analysis of 27 currently airing and upcoming dramas from September 23 to September 29.

JTBC’s “Flower Crew: Joseon Marriage Agency” continued to top the rankings for most buzzworthy dramas for the second week in a row. Park Ji Hoon also maintained his No. 1 spot on the list of buzzworthy actors.

SBS’s Friday-Saturday drama “Vagabond” kept its spot at No. 2 in the rankings for most buzzworthy dramas. On the list of most buzzworthy actors, Suzy remained in the No. 2 spot, with her co-star Lee Seung Gi coming in at No. 4.

In third place was OCN’s “Strangers From Hell,” rising three places from last week. Im Siwan also rose to No. 9 in the buzzworthy actors ranking.

Coming in at No. 4 was KBS 2TV’s “When the Camellia Blooms,” maintaining its place from last week. Stars Gong Hyo Jin and Kang Ha Neul took No. 3 and No. 7 on the list of buzzworthy actors, respectively.

JTBC’s “Melo is My Nature” recorded its highest ranking to date with its finale, coming in at No. 5. Following behind was tvN’s new Wednesday-Thursday drama “Miss Lee” at No. 6. The drama’s main lead, Girl’s Day’s Hyeri, entered the ranking of most buzzworthy actors at No. 5. 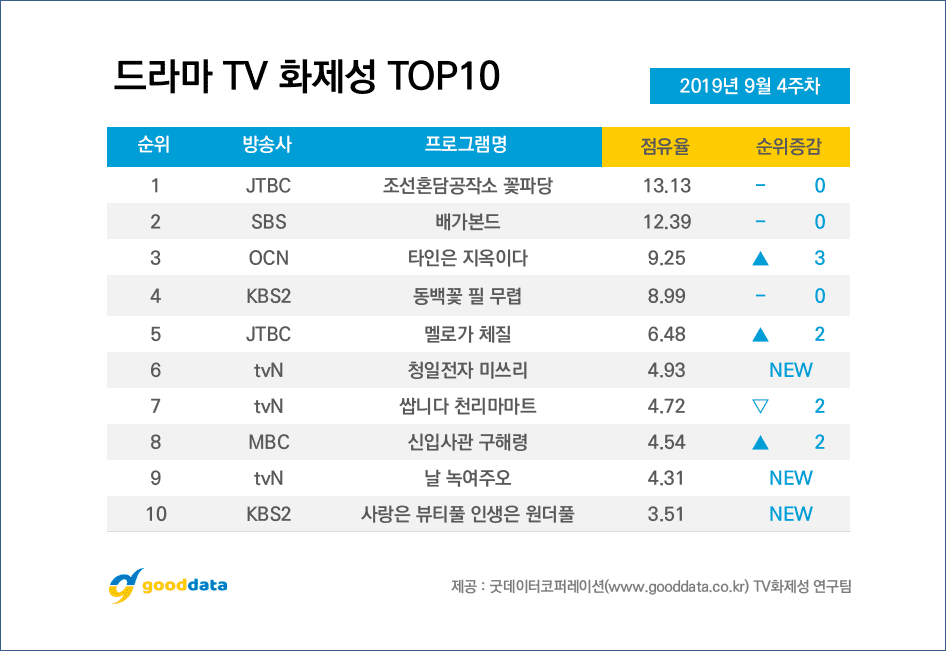 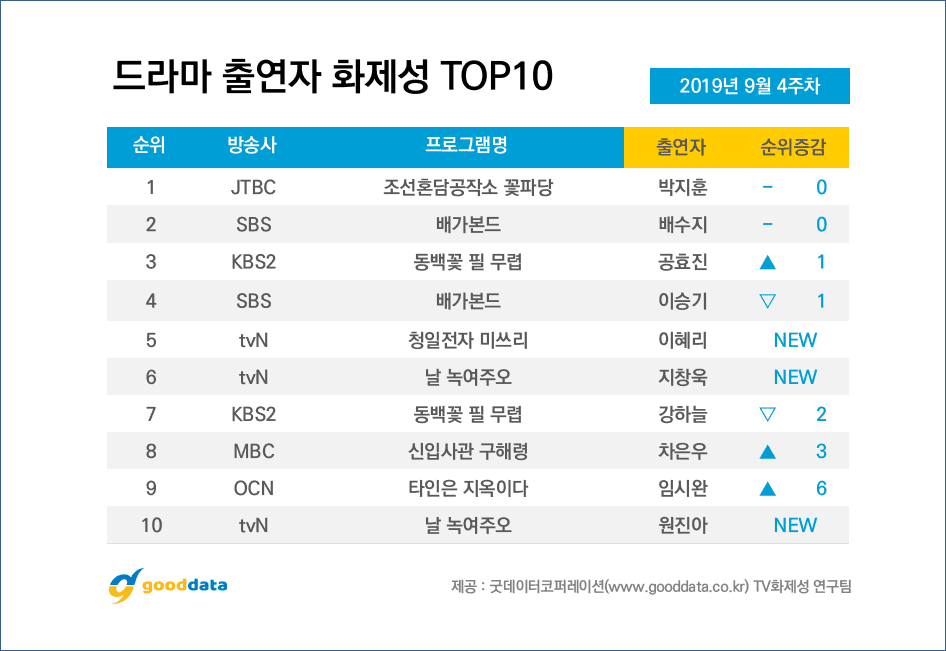 …the most recent episode of “Melting Me Softly here…

…and the finale of “Melo Is My Nature” here!