On September 24, Good Data Corporation released the rankings of non-drama TV shows and cast members that generated the most buzz from September 23 through 29.

The rankings are based on online articles, blog posts, community forums, social media posts, and views on video clips for 183 non-drama TV programs that are currently on air or scheduled to air soon.

Mnet’s girl group competition program “Queendom” continues to maintain its position on top of the list, generating 10.45 percent of the week’s total non-drama buzz. “Queendom” competitors Oh My Girl, Lovelyz’s Kei, and Lovelyz took spots at No. 3, No. 7, and No. 8, respectively, on the ranking of non-drama cast members.

“Show Me The Money 8” rose two spots to No. 2 with its finale. Final winner Punchnello and runner-up Young B each took No. 1 and No. 2 spots on the non-drama cast members ranking. “Unanswered Questions” rose three steps to No. 3 with its coverage of the Hwaseong Serial Murders. 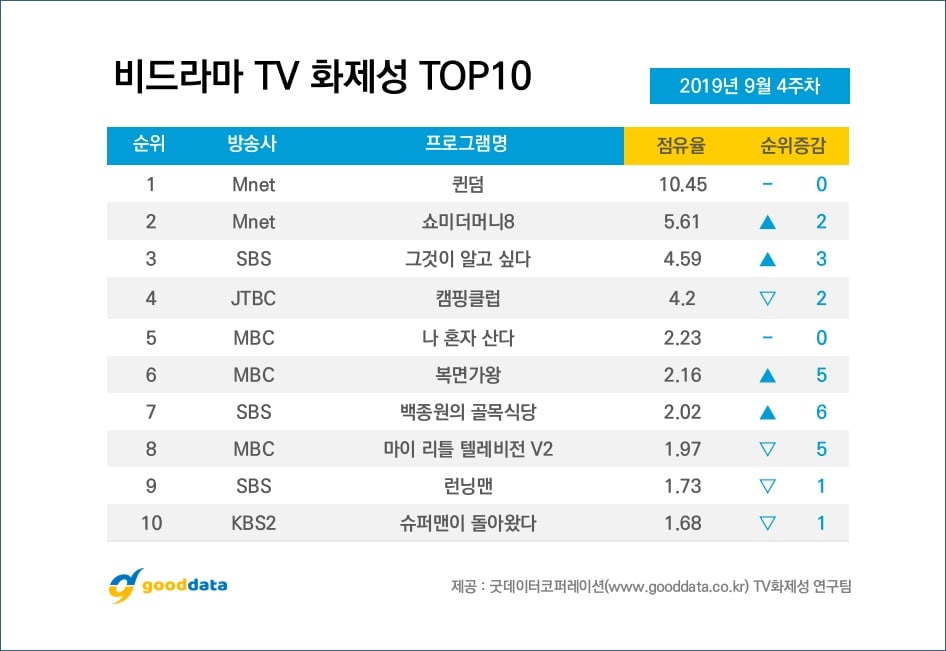 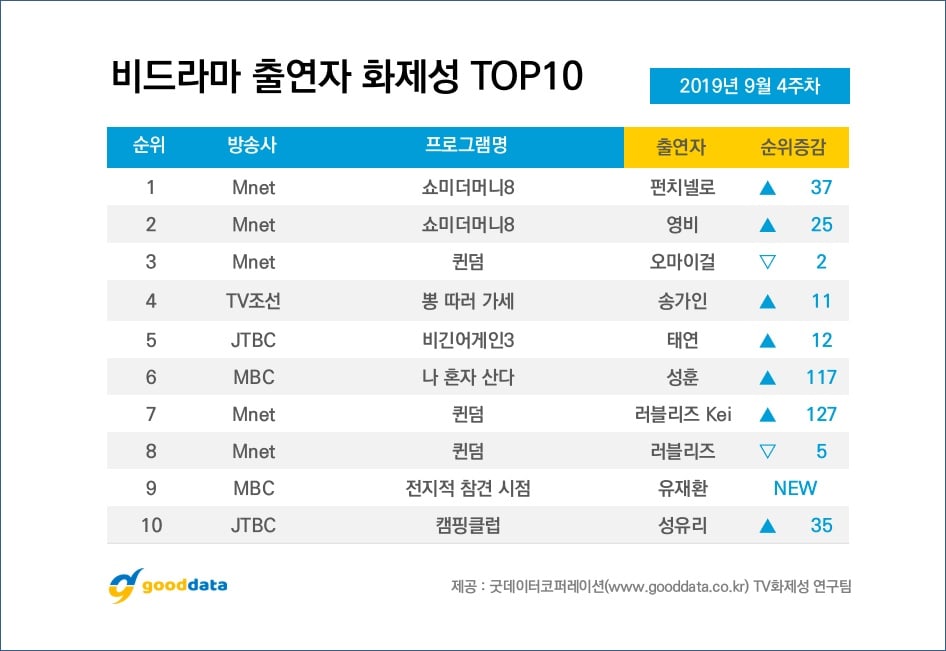