Fans are getting their first look at Kwak Dong Yeon in “Never Twice” (tentative title)!

The upcoming MBC weekend series is about guests at Paradise Inn who dream of a comeback after overcoming their failures and pain.

Kwak Dong Yeon will portray Na Hae Joon, the grandson of the president of Goosung Hotel and the top candidate to be his successor. Self-centered with no interest in others, Na Hae Joon is a cranky character with all of his interest and affection targeted at himself. His life, however, starts to change unexpectedly after meeting Geum Baek Ha (played by Park Se Wan).

“We’re all busy and tired from our stuffy lives, so I wanted to do a small, fun project,” said Kwak Dong Yeon. “I felt that ‘Never Twice’ was a warm project you could watch while laughing comfortably. I also felt ambitious about the project because I’d be working with very senior actors instead of young actors who are close to my age.”

He continued, “Na Hae Joon is a free spirit, but he’s also a warmhearted character. His family is always a part of his heart and I find it charming that he’s a three-dimensional businessman with ambition. You should watch and find out how Hae Joon changes after meeting people at Paradise Inn and experiencing new things.”

In the stills, Kwak Dong Yeon has perfectly transformed into his character with a slick hairstyle and perfectly fitted suit. He gives off luxurious vibes fit for someone born to become a hotel heir. With his relaxed facial expression, speech, and gestures, the actor captured Na Hae Joon’s free-spirited, self-centered characteristics. 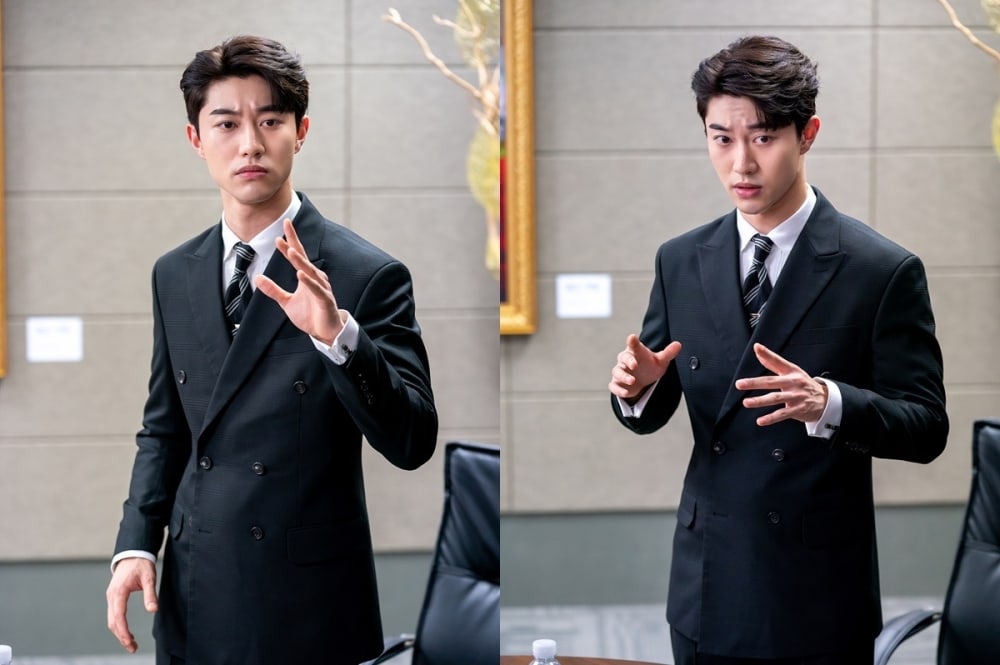 “Never Twice” is written by writer Goo Hyun Sook who has surpassed 30 percent with all of her weekend dramas including “100 Year Legacy,” “The Legendary Witch,” and “Laurel Tree Tailors.” It is directed by director Choi Won Suk of “Make Your Wish” and “Here Comes Mr. Oh” and produced by Pan Entertainment, which was behind hit dramas such as “Winter Sonata,” “The Moon Embracing the Sun,” “Doctors,” “Fight My Way,” and “Degree of Love.”

“Never Twice” premieres sometime in November as the follow-up to “Golden Garden.”

In the meantime, start watching Kwak Dong Yeon in “My Strange Hero” below:

Kwak Dong Yeon
Never Twice
How does this article make you feel?