Chen Shares Which EXO Member He Turns To The Most, His Current Playlist, And More

EXO’s Chen talked about his members and music!

On October 3, the idol appeared as a guest on KBS Cool FM’s radio show “Jung Eun Ji’s Music Plaza.” He recently released his solo mini album “Dear my dear” and music video for his title track “Shall we?”

Chen said, “I feel much better after the album was released. Every time I see a proud reaction, I gain courage. The title song was supposed to be ‘Dear You’ but I felt like the title track should be a song that I couldn’t do another time but now and I didn’t want to regret it, which is why I changed it to ‘Shall We?’.”

Apink’s Jung Eun Ji asked if he discussed the album with his members, and Chen replied with a smile, “Compared to my previous album, I shared more things with my members [this time]. I talked a lot with Baekhyun and Chanyeol, who are the same age as me, and I often spoke with Suho. Kai loves my title track very much.”

Chen revealed he turns to Xiumin the most. He explained, “When you’re talking to someone, people will usually listen and then talk to you but Xiumin is someone who will just listen to what you say. I really liked that. Other than my members, I am close to Paul Kim, Ko Young Bae, Jo Jung Chi, Yang Da Il, and Sam Kim.” 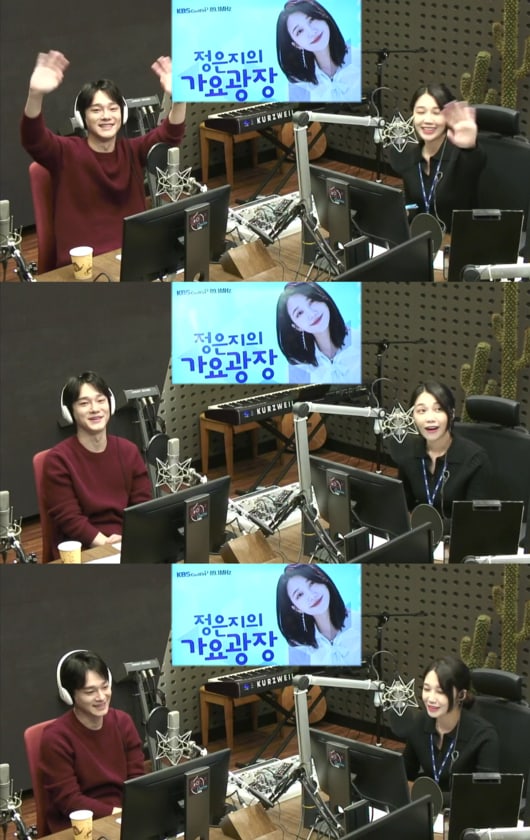 At the end, he expressed his gratitude to Jung Eun Ji, saying, “We only said hello to each other before, so it was good to have a conversation like this. More than anything, I’m grateful that you even studied about me because I was coming.” Then he said to his fans, “I hope you don’t feel lonely this season. Have a lovely autumn.”