“Vagabond” is an espionage action melodrama that tells the story of a man who attempts to figure out the secrets behind a commercial plane crash but ends up uncovering a government conspiracy. In the drama, Cha Dal Gun (played by Lee Seung Gi) and Go Hae Ri (played by Suzy) are working together to get to the bottom of the crash.

However, things seem to be on the rocks between the two in new stills for the upcoming episode. Cha Dal Gun and Go Hae Ri are sitting across from each other in a restaurant, sharing a bottle of soju with grim expressions. Cha Dal Gun then gets up and expresses his rage towards Go Hae Ri, and then tries to stop her from leaving. Her eyes are filled with tears, making viewers wonder what has happened between the two. 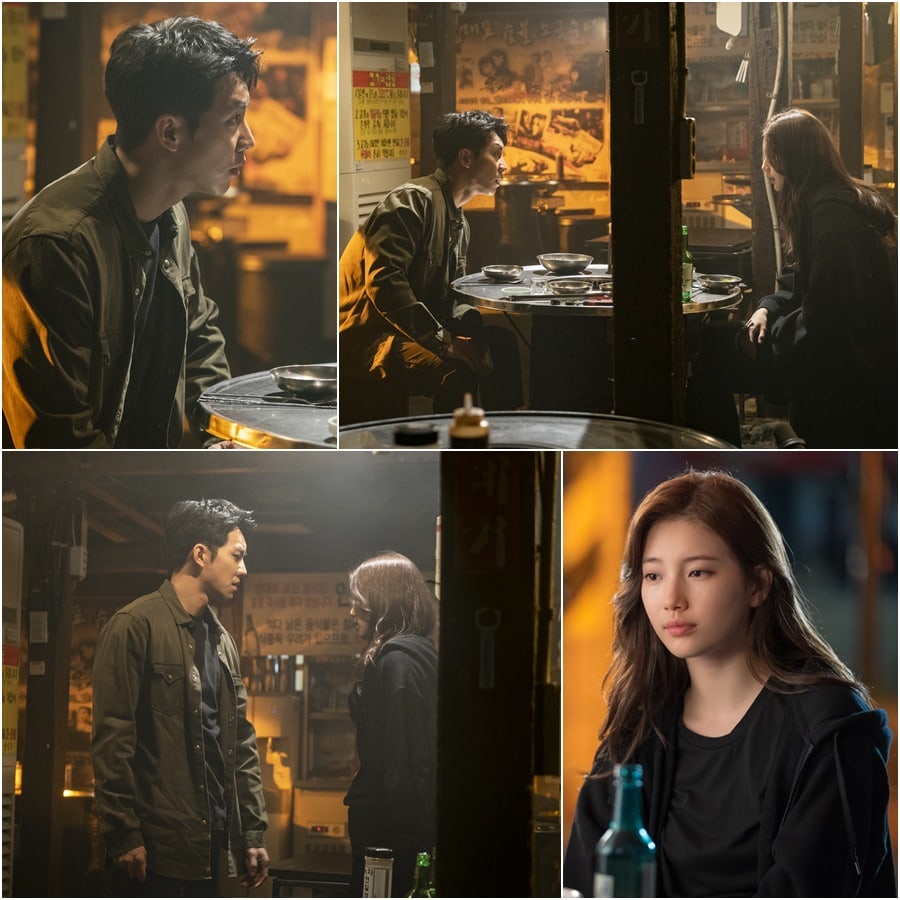 Despite the heavy nature of the scene, Lee Seung Gi and Suzy are said to have been in high spirits filming it. They never stopped smiling though they were filming quite late, and they are said to have analyzed their script together right up till filming began in order to create a more realistic scene.

Celltrion Entertainment stated, “We are delighted to hear that many viewers are excited by the drama going above their expectations every episode. Chal Dal Gun and Go Hae Ri will not only face external attacks, but they will also have to work through internal struggles, so please keep watching to see what happens.”