The action scenes in SBS’s “Vagabond” continue to raise the stakes!

“Vagabond” tells the story of a man who becomes entangled in a massive corruption scandal after he starts to investigate a major plane crash.

In the last episode, Cha Dal Gun (Lee Seung Gi) confirmed that Jessica Lee (Moon Jung Hee), Kim Woo Gi (Jang Hyuk Jin), and Oh Sang Mi (Kang Kyung Hun) were behind the plane crash. However, he was repeatedly attacked by mysterious assailants. At the end of the episode, he was caught up in a car chase that he just barely managed to survive.

The stills for the upcoming episode show Lee Seung Gi in the back of an ambulance. However, the ambulance is not a safe place for him either and ends up overturning on the side of the road. Cha Dal Gun manages to escape yet again, but looks visibly injured from the effort. 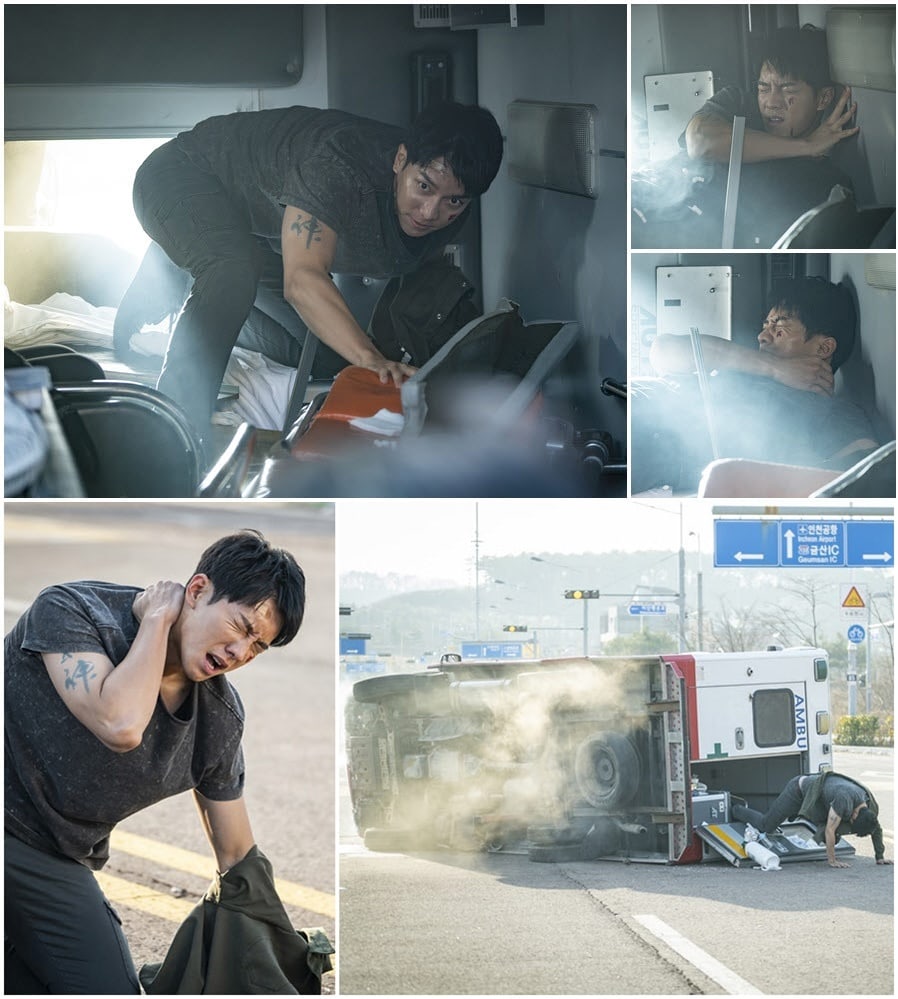 This scene was filmed on a road in Incheon. The shoot was a difficult one, since it involved limited space and time (the road was temporarily blocked off) and filming action sequences in a speeding car. Lee Seung Gi was more nervous than usual when he first arrived on set due to these constraints, and spent more time in discussions with the director, Yoo In Sik. Lee Seung Gi’s focus and concentration brought forth not only the action sequences but also Cha Dal Gun’s emotions in each scene, and he was able to complete filming without any issues, earning applause from the production staff present.

Celltrion Entertainment, the drama’s production company, stated, “Lee Seung Gi always does his best for each scene and his acting ability rises to the challenge every time. Because of him, another great scene has been born.”

The upcoming episode of “Vagabond” airs on October 4 at 10 p.m. KST.