This follows MBC’s October 3 report about alleged preferential treatment for some contestants on the shows. 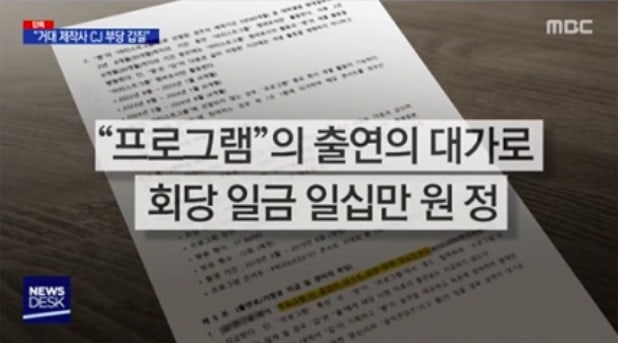 MBC reports that according to the contracts between CJ ENM, the “Produce X 101” contestants, and their agencies, 100,000 won (approximately $83.70) was given for each episode the contestant appeared in.

A “Produce X 101” trainee spoke to MBC about how in the contract, the trainee themselves was even lower on the scale of power than their agency, who was below CJ ENM. They said, “That’s why we had to bow down even more and had to do well, and we were worried that we’d get on their bad side so we were cautious.”

MBC reports, “Some entertainment sources have said that as there were many parts to it that were unfair, some agencies would instead ask for elimination at the last minute.” 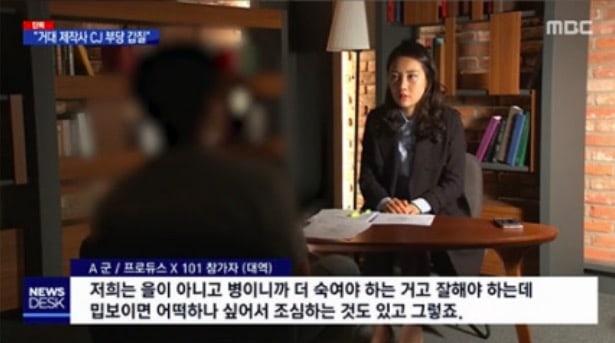 MBC also spoke about violations of the rights of “Idol School” contestants during their stay in the dorms. The survival show began in the summer and lasted for about six months, but the contestants were only given uniforms appropriate for summer and reportedly had to wear them even when the weather turned cold.

An “Idol School” contestant said, “We’d say to each other, ‘This must be what it’s like in the military.’ Even though it was freezing out, we had to wear summer clothes for six months.”

MBC reports that the contestants were cut off from the outside world and only able to buy daily necessities once a month from a drug store that’s a CJ subsidiary. In addition, they were not given enough to eat.

The contestant said, “They let us go to [school] once or twice a month. Those girls would hide food in their hats or underwear and then share it with the others, and they’d eat it like they were beggars.”

Police have reportedly called in the production team of “Produce X 101” for a first round of questioning in their investigations regarding vote manipulation, and they plan to investigate the producers of previous seasons of “Produce 101” and “Idol School” in turn.

idol school
Produce X 101
How does this article make you feel?