JTBC’s “My Country” released new stills of Yang Se Jong and Woo Do Hwan facing each other in an inevitable confrontation.

“My Country” takes place at the end of the Goryeo dynasty and the beginning of the Joseon dynasty and tells the story of conflicts that arise due to people’s desire for power and protection.

In the stills, Seo Hwi (played by Yang Se Jong) and Nam Sun Ho (played by Woo Do Hwan) are facing off in a military service exam. Although they are close friends, they violently clash their swords against each other in an effort to change their lives. Seo Hwi seems exhausted, but his resolve stops him from dropping his sword, and wounded Nam Seon Ho keeps going despite his bleeding arm. Meanwhile, Han Hee Jae (played by AOA’s Seolhyun) watches the battle with shock and horror. 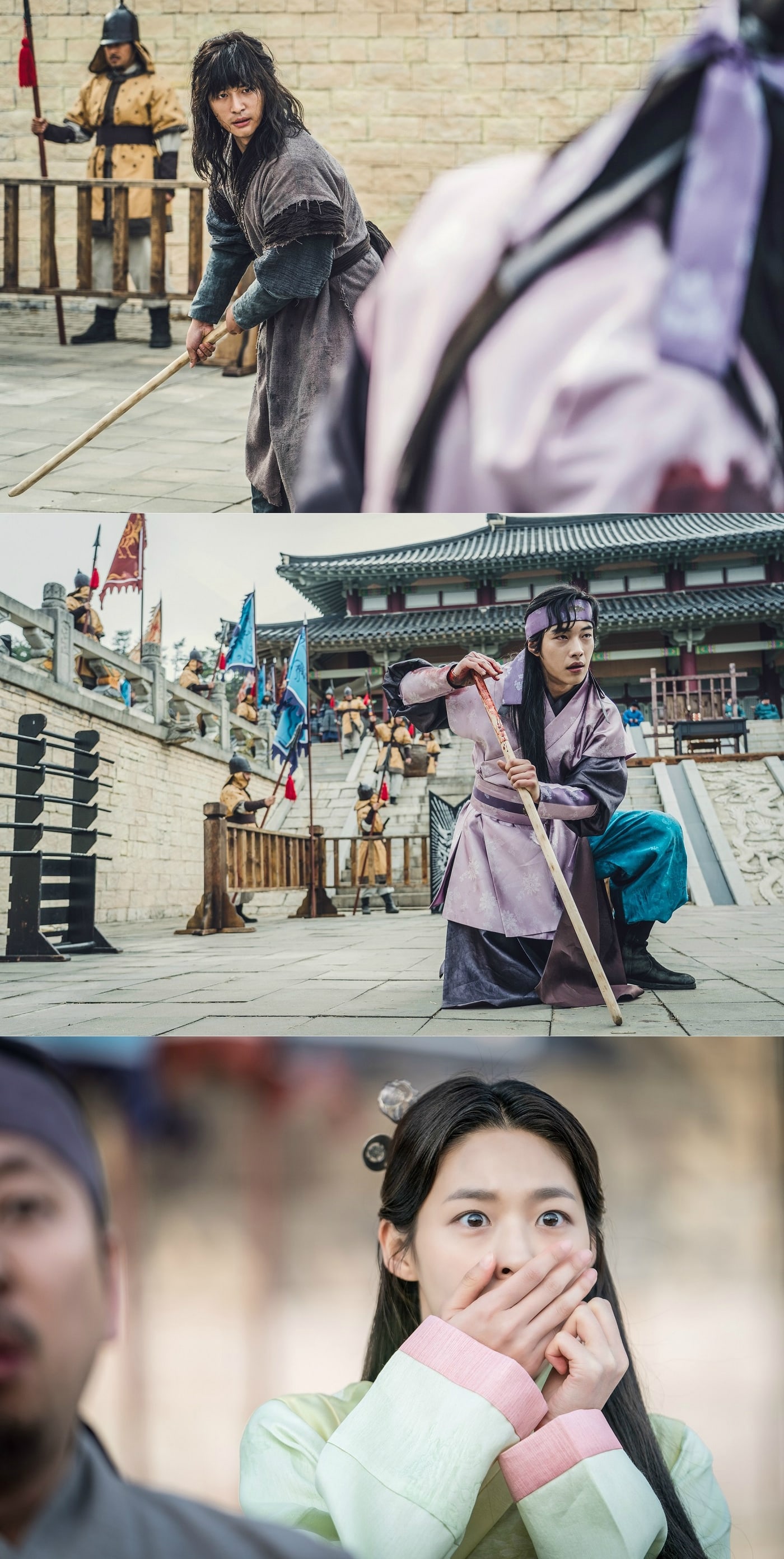 In the second episode of “My Country,” Seo Hwi and Nam Sun Ho’s fates will start to tangle. Seo Hwi inherited the talent of his skillful father Seo Gum (Yoo Oh Sung), who was once called “Goryeo’s First Sword,” but was never able to participate in a military service exam because his father had been punished to death in boiling water. However, after catching the eye of Lee Seong Gye (Lee Young Chul), he gained the opportunity to change his fate.

On the other hand, Nam Sun Ho was finally able to live as the son of Nam Jeon (Ahn Nae Sang) after his older brother passed away. He is Lee Seong Gye’s aide-de-camp who aspires to be something more than he already is. It will be interesting to see the outcome of the untenable duel between Seo Hwi and Nam Sun Ho amid their tangled relationship.

The production crew said, “Seo Hwi and Nam Sun Ho will begin the challenge to change their lives with their own power in an era of turbulent times. The military service exam will signal the start of their divided fates. Please watch how their complex intertwined relationships will be going into different directions.”

“My Country” first aired on October 4 with promising viewership ratings. The second episode will air on October 5 at 10:50 p.m. KST.

AOA
Seolhyun
Yang Se Jong
Woo Do Hwan
My Country
How does this article make you feel?