“Strangers From Hell” is coming to an end this weekend!

With tension increasing between the characters, viewers are curious about the approaching ending.

Here are three things to keep an eye out for as the drama spirals toward its conclusion:

In the previous episode, Seo Moon Jo started to tighten his influence over Yoon Jong Woo more and more. Yoon Jong Woo begged Seo Moon Jo to leave him alone, but Seo Moon Jo vowed that he never loses a target. Furthermore, Seo Moon Jo murdered Shin Jae Ho (Cha Rae Hyung) as he said, “I don’t usually act impulsively, but Jong Woo is special to me.” Viewers are drawn to the remaining story of the two strange housemates with a thin, old wall between them.

Seeds of discord blooming between the murderers

The psychotic killers of Eden Goshiwon (an economical type of housing commonly leased by students preparing for an important exam) have been cooperating to commit murders for a long time, but they are capable of turning their backs on each other when necessary. Yoo Ki Hyuk (Lee Hyun Wook) and Byun Deuk Soo (Park Jong Hwan) lost their lives because they hadn’t followed the “rules.” The viewers were shocked by the cool reaction of the other killers, who regarded their murders as “going to heaven first.” However, the goshiwon killers are starting to become divided, and viewers are curious what their fates will be.

People finding out the truth about the goshiwon

Yoon Jong Woo may be isolated with no one to lean on, but there is still hope for him. Police officer So Jung Hwa (Ahn Eun Jin) has been paying attention to the goshiwon ever since the brutal street cat murders. She closely followed the sudden disappearance of the goshiwon tenants as well as the past of the suspicious Uhm Bok Soon (Lee Jung Eun). In the previous episode, So Jung Hwa discovered the syringe Seo Moon Jo used to kill Yoo Ki Hyuk. After finding out that the drug that was injected into the syringe was a popular local anesthetic in the dentist’s office, she started to suspect the goshiwon tenants.

In addition, Cho Yoo Chul (Lee Seok), a reporter who happened to witness Shin Jae Ho’s murder, also stirred curiosity among viewers. Will they be able to safely discover the truth of the goshiwon killers? 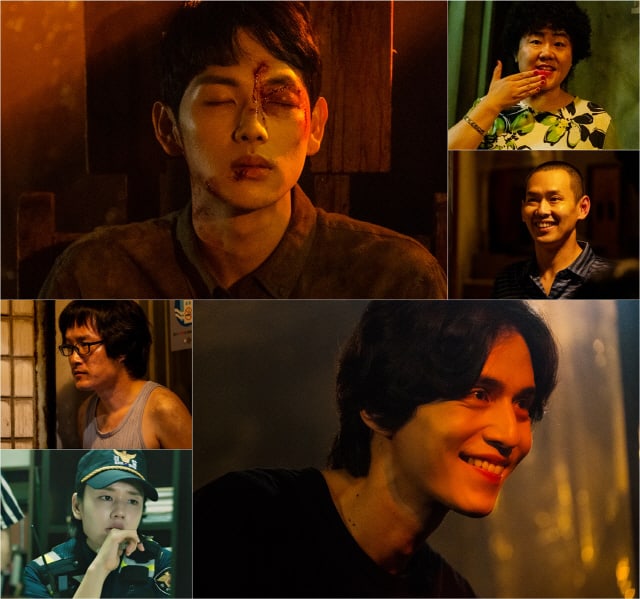 The upcoming finale of OCN’s “Strangers from Hell” will be rated 19+.