10 Of The Best Halloween Costumes Worn By K-Pop Idols

It’s getting closer to the spookiest time of year again! Halloween brings not only tricks, but treats in the form of idols’ costumes. Check out our top 10 idol Halloween costumes below! 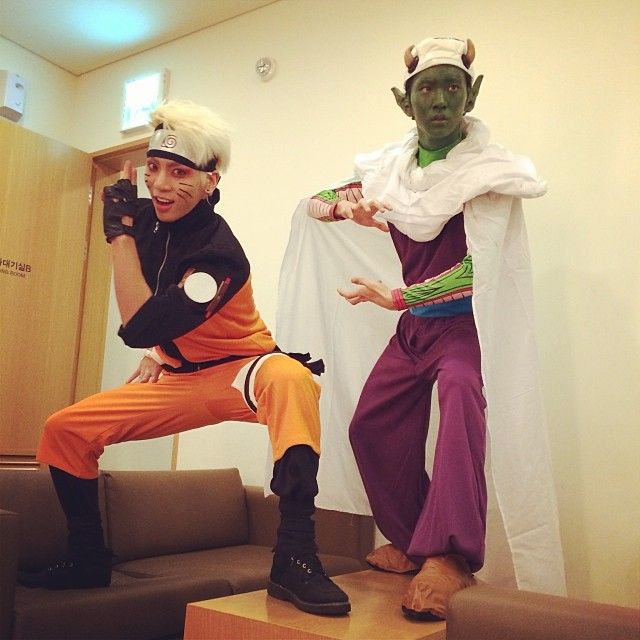 Let’s kick off with a classic. SHINee, especially Key, are known for going all out. Their commitment to their anime costumes was a fun, quirky way to approach Halloween. 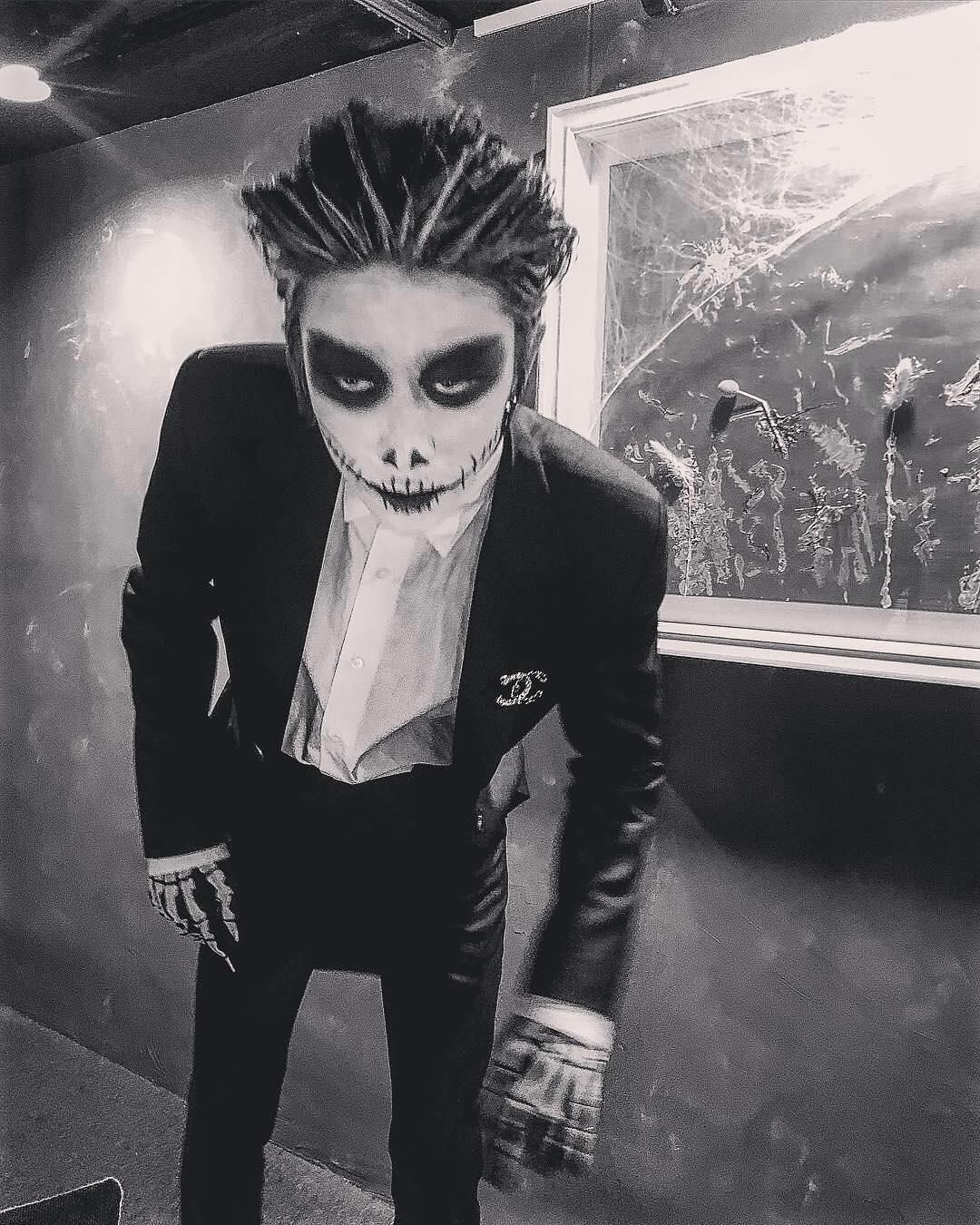 Everything about The8’s costume was perfect! His ghoulish make-up and eerie stare were enough to give you the chills! 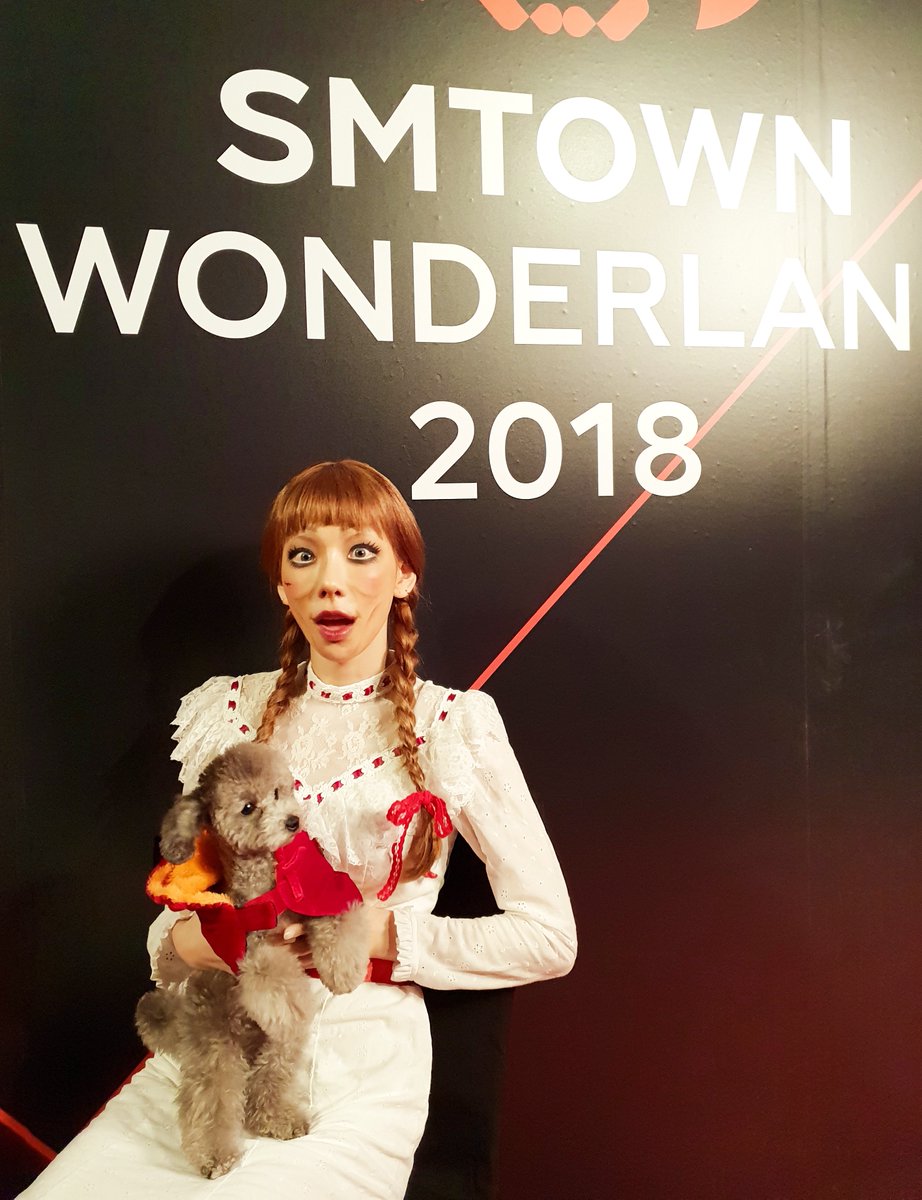 Taeyeon is usually as pretty as a doll, but her Annabelle costume here gave a very sinister look. Even Zero got into the spirit to match her supernatural style.

With this hair color, it was inevitable Suga had to be Chucky. Wielding a knife, and with cuts on his face, he completed the evil doll costume perfectly.

His evil smile didn’t fool anyone! 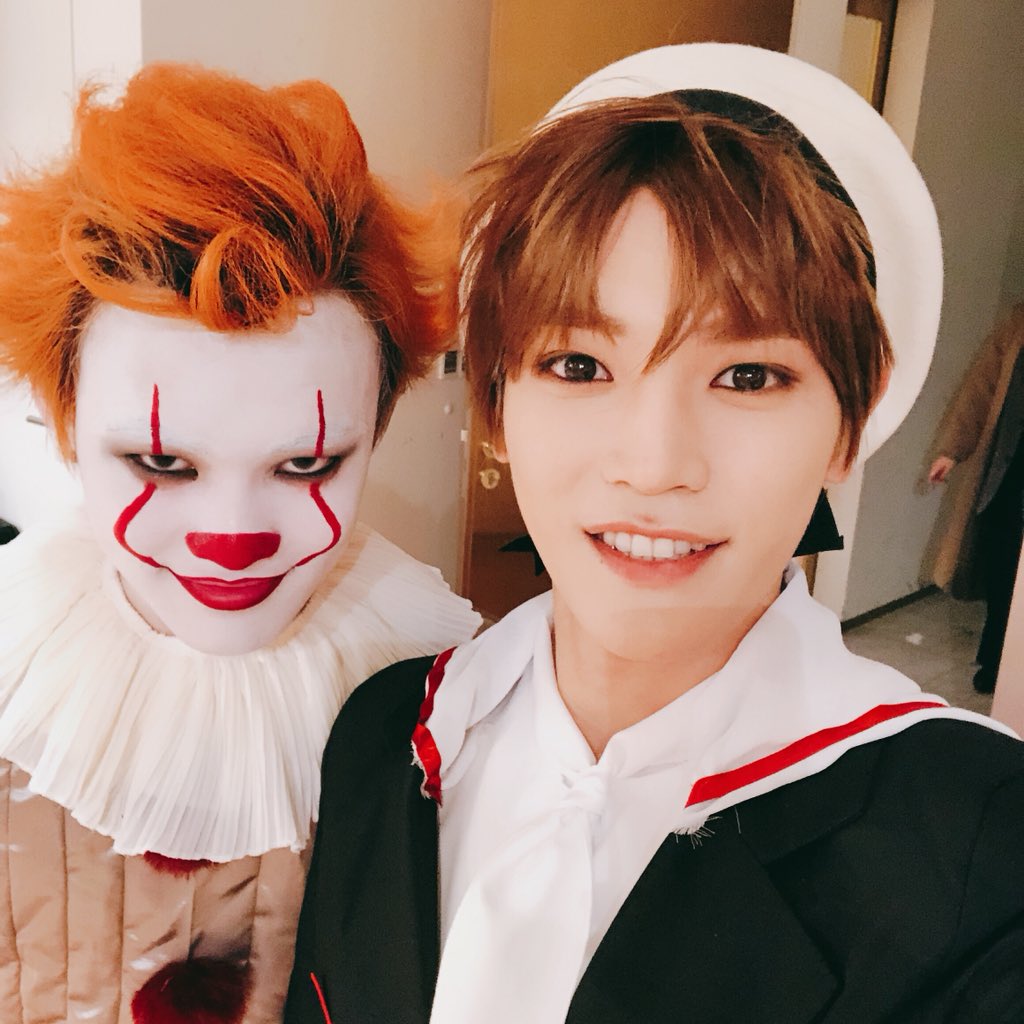 Chenle is sugar sweet, but in this IT costume, he was hair terrifyingly menacing! With his creepy make up on point, Chenle made this phantom clown come to life. 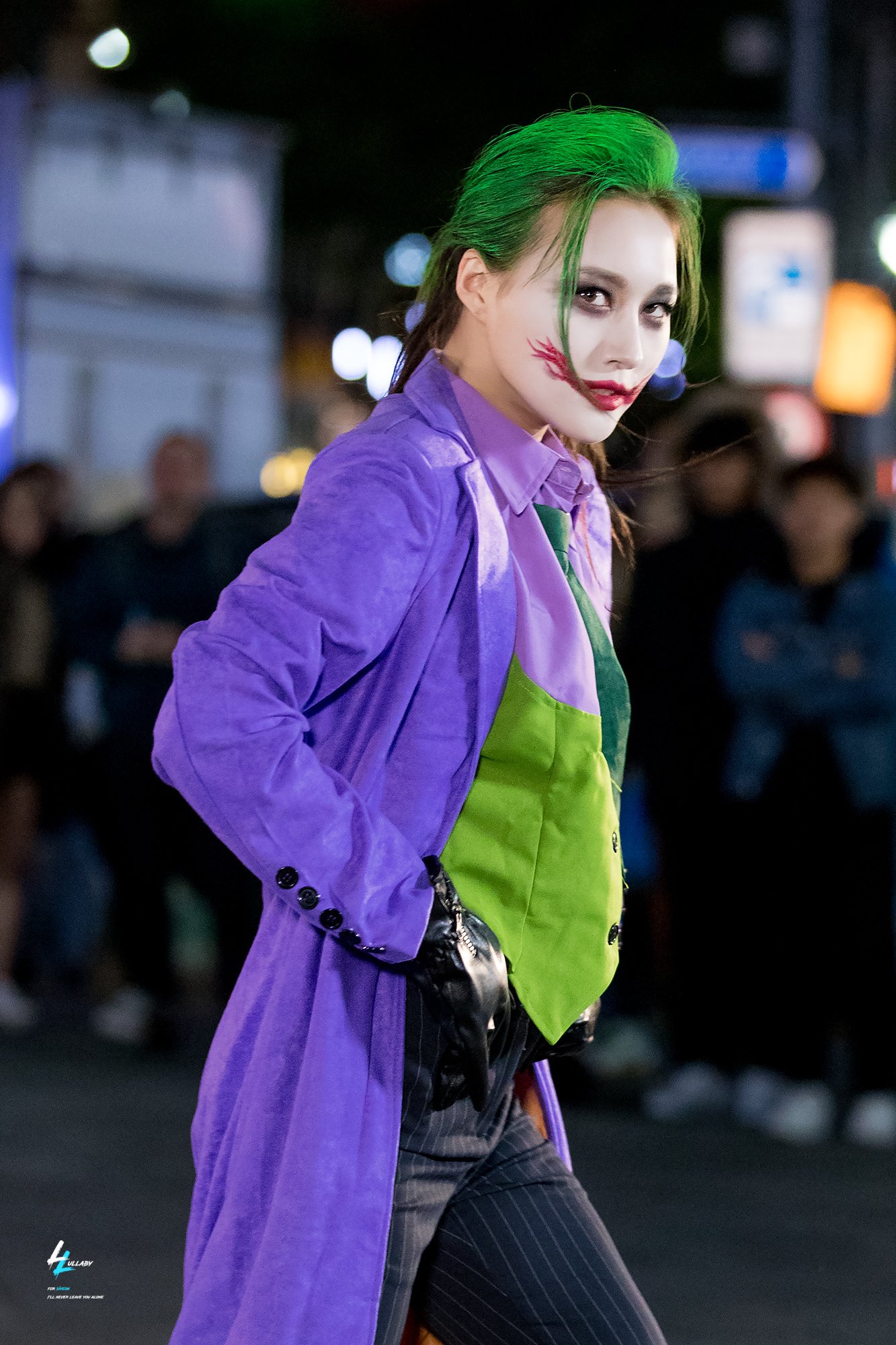 This year the Joker is probably going to be a popular choice for Halloween costumes, but let’s not forget Siyeon’s menacing, but cool approach to this costume.

Siyeon’s take on this classic look was beautifully villainous! 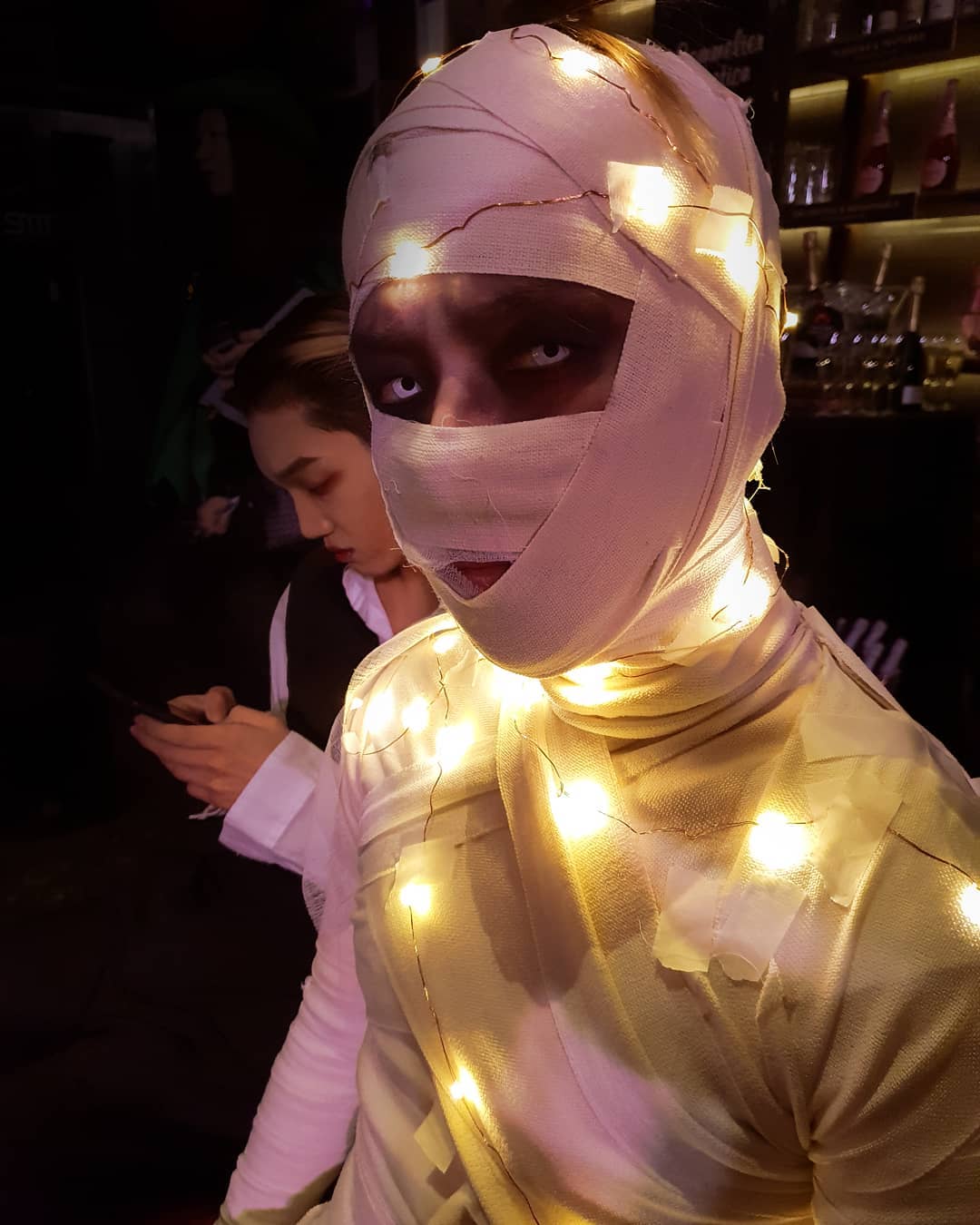 This light-up mummy was a unique idea belonging to Baekhyun. The luminous lenses definitely created a malevolent vibe! 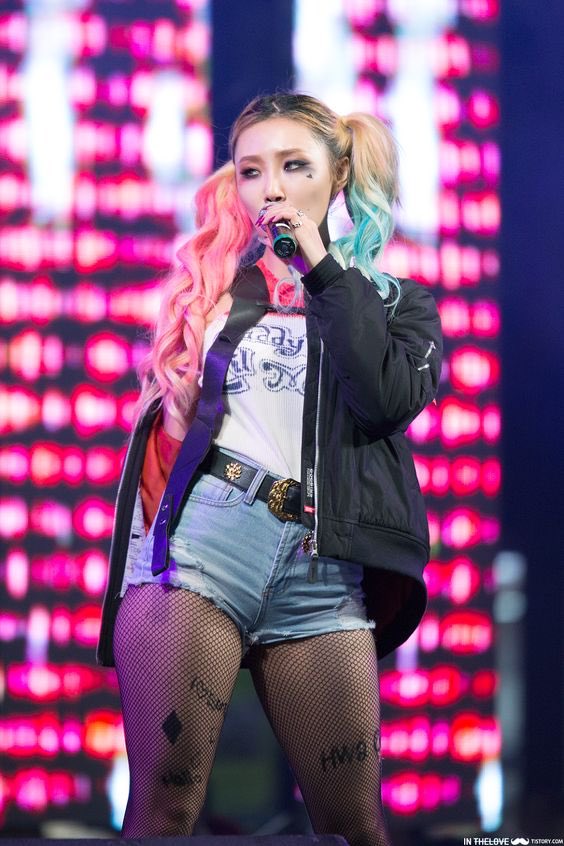 Hwasa looks good no matter what, but this costume was calling her name for sure! Harley Quinn has been worn many times, but Hwasa’s overall badass attitude gave her an edge. 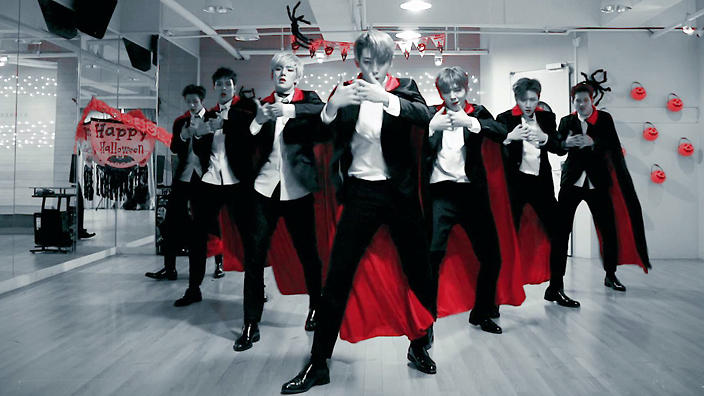 Vampires. Simple, but effective. What’s scarier than a group of blood thirsty vampires coming your way!? MONSTA X donned these looks for a special dance practice, and the contrasting red capes created a monstrous style. 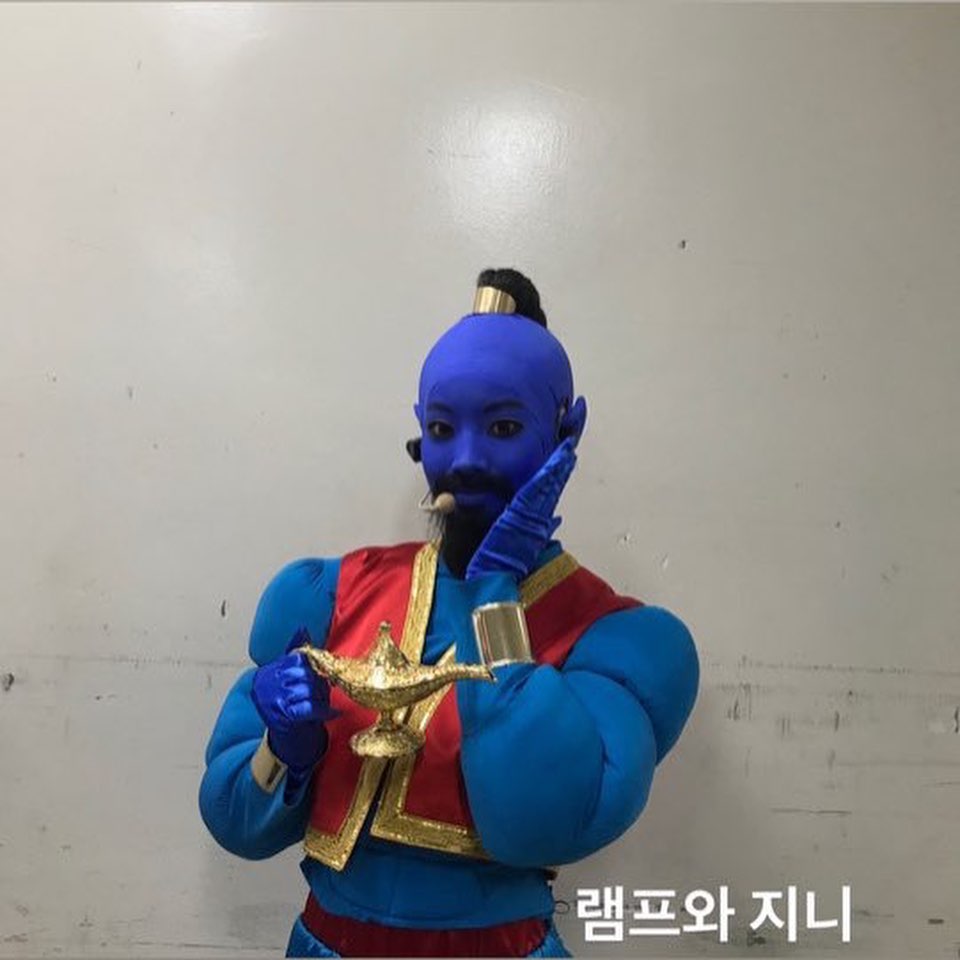 This is the last one on our list, but it doesn’t disappoint. Dahyun always brings her A-game when it comes to Halloween, and this year was no different! It takes guts to cover yourself in blue and wear a bald cap, but Dahyun did it and rocked it!

What were some of your favorite idol Halloween costumes? Comment below, and let’s look forward to another spooktacular Halloween with plenty of spine-chilling idol outfits!

vb2608 is a long time K-pop lover and Shawol. An aspiring writer and K-beauty obsessed, you can see more of her onInstagram.