On the latest episode of MBC’s “The King of Mask Singer,” the identity of contestant Mincemeat was revealed!

During the October 6 episode, Mincemeat and Pig’s Feet showed off their sweet vocals with Jay Park‘s “Joah” in the first round, making Yoon Sang guess both contestants were idols. Eventually, Pig’s Feet won with 61 votes to Mincemeat’s 38, and Mincemeat had to reveal himself.

Mincemeat awed the audience with his passionate singing to G-Dragon‘s “Crooked” and unveiled himself in the middle of the song. The contestant turned out to be none other than Eli, the former rapper of U-KISS! 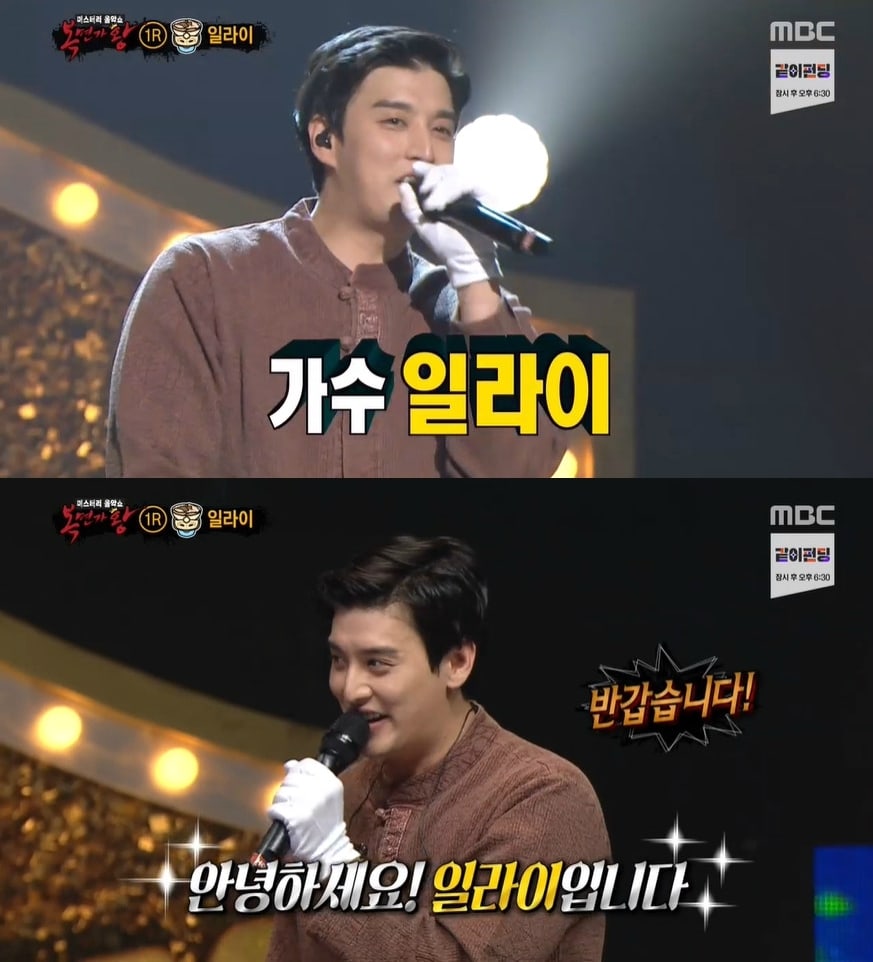 Eli commented, “When I received the offer to be on ‘The King of Mask Singer’, I hesitated. I haven’t sung in a while, and I’ve only been a rapper for 11 years. However, my wife told me I had to go out. She said I wasn’t in the situation to say no. She said I should just appear on the show because no one has any expectations for my singing.”

Then he added, “There was a song that my wife wanted to hear. But I couldn’t sing for her because I wasn’t good at singing, so I’m happy that I was able to sing a song she likes.” He said to his wife, “I sang for you. I will always listen to you and do my best for our family. I hope you enjoyed the song I sang today.”

Eli mentioned U-KISS, saying, “Many people think U-KISS disbanded, but the group still exists and will be active. Please give them a lot of love.”

Eli also thanked his fans via Instagram by saying,

Hey everyone I was on Masked Singer Korea today. After I left U-Kiss I’ve signed with a new company and have been active on variety shows. Being able to focus on what I want to do and being able to spend time with my wife and son, these days have been the happiest days of my life. I was afraid to be on Masked Singer but my wife supported me so much haha. Though I won’t be continuing my ‘Idol’ career I will try and be the best version of ME I can be and I hope you all look forward to that. Thanks everyone!

Catch up with “The King of Mask Singer” below!

Eli
U-KISS
The King of Mask Singer
How does this article make you feel?