The identity of contestant Star Candy was revealed on the latest broadcast of “The King of Mask Singer”!

During the October 6 episode, Biscuit and Star Candy faced off against each other in the first round. They sang Jung Seung Hwan’s “If It Is You,” which was one of the soundtracks for the drama “Another Oh Hae Young.”

Although both contestants mesmerized the audience and panel members with their amazing vocals, it was Biscuit who advanced to the second round with 60 votes. Having received 39 votes, Star Candy stayed on stage to unveil her identity. While singing Rumble Fish’s “Day With Good Feeling,” she took off her mask and revealed herself to be CLC’s Yujin!

The idol said, “CLC and ‘The King of Mask Singer’ debuted in the same year. That’s why I wanted to appear on this show. I’m so nervous right now.”

She added, “I still have the baby soldier image from ‘Real Man 2,’ so many people still think I’m 20 years old. I’m 24 years old, and I’m the second oldest in my group. I’d like to show a more mature and feminine side of me.” 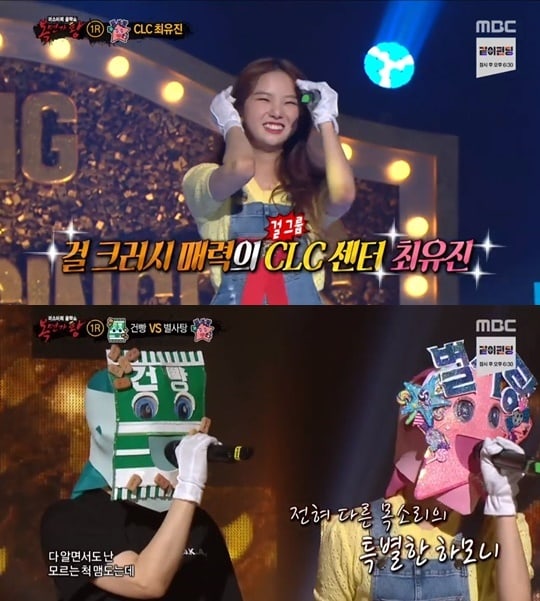 Yujin relayed her gratitude via Twitter on CLC’s official account. She said, “Star Candy was Yujin! I was so happy and thankful to have shared a good performance with you!”

Watch the latest episode of “The King of Mask Singer” on Viki!

CLC
Yujin
The King of Mask Singer
How does this article make you feel?