Exclusive: DAY6 Tearfully Thanks Fans At “Gravity” Tour In Singapore

DAY6 was in Singapore last Saturday, October 5, for the first Southeast Asian stop in their “Gravity” world tour! This was DAY6’s first concert in the country, and it had been almost three years since their last visit for a fan meeting, so Singapore My Days were definitely glad to see them back after such a long gap.

There was never a dull moment in the two-hour long concert, which featured various solo segments and special covers, and it was truly a show that showcased DAY6’s talents and their amazing bond with Singapore My Days! 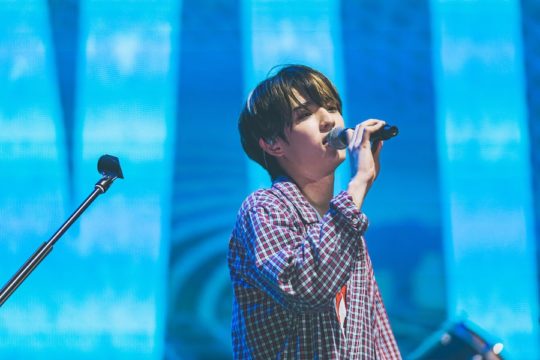 DAY6 kicked off the show with “Best Part” from their latest album “The Book of Us : Gravity,” and right off the bat, Jae got all the fans standing and told them, “This concert is for you, so have fun and go crazy even if the people around you are judging you.” My Days certainly took his request seriously, standing and dancing with the band the whole night without a moment of rest. Jae also shared that DAY6 had seen all of the fans’ requests on Twitter, so they made changes to the concert’s setlist to feature more songs from their earlier albums that they had not played in a long time. 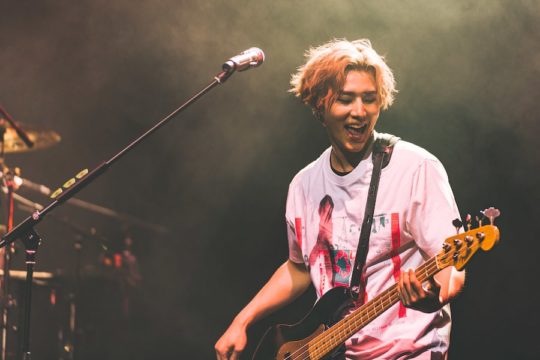 After performing a few songs from their earlier albums like “Sing Me” and “Out of My Mind,” Young K introduced the next part of the concert, saying that these songs from their latest album had been specially created for concerts. Young K expressed his hopes that fans would enjoy them and shared that the next songs, “How to Love,” “For Me,” and “Wanna Go Back,” were his favorite songs from the album. 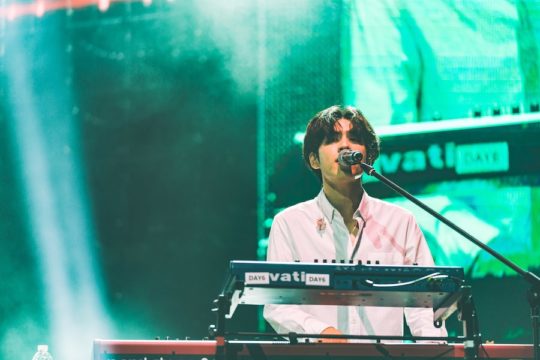 The next segment of the concert featured mash-ups of DAY6’s songs with other artists’ songs like Ed Sheeran’s “Shape of You” with “Like That Sun,” Bruno Mars’s “Treasure” with “Days Gone By,” and Daft Punk’s “Get Lucky” with “Blood.” Wonpil also had a synth solo where he remixed four of DAY6’s songs, “Sing Me,” “Freely,” “Blood,” and “Congratulations.”

In addition to their performances, DAY6, who had never-ending praise for Singapore My Days’ voices and their impeccable command of the Korean language, decided to involve the fans in a special collaboration stage where the band played the instrumentals to “Time of Our Life” and “I’m Serious” while the fans sang for them.

Closing off the main portion of their concert, DAY6 performed two of their most upbeat songs, “Warning” and “Shoot Me.” 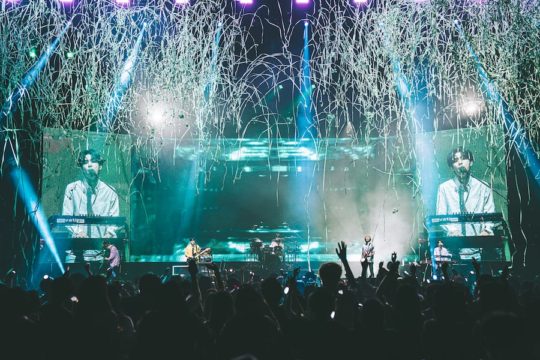 But of course, that was not the end of the concert. The band came back on stage for their encore segment with “Cover.” This was after the screen played a cute video showing their day out at a space museum, where they had fun on various rides that allowed them to experience zero gravity and made zodiac necklaces for fans. Singapore My Days also had a gift for DAY6: a surprise video with messages from fans on post-its and a banner project!

Touched by the fans’ special project, the members were emotional as they performed their next songs “You Were Beautiful” and “Congratulations.”

Totally did not expect sungjin to cry at this singapore concert.. it’s okay to let loose and release your emotions, we will sing your parts on behalf of you? 괘안타, 우리 같이 울자 #예뻤어 #DAY6GRAVITYinSG pic.twitter.com/F0TyLrg0uo

I didn't even realise Young K was sobbing so hard because I kept looking at Sungjin.

Just wanna let this amazing person know that you're loved and you have the absolute right to be happy too. ❤#DAY6GRAVITYinSGpic.twitter.com/aOVHdEoqEh

Before the concert truly ended, the band took some time to share their thoughts and express the endless love and appreciation they had for their fans.

Wonpil started off by saying that he was thankful that they were able to hold a solo concert in Singapore and that fans took time out of their busy lives to attend it. He hoped that My Days enjoyed the concert and that they would always be full of energy and seeing and hearing only good things in their lives.

Young K went next and told the fans, “You are my motivation, you inspire me, and you’re the reason why I sing, why I write songs, and why I go on.” He also had an inspirational message for the fans: “We got this many people telling us that we are doing well, so it might not be enough for you guys, but we want to tell you that you are doing your best. You are doing well, so you have the right to be happy, and we are going to wish you all the happiness that we can.”

Dowoon started off reminiscing about the last time DAY6 was in Singapore. He expressed his gratitude for the fans and said he had a really happy and blessed day at their first concert in Singapore. He also hoped to come back for another concert soon and that everyone would return to see them. 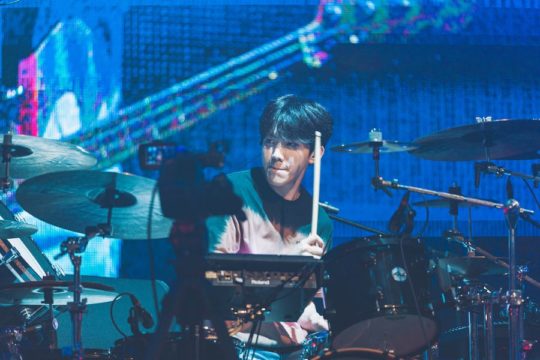 Sungjin had endless praise for Singapore My Days, saying that their voices were great and that he was touched by the surprise event. He said in English that he had worked hard, played hard, and studied hard and that he had always tried to do his best on stage even if he was lacking. He promised fans that he would work harder to become someone My Days can be proud of. 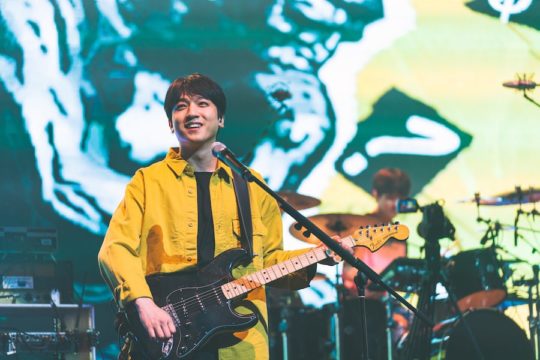 Jae, who went last, told fans about how he was worried that the concert might be awkward since it had been a long time since they were last in Singapore, but his worries disappeared the moment they sang their first song. He said that the fans were so enthusiastic and had such high energy throughout the concert that he couldn’t have wished for a more beautiful day.

After taking a group photo with fans, DAY6 ended the show on a high note with their last tracks of the night, “Dance Dance” and “Freely.”

We definitely hope that DAY6 will return soon and that Singapore My Days will not have to wait so long to see them next time!

If you are also feeling that post-concert depression like us, definitely check out the rest of their world tour dates here and the intriguing trailer the band dropped for their comeback in October here!

Special thanks to Live Nation Singapore for the invitation and photos!

DAY6
Soompi Spotlight
How does this article make you feel?