“Secret Boutique” is a thriller about the struggles of strong women as they battle for power, revenge, and survival. Kim Sun Ah plays Jenny Jang, a poor woman who goes from working at a bathhouse to being a powerful lobbyist. Kim Jae Young plays the role of Yoon Sun Woo. He is the lawyer of J Boutique who is willing to do anything for Jenny Jang, his “older sister” from the orphanage. Despite his cool-headedness and cold demeanor, he becomes weakhearted in front of Jenny Jang.

Kim Jae Young and Kim Sun Ah may portray a complicated relationship in the drama, but they’re all smiles and jokes on set! In the newly-released clip, the two head to an island to film together. First off, Kim Jae Young gazes tenderly at Kim Sun Ah, showing how much Yoon Sun Woo is in love with Jenny Jang. When Kim Sun Ah glances back at him, Kim Jae Young looks away and feigns innocence, causing her lips to quirk upwards in amusement. 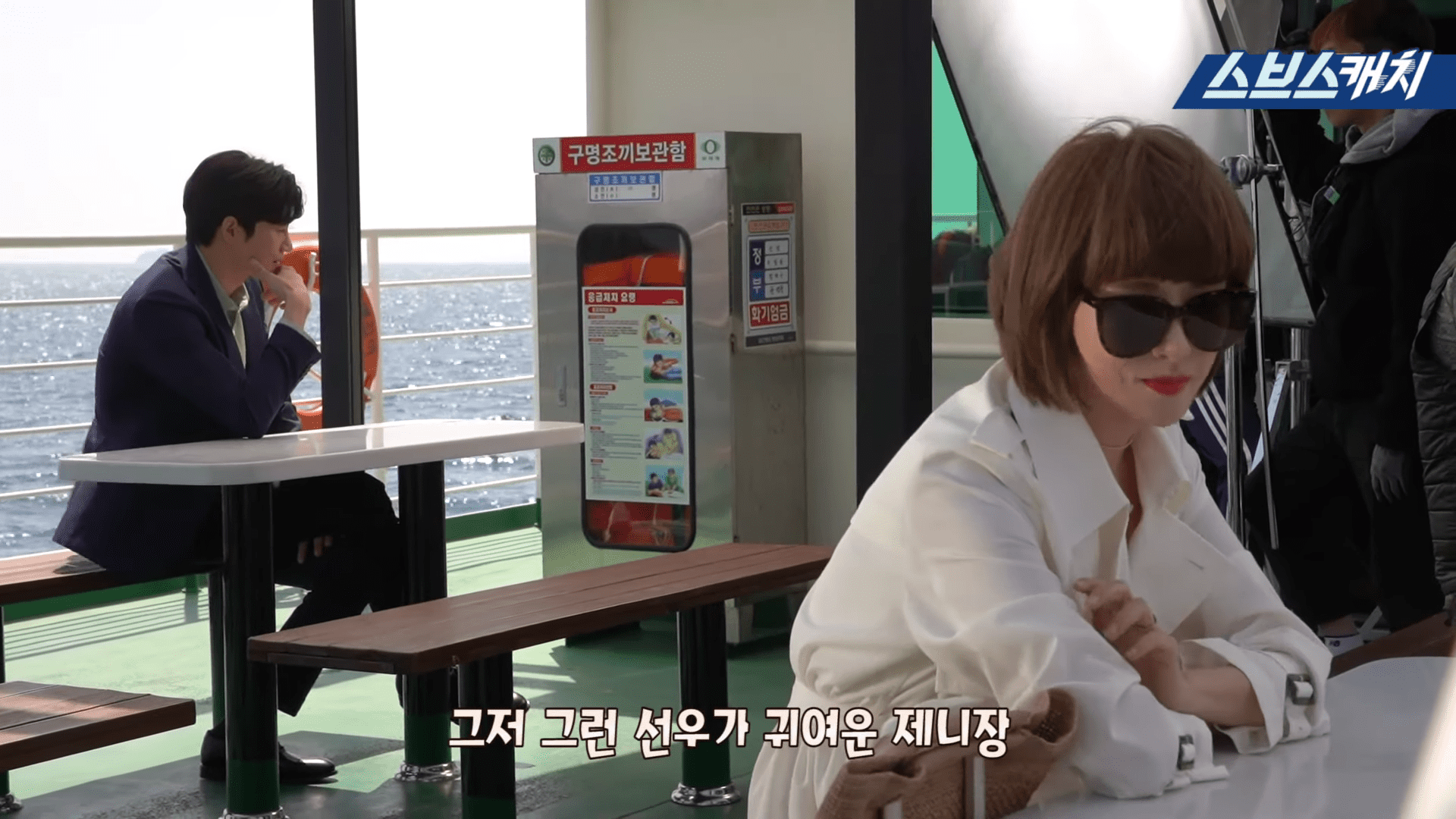 During break time, the two of them play with a dog. Kim Sun Ah comments that the dog is beautiful, and Kim Jae Young smiles at her as the caption reads, “You’re more beautiful.” Kim Sun Ah commands the dog to sit and give her its paw. When she says “hand” in English, Kim Jae Young can’t help but chuckle. 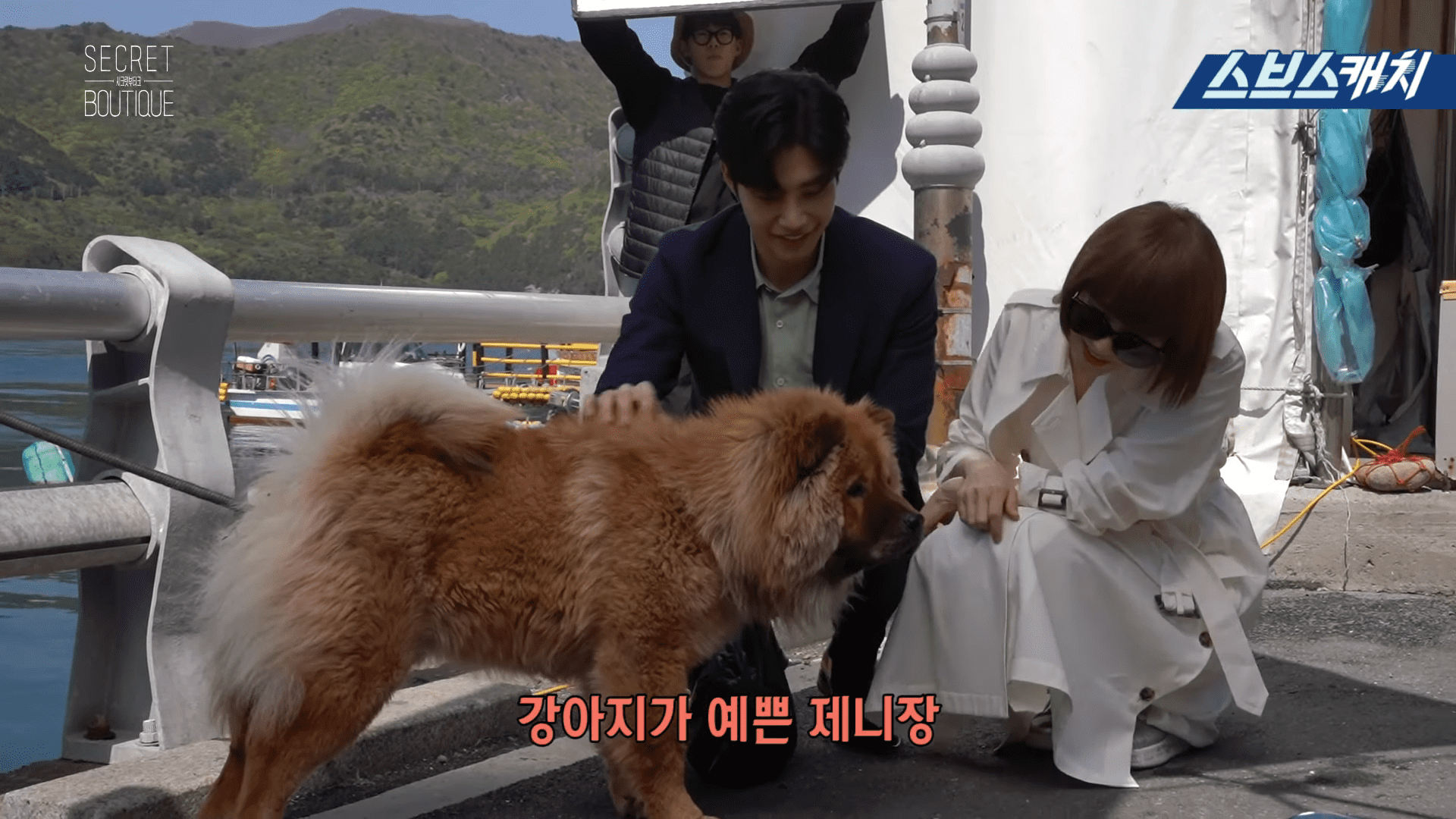 Next, the two actors prepare to film a scene where they’re looking at seafood for sale. Kim Jae Young pokes a sea creature and emits a yelp before commenting on how squishy it is. He keeps touching it and eventually earns playful slaps to stop from Kim Sun Ah.

The camera starts rolling, and Kim Jae Young is directed to gaze at Kim Sun Ah in a loving way. However, he gazes at her with too much love, causing the director to halt filming. The director teases Kim Jae Young for going overboard, and the actor shuts his eyes in embarrassment. 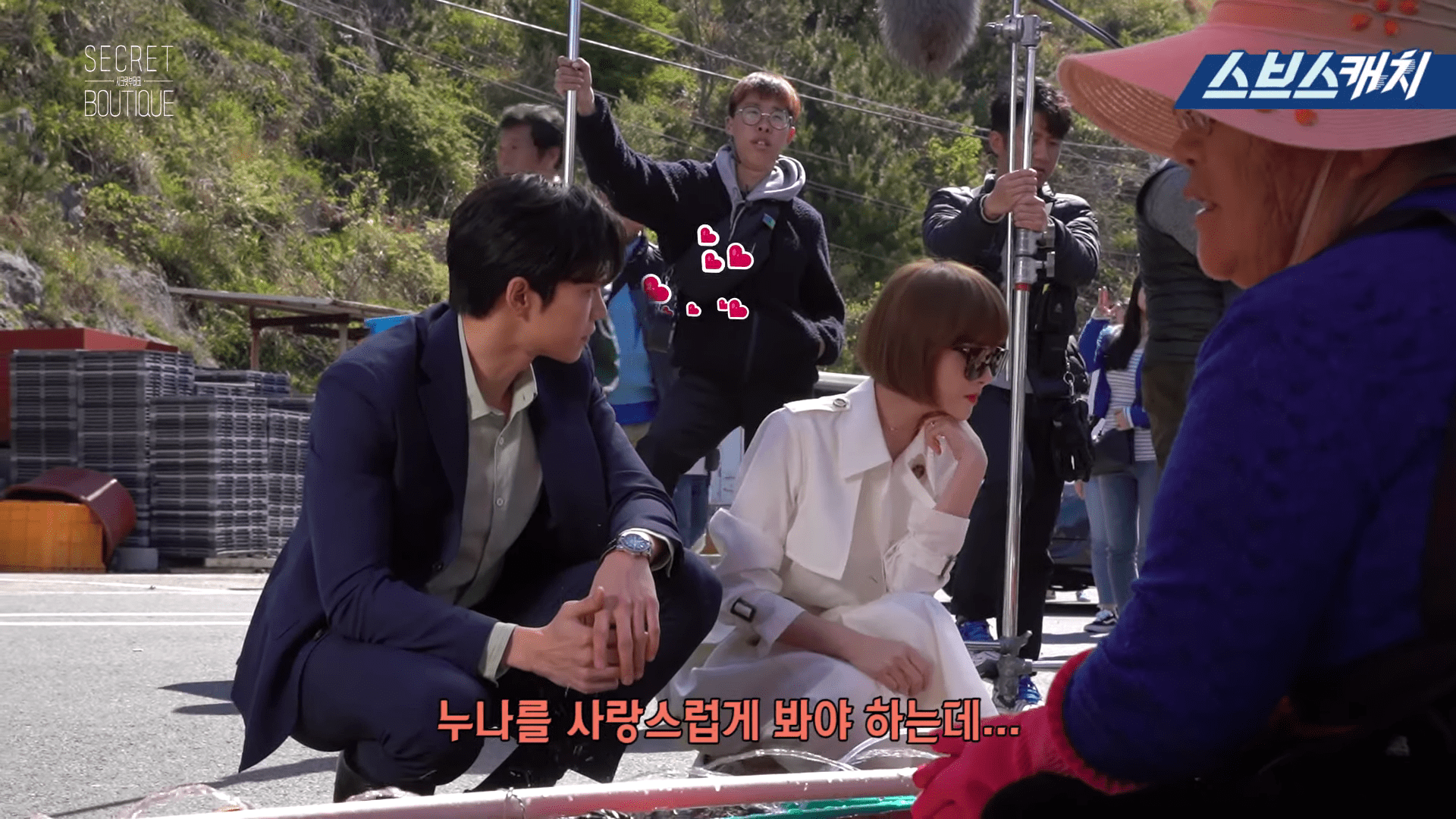 Later on, Kim Sun Ah and Kim Jae Young try different seafood. They both seem to enjoy it, but Kim Jae Young tries one that isn’t exactly his style, and he grows quiet with a mysterious smile on his face. He spots the camera and shakes his head in rejection.