A Story Of What Really Matters In Life: 5 Reasons To Watch C-Drama “Mr. Fighting”

The slice-of-life drama “Mr. Fighting,” which is adapted from the novel of the same name by Zi You Ji Guang, is one of China’s big summer hits of 2019. At the center of the story are four people: struggling actor Hao Ze Yu (Deng Lun), his new assistant Fu Zi (Sandra Ma) and his new agent Niu Mei Li (Ni Hong Jie), as well as Fu Zi’s dad Fu Fang Shu (Han Tong Sheng), a taxi driver who also starts to work as Hao Ze Yu’s personal driver. Together, the four of them fight for Hao Ze Yu’s dream of becoming a well-known actor.

“Mr. Fighting” not only gained attention for its star cast, but also for the meaningful messages it delivers. One might expect a fluffy rom-com set in the glittering world of show biz upon reading the outline of the drama, but “Mr. Fighting” is far from that. Instead, the drama depicts the daily struggles of you and me, that is to say it’s a realistic story about ordinary people.

One of the drama’s strongest points is the well-written and fleshed out characters, paired with an excellent cast choice. Deng Lun and Sandra Ma prove that they are A-level actors as they fully immerse themselves into the characters and make you believe they’ve never been anyone else. 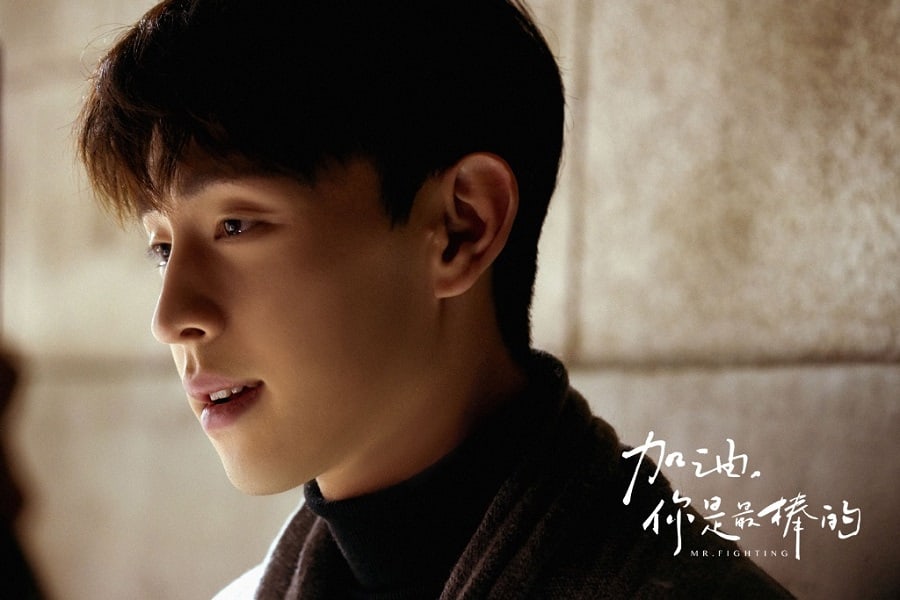 Hao Ze Yu (Deng Lun) entered the entertainment industry through a talent show, but has since then been struggling for 10 years as an actor who even has to fight to be cast in minor roles where his face can barely be seen. Nonetheless, he never gives up on his dream and continues on. He is prickly like a hedgehog and thus often bickers with the people around him, but he’s also quick to reflect on his wrongdoings. 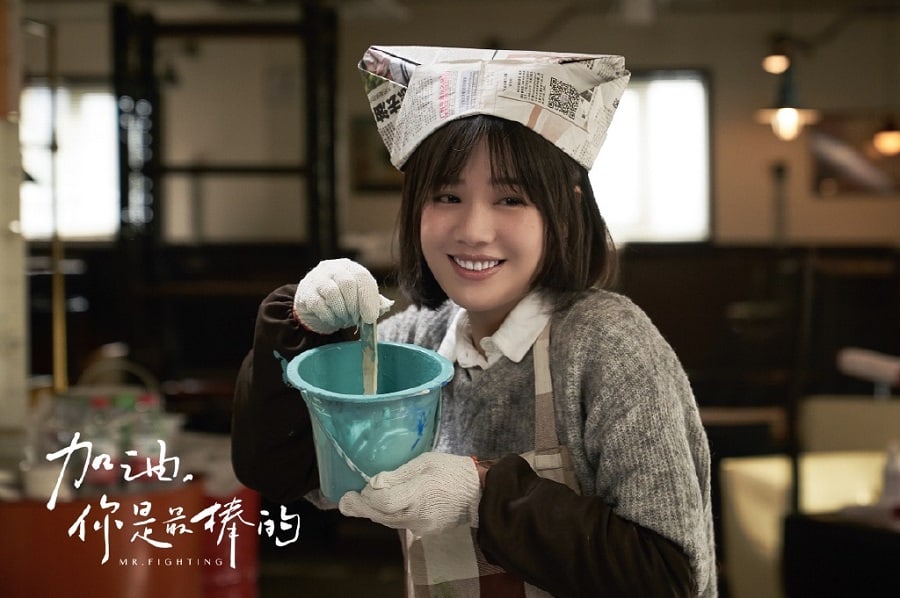 Fu Zi (Sandra Ma) is a warmhearted person who infects others with her energy and positivity. She is an ordinary young woman with neither a good education nor outstanding looks. In fact, she is often teased for being chubby, yet she is surprisingly confident in herself. She doesn’t see her weight as a flaw and fully embraces her body, which shows real strength of character. We definitely need more female leads like Fu Zi in Dramaland.

Fun fact: Actress Sandra Ma proved her devotion to her work by gaining 7.5 kilograms (approximately 16.5 pounds) for her role as Fu Zi instead of wearing a fat suit. 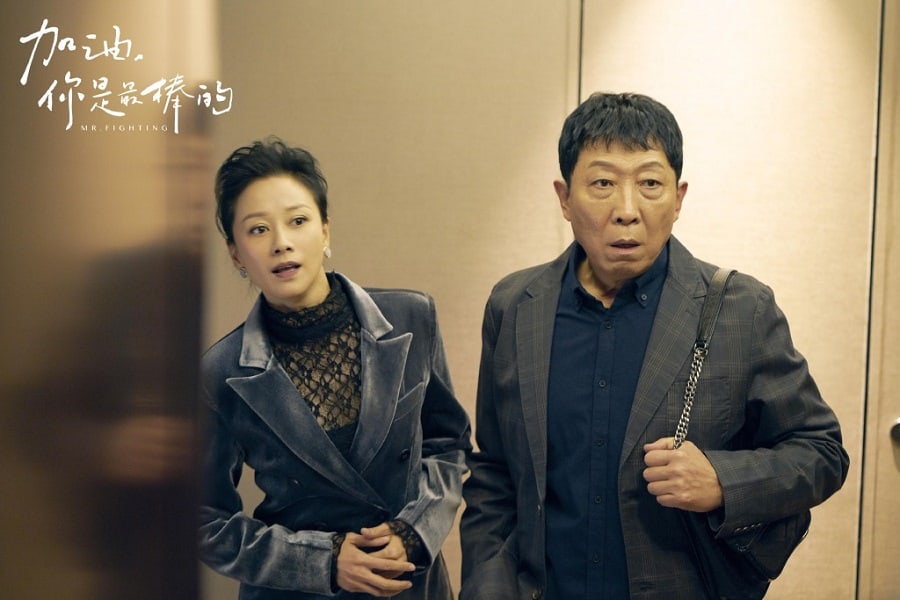 Niu Mei Li is a middle-aged single woman who is still struggling to find her path in life. After failing at running a restaurant, she gets the chance to start out as an agent when her friend, Hao Ze Yu’s former agent, wants to sell his contract. Niu Mei Li is shrewd, which is perfect in order to survive in the harsh entertainment industry, but not cunning. She has principles and morals and is kindhearted.

Fu Zi’s dad, Fu Fang Shu, has a big and warm heart just like his daughter. He has quite the temper, though, and often says the opposite of what he really means, but his actions always show his true intention.

An insight into the world of struggling actors

“Mr. Fighting” shows us a side of the entertainment industry that is very different from the glittering world of fame that can usually be seen. The drama reminds us that only a few actors make it to the very top while the vast majority play minor roles and can barely make ends meet. As we see Hao Ze Yu going through numerous hardships, we realize that it requires a lot of passion and devotion to last in this harsh industry. 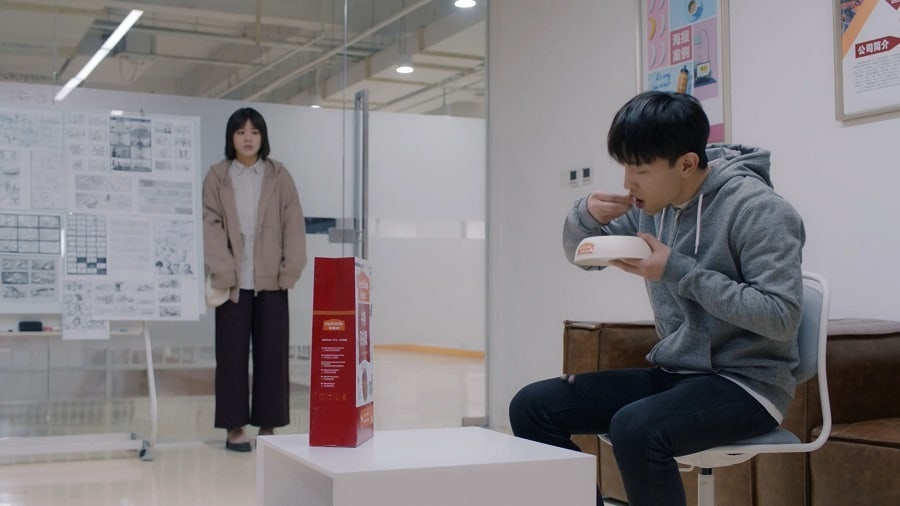 A family that radiates warmth

What Hao Ze Yu, who has been struggling in Beijing all alone for 10 years, actually needs even more than a successful career is the warmth and comfort of a family, and he finally finds a family in Fu Zi, her dad, and Niu Mei Li, who genuinely care for him. How Hao Ze Yu learns to appreciate and cherish this precious gift is one of the main arcs of the story. 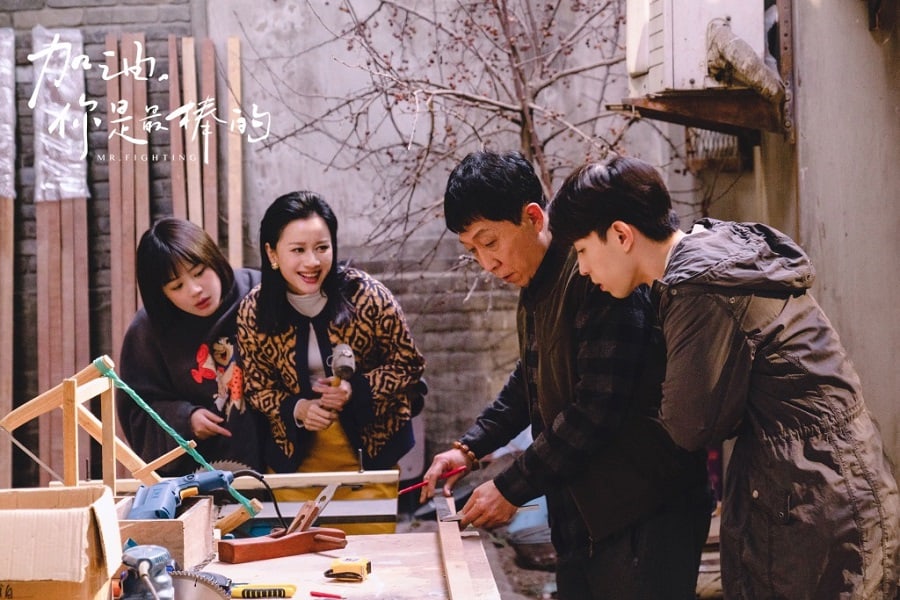 The realistic transition from friends to lovers

The love between Hao Ze Yu and Fu Zi is not one that comes unexpectedly with a bang like fireworks but a warm and fuzzy one that burns slowly like sparkles. Just like the drama focuses on ordinary people, the love story depicted is also ordinary yet beautiful. It takes time before feelings develop, and they naturally go from close friends to lovers. 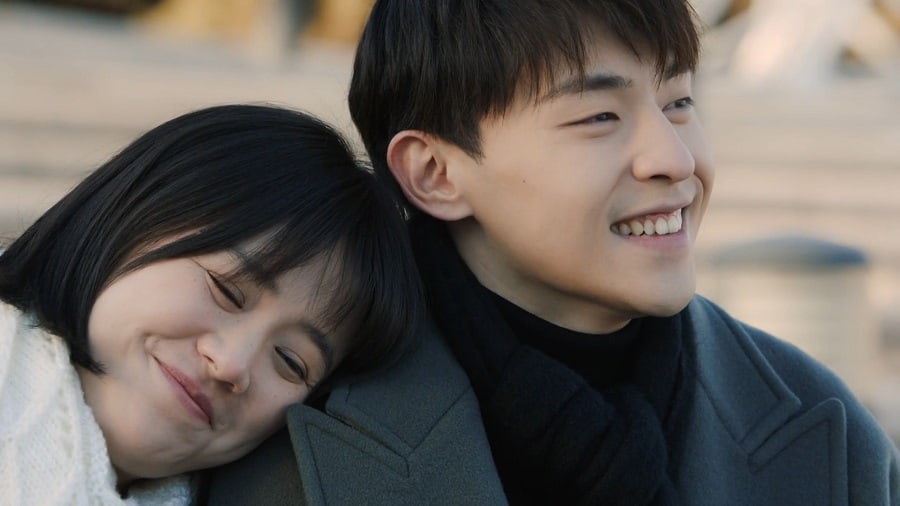 Even though the main genre of the drama is slice of life, there are also plenty of comic situations that brighten up the atmosphere and make “Mr. Fighting” an easy watch despite its unadorned depiction of life with all its hardships. You will find yourself laughing out loud together with the characters many times throughout the drama.

Hao Ze Yu trying to prove his versatility by acting as a woman.

Hey Soompiers! What did you love most about “Mr. Fighting”? Let us know in the comments below!

Currently watching: “The World Owes Me A First Love,” “When the Camellia Blooms,” Secret Boutique,” “Melting Me Softly”
All-time favorite dramas: “Ode to Joy,” “Back in Time,” “From Survivor to Healer,” “Children of Nobody,” “My Ahjussi,” “Welcome to Waikiki”
Looking forward to: “Awakening of Insects,” “The Lies Within,” “Psychopath Diary”