“Vagabond” tells the story of a stuntman named Cha Dal Gun (played by Lee Seung Gi) who stumbles upon a massive corruption scandal while trying to uncover the hidden truth behind a mysterious plane crash. He ends up investigating the case alongside National Intelligence Service (NIS) secret agent Go Hae Ri (played by Suzy).

Although the drama deals with serious themes and is packed full of intense action, the stars still managed to keep the mood light on set, flashing bright smiles whenever a camera was turned on them. They showed strong teamwork as they encouraged and looked after one another through their long period of overseas filming in Morocco and Portugal. 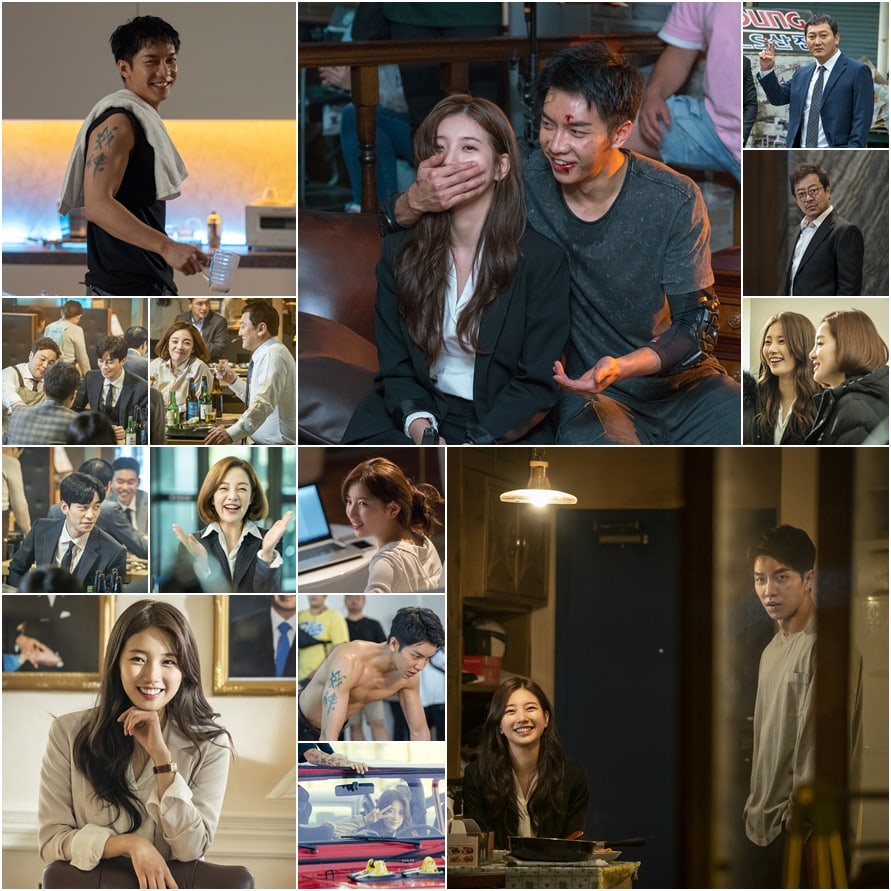 Lee Seung Gi filled the set with his signature positive energy and poured all of his strength in his acting. In between takes, he could be seen doing push-ups and building up his strength to take on difficult action scenes.

Suzy was also a strong presence on set. She made the surroundings feel twice as bright with her friendliness towards her co-stars and the crew, energizing everyone with her smile.

Despite playing the gruff Ki Tae Woong in the drama, Shin Sung Rok was the epitome of kindness with his gentle and witty demeanor, warming up the atmosphere and making everyone feel comfortable.

Jung Man Sik also showed off a charm that differed from his villainous role as Min Jae Shik by cracking everyone up with his jokes. Meanwhile, Lee Ki Young listened sincerely to the concerns of his juniors and provided advice, displaying a wise side of himself that was fitting of his role as the leader of the NIS.

The production company Celltrion Entertainment stated, “The teamwork and perfect chemistry of the ‘Vagabond’ cast is the number one factor that makes the drama a success. Viewers can continue to anticipate the passionate performances of the actors in the upcoming story.”