On October 8, Good Data Corporation shared their weekly rankings of the most buzzworthy dramas and actors. The results are from the company analyzing 25 currently airing and upcoming dramas from September 30 to October 6, taking into consideration netizen responses from news articles, blogs, online communities, videos, and social media.

KBS 2TV’s Wednesday-Thursday drama “When The Camellia Blooms” has risen to the top of the rankings from No. 4. Lead actress Gong Hyo Jin has also risen to No. 2 on the rankings for buzzworthy actors.

Meanwhile, OCN’s “Strangers From Hell” rose to No. 2 as the drama came to an end on October 6, with lead actor Im Siwan rising one spot to No. 8 for actors. Following them in third place was KBS 2TV’s “The Tale of Nokdu,” with Jang Dong Yoon and Kim So Hyun taking No. 3 and No. 5 respectively in their first week.

Following them is JTBC’s “Flower Crew: Joseon Marriage Agency” in No.. 4, with Park Ji Hoon maintaining his spot at the top of the list of buzzworthy actors. SBS’s “Vagabond” was No. 5, with actors Suzy and Lee Seung Gi coming in at No. 6 and No. 7.

Other notable dramas are JTBC’s “My Country” and MBC’s “Extraordinary You,” entering the rankings for their first weeks in No. 6 and No. 7 respectively. The three lead actors of “My Country,” Yang Se Jong, AOA’s Seolhyun, and Woo Do Hwan all entered the top ten of the buzzworthy actors as well, ranking in No. 4, No. 9, and No. 10 respectively. 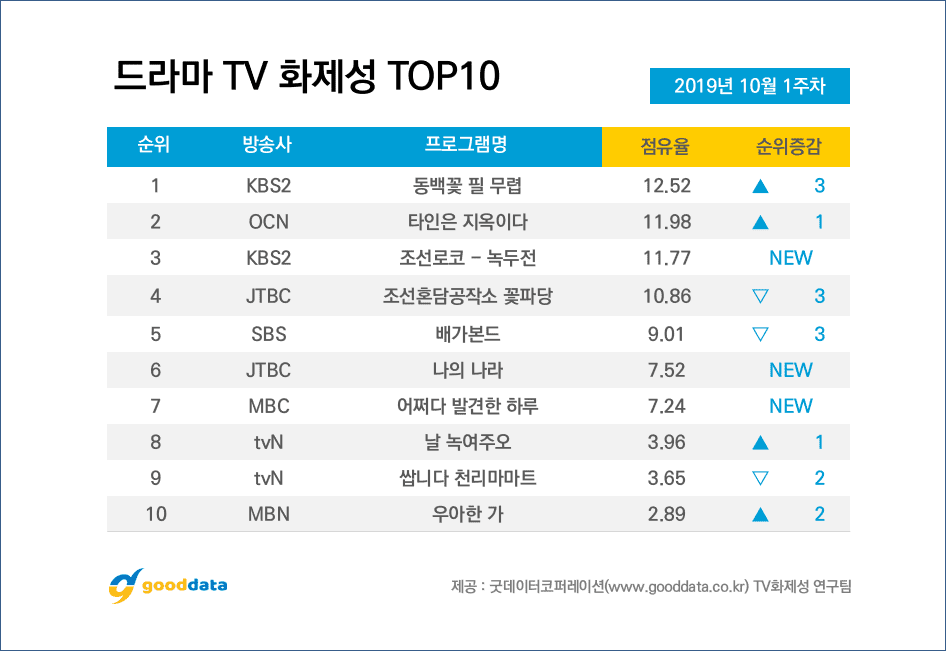 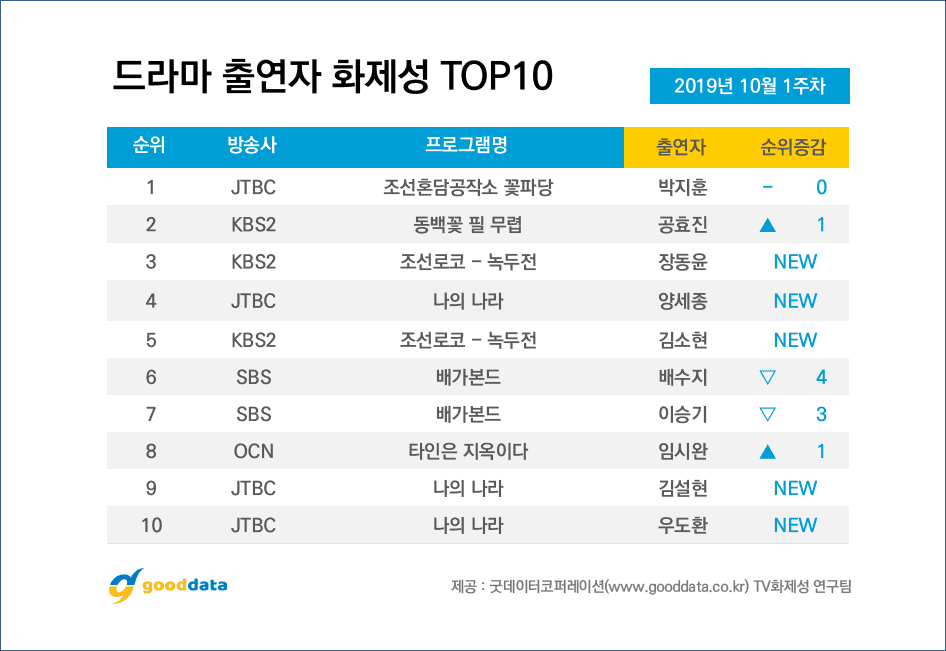