TWICE has been selected as brand models for mobile game “Dragon Xeneration: War of the New Century”!

On October 8, Efun Company released a teaser featuring TWICE who recently made a comeback with “Feel Special.”

In the clip, the girl group gives viewers a preview of various weapons that will be included in the game as well as the new kind of war that’s to come. The members will participate in various promotions to advertise the upcoming game.

Taking place in the near future, “DX: War of the New Century” is a mobile MMORPG (massively multiplayer online role-playing game) where players can enjoy endless battles through various lifestyle content and roles such as a superstar or chef. The game includes modern forms of entertainment such as theme parks, exercise machines, cafés, and racing. 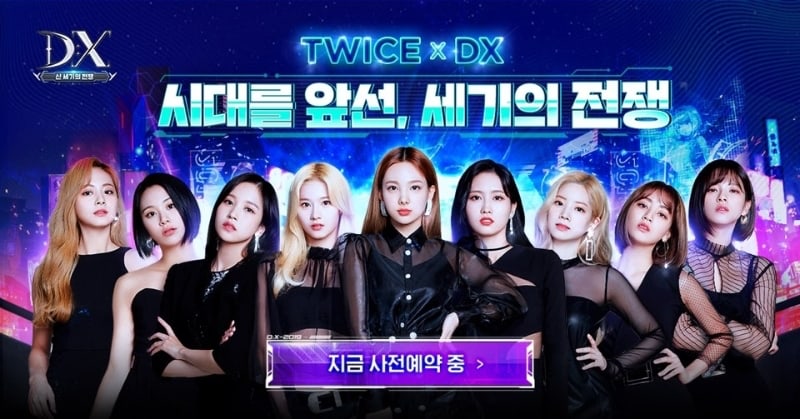 Players can also partake in battles as a warrior and swordsman, long-distance shooter, magician and assassin, healer and magician, and more. The game also includes PVE (player versus environment) dungeons, large-scale raids, and guild battles.

A source from the company said, “By actively promoting the game with TWICE, we aim to make ‘DX: War of the New Century’ more fun with more people playing together, so please look forward to it.”

Check out the teaser featuring TWICE below: