Kim Hye Yoon continues to forge her own destiny in MBC’s “Extraordinary You!”

“Extraordinary You” tells the story of a high school student named Eun Dan Oh (Kim Hye Yoon) who discovers that she is a character in a manhwa (Korean comic). When she meets a nameless extra in the story known only as “No. 13” (SF9’s Rowoon), she decides to go against her predetermined fate and find true love.

In previous episodes, Eun Dan Oh discovered that she was not the heroine of the manhwa but instead one of the extra characters. The protagonists of the manhwa are Yeo Joo Da (APRIL’s Naeun) and Oh Nam Joo (Kim Young Dae), and all Eun Dan Oh’s lines and behavior existed only as fringe elements to their main storyline. Not satisfied with playing this supporting role, Eun Dan Oh decided to change the story that the manhwa writer has planned out for her.

In new stills released by MBC, Kim Hye Yoon and Rowoon notice each other in the background as Naeun and Kim Young Dae’s love story begins unfolding in earnest. 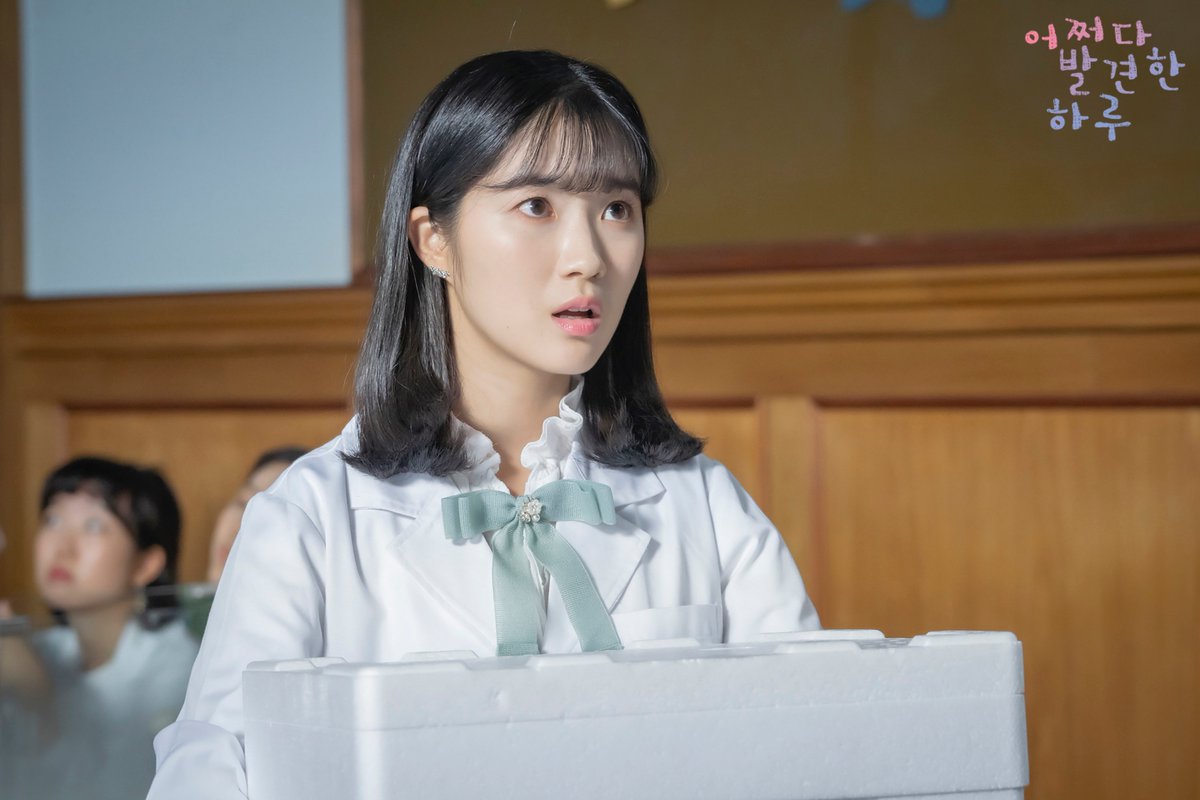 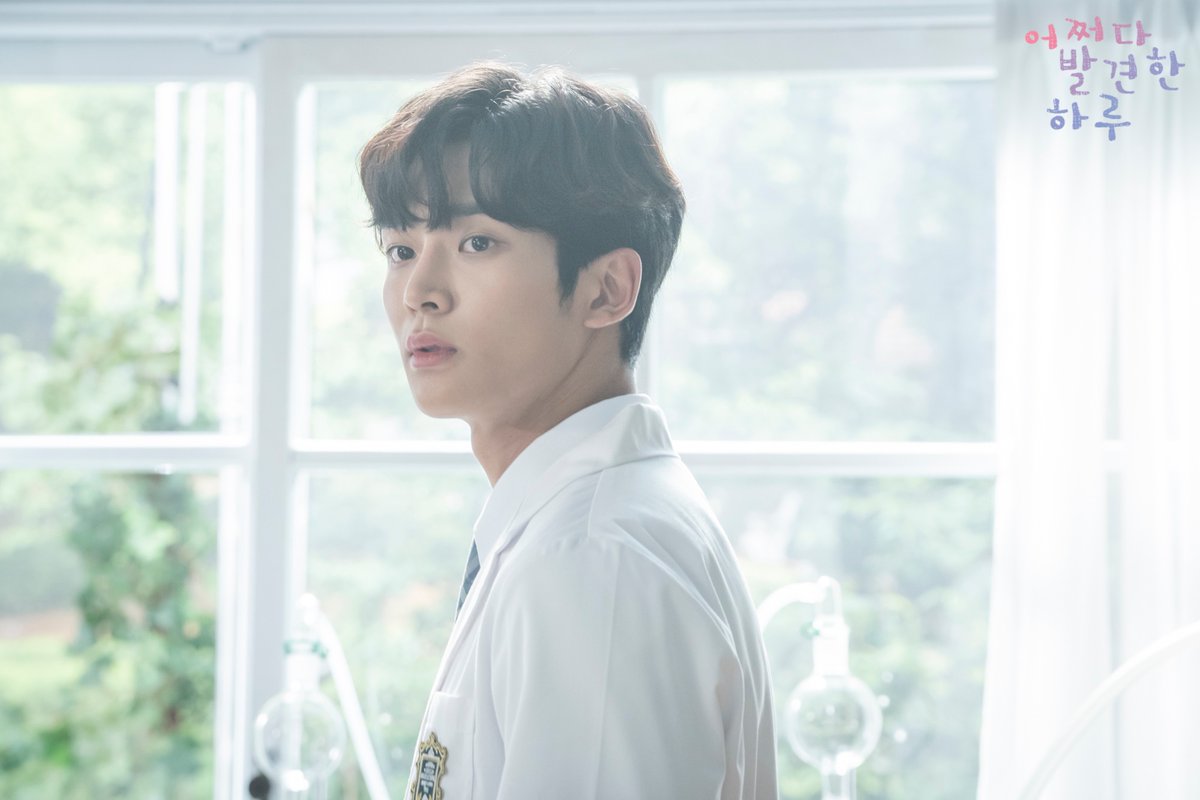 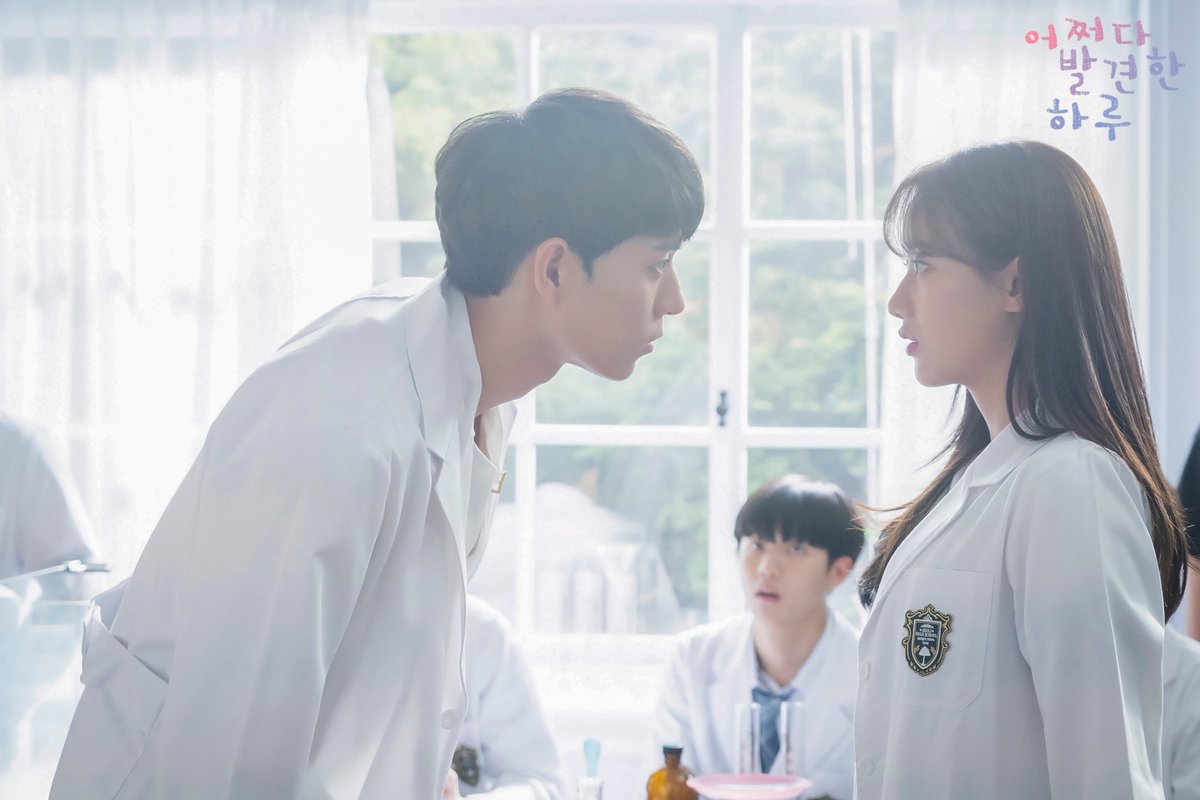