Gong Hyo Jin and Oh Jung Se will be having a tense meeting in the upcoming episode of KBS 2TV’s “When the Camellia Blooms.”

“When the Camellia Blooms” tells the stories of three couples in different stages of love. The drama will focus on the romance that blossoms between Dong Baek (Gong Hyo Jin), a woman who is trapped in a certain perception about love, and Yong Shik (Kang Ha Neul), who shows undying support and love for her. 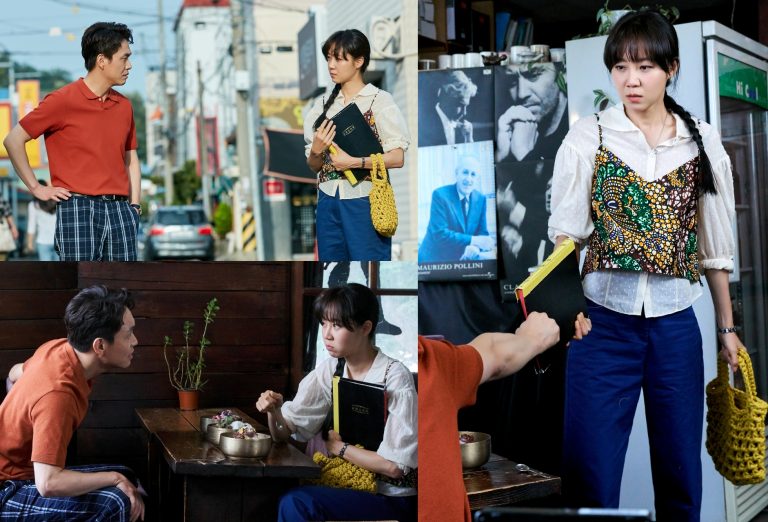 In the newly revealed stills, Dong Baek holds a black notebook in her hand while Noh Kyu Tae (Oh Jung Se) makes a move as if to steal it from her. The other photos showcase Kyu Tae becoming angry when he isn’t given peanuts and glaring at Dong Baek after declaring that he will sue her. Dong Baek refuses to back down and stares at him with an icy expression. Viewers are wondering if Dong Baek will be able to keep her black notebook safe.

In the previous episode, Dong Baek was unable to accept Kyu Tae’s obnoxious behavior any longer and made the decision to confront him. Dong Baek took out her black notebook that detailed frequent customers’ obnoxious behavior and revealed every detail of Kyu Tae’s actions, which included sexual harassment, horrible drinking habits, and dining and dashing. Dong Baek then vowed to take legal action against him.

The next episode of “When the Camellia Blooms” airs on October 9 at 10 p.m. KST.

Gong Hyo Jin
Oh Jung Se
When the Camellia Blooms
How does this article make you feel?