AKMU’s Lee Soo Hyun opened up about her thoughts on education and being a middle school graduate in MBC’s “Human Documentary: People Are Great.”

The episode that aired on October 8 followed AKMU’s Lee Chan Hyuk and Lee Soo Hyun as they went through their daily lives during their comeback.

During the episode, the topic of education was mentioned. Lee Chan Hyuk and Lee Soo Hyun moved to Mongolia at the age of 10 and 13 [by Korean reckoning] with their parents who were doing missionary work. Lee Chan Hyuk explained, “We were facing economic difficulties, so we couldn’t go to school and were instead homeschooled. But if we had never gone to Mongolia and done that, we definitely wouldn’t be where we are now. If we hadn’t been homeschooled, we might have never discovered our talents.” 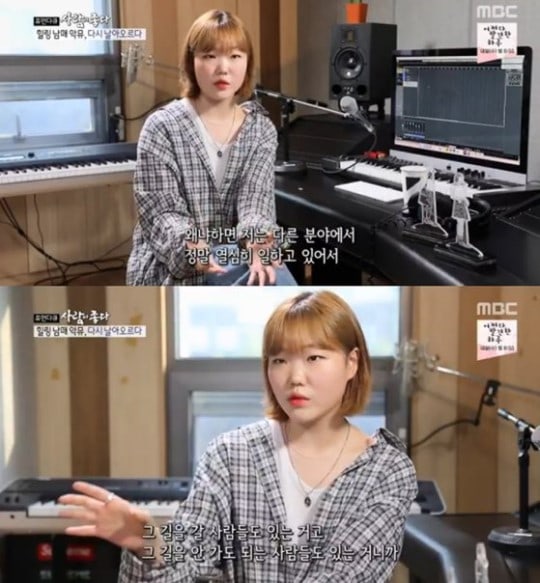 Lee Soo Hyun spoke candidly as she said, “I haven’t taken the high school qualification exam yet. I took the elementary school one and middle school one, but I’m not that interested in studying. I’m not that good at it either.” She went on to say, “But I don’t think that’s something that diminishes me as a person because I’m working very hard in a different field. There are people who are meant to walk down that path, and there are people who aren’t.”

The pair was also asked if they ever felt envious of student life when they performed at college festivals and Lee Soo Hyun said, “At first, I used to think, ‘Wow, I really want to go there too,’ but since I find so much joy in being on stage right now, I’m not envious.”

AKMU recently came back with “How Can I Love the Heartbreak, You’re the One I Love.”

AKMU
Human Documentary: People Are Great
Lee Suhyun
How does this article make you feel?