The first stills of Jung In Sun in “Psychopath Diary” have been revealed!

This upcoming tvN drama is about Yoon Dong Shik (played by Yoon Shi Yoon) who coincidentally witnesses a murder, loses his memory in an accident while fleeing the scene, and mistakes himself for the serial killer upon waking up to find the murderer’s diary in his hands.

In the stills, Jung In Sun looks charismatic in her police uniform. She will portray Shim Bo Kyung, who chooses reality over her dreams and maintains her passion while working as a neighborhood cop. Her pure charms, however, still shine through. She patrols the neighborhood and responds to residents in a friendly manner.

A source from the drama said, “I was in awe as Jung In Sun used her strong acting background to transform into Shim Bo Kyung since her first day of filming. She’s filling the set with laughter as she shows an easygoing, friendly appearance along with pure, lovely charms as a neighborhood police officer. Please look forward to the legendary acting and charms that Jung In Sun will show as Shim Bo Kyung.” 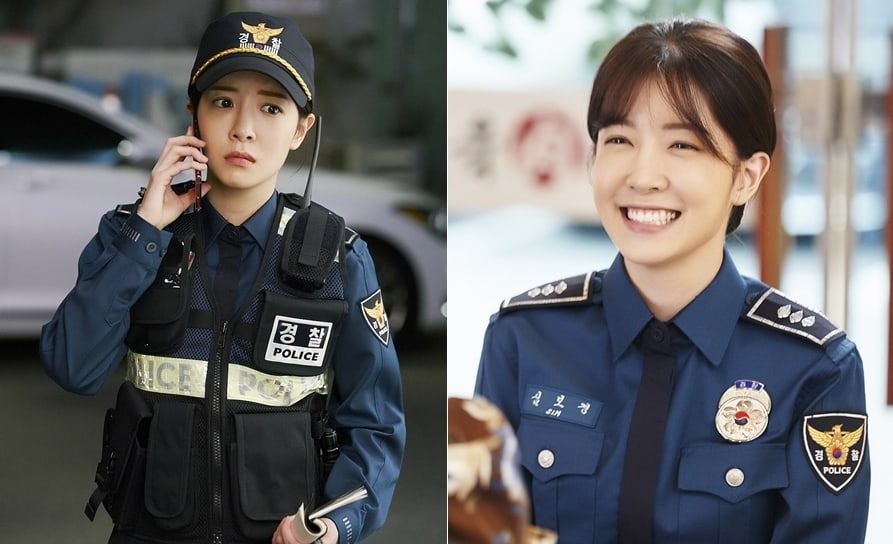 Jung In Sun
Psychopath Diary
How does this article make you feel?