Watch: ATEEZ’s San Bravely Dances To EXO, ITZY, And More While Swimming With Sharks In Australia

ATEEZ’s San showed nerves of steel during the group’s recent trip to Australia!

During the latest episode of ATEEZ’s reality show “ATEEZ Treasure Film,” the members were assigned various missions to complete before leaving Australia to return home.

For one of the missions, San had to go scuba diving with marine life at an aquarium. Although the task sounded easy enough, once San arrived at the aquarium, he was shocked to learn that the marine life swimming alongside him would include sharks.

After helping San change into his wetsuit, Yunho and Jongho—who had tagged along to provide moral support—watched nervously through a glass barrier as their bandmate entered the shark tank. Once he saw the sharks, Yunho exclaimed, “Wow, they’re really big. They’re bigger than San.” 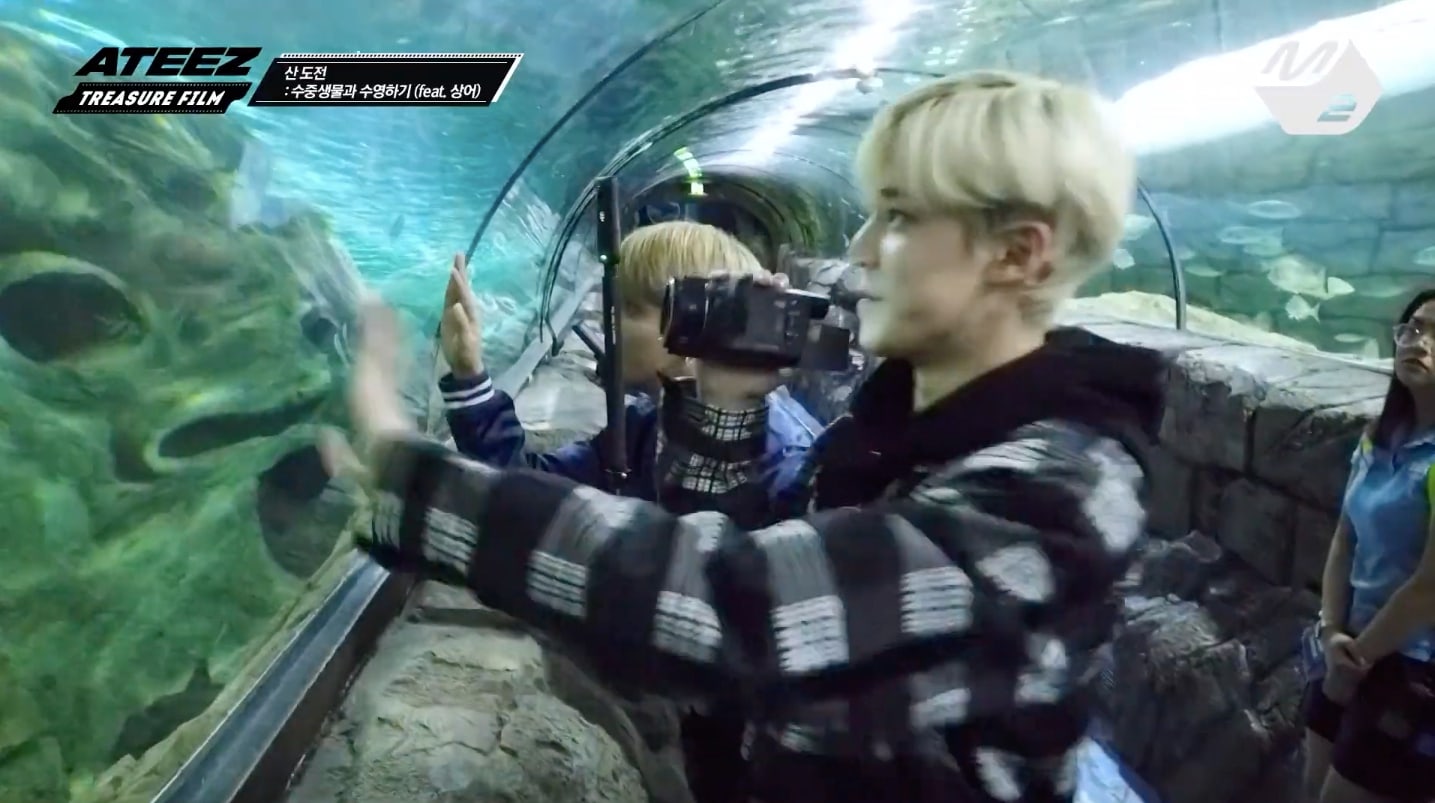 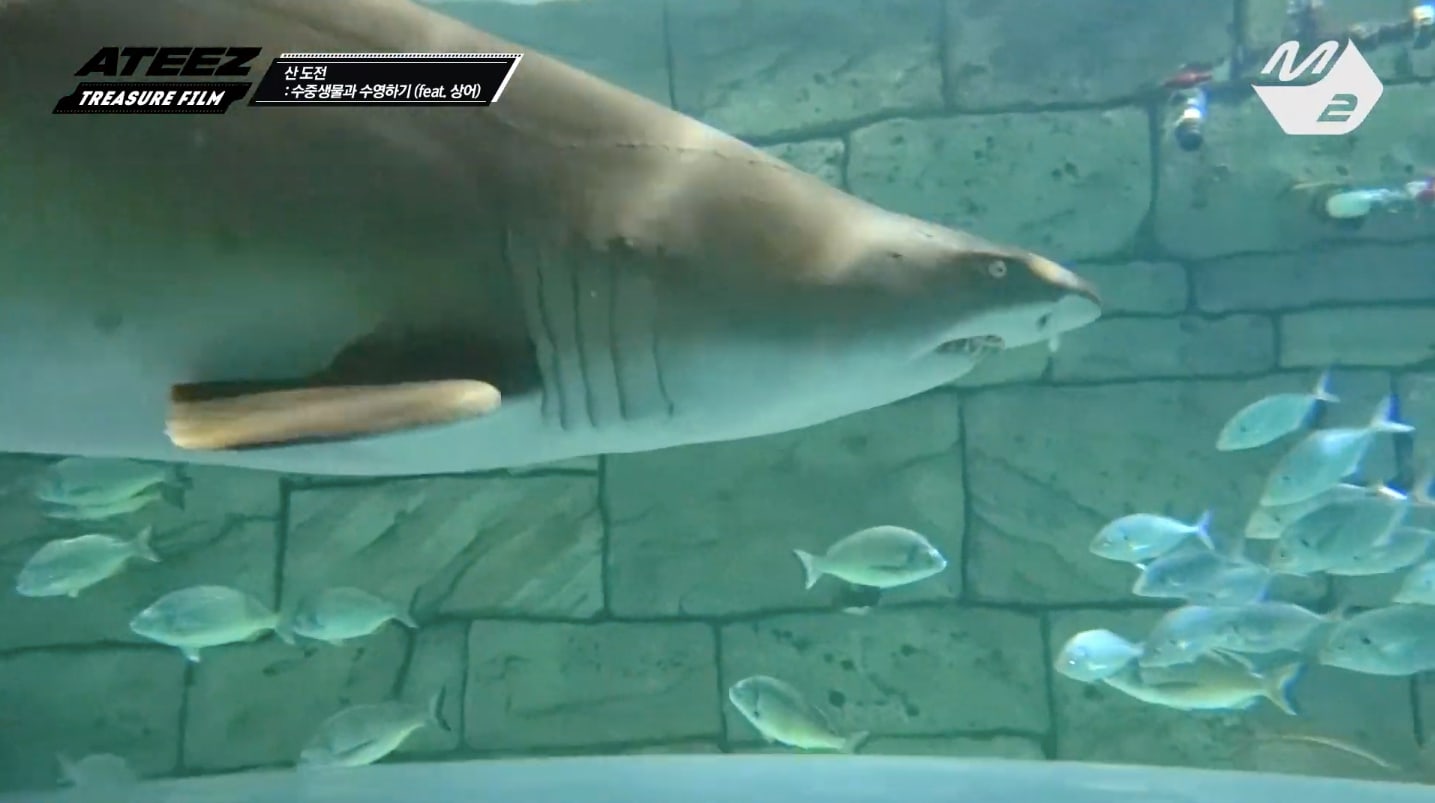 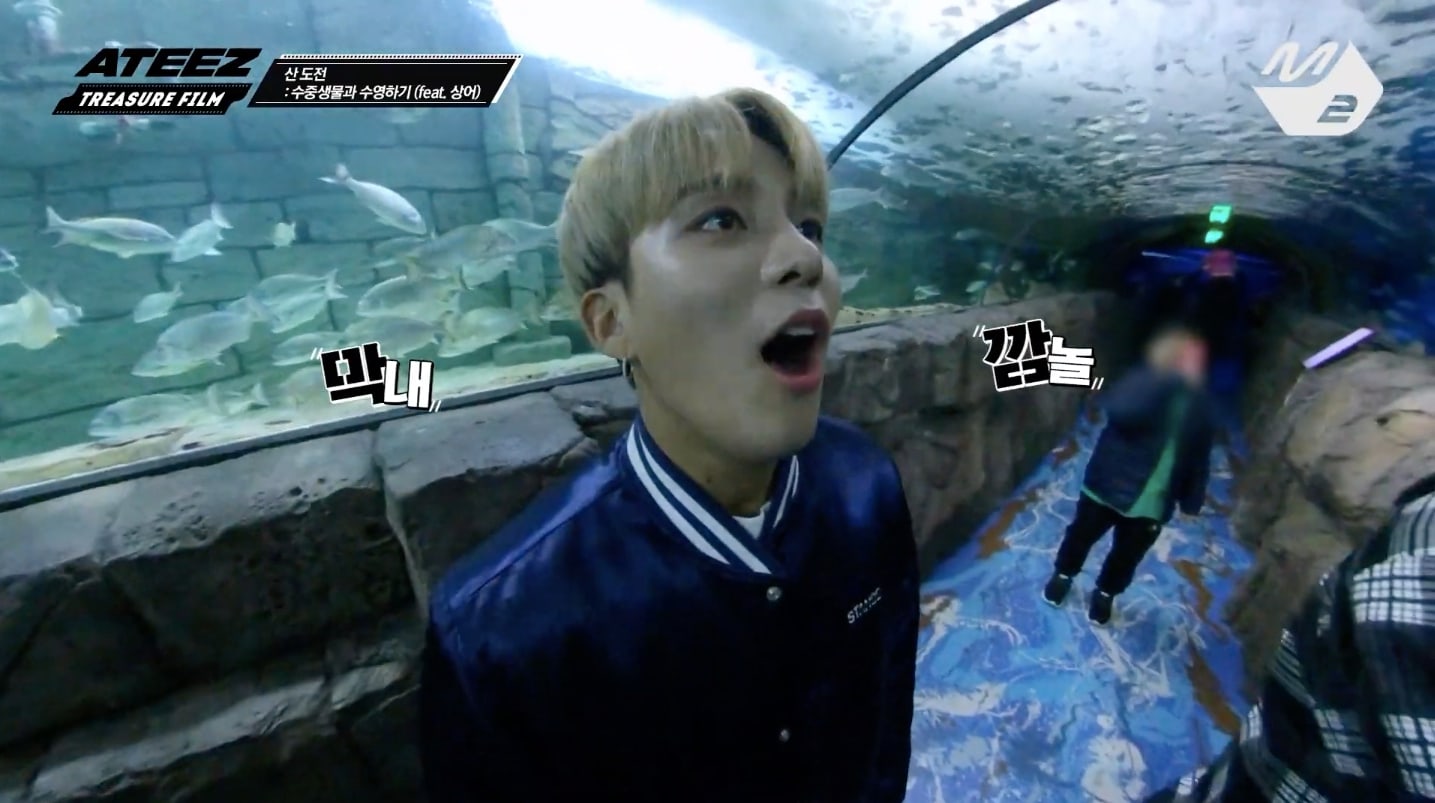 Although San signaled to his bandmates through the glass that he was okay, the two members continued to worry about him—especially when the sharks came within inches of him as they swam by. 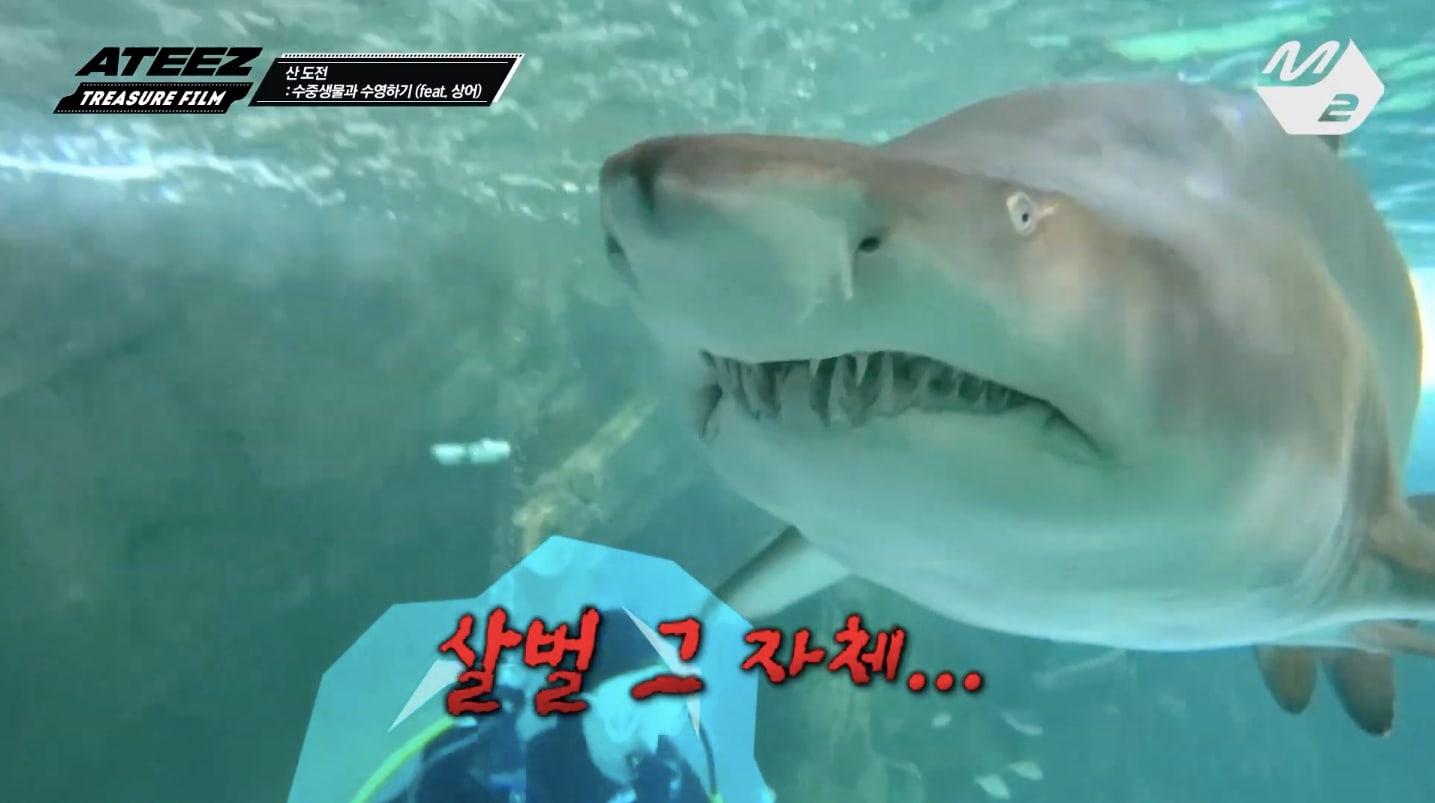 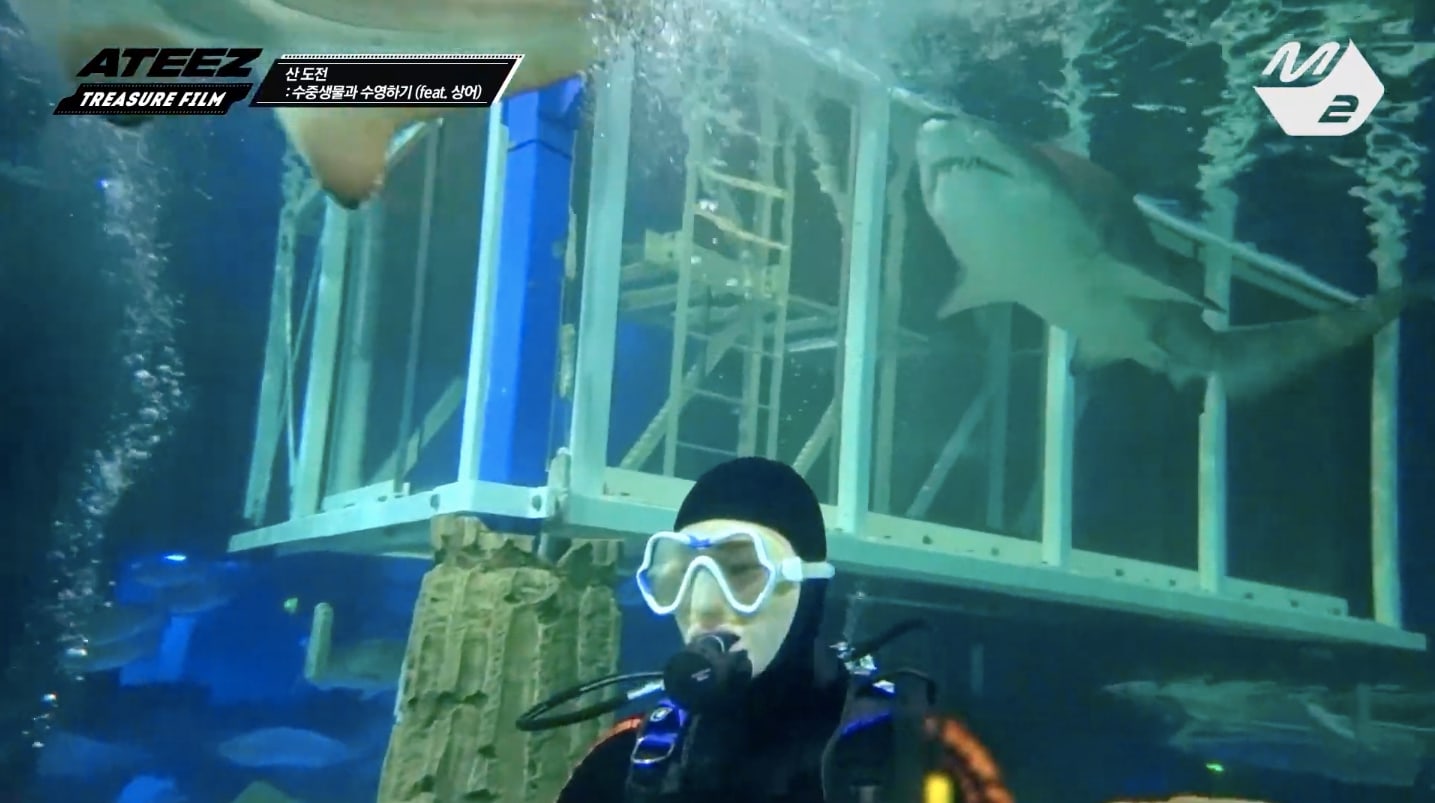 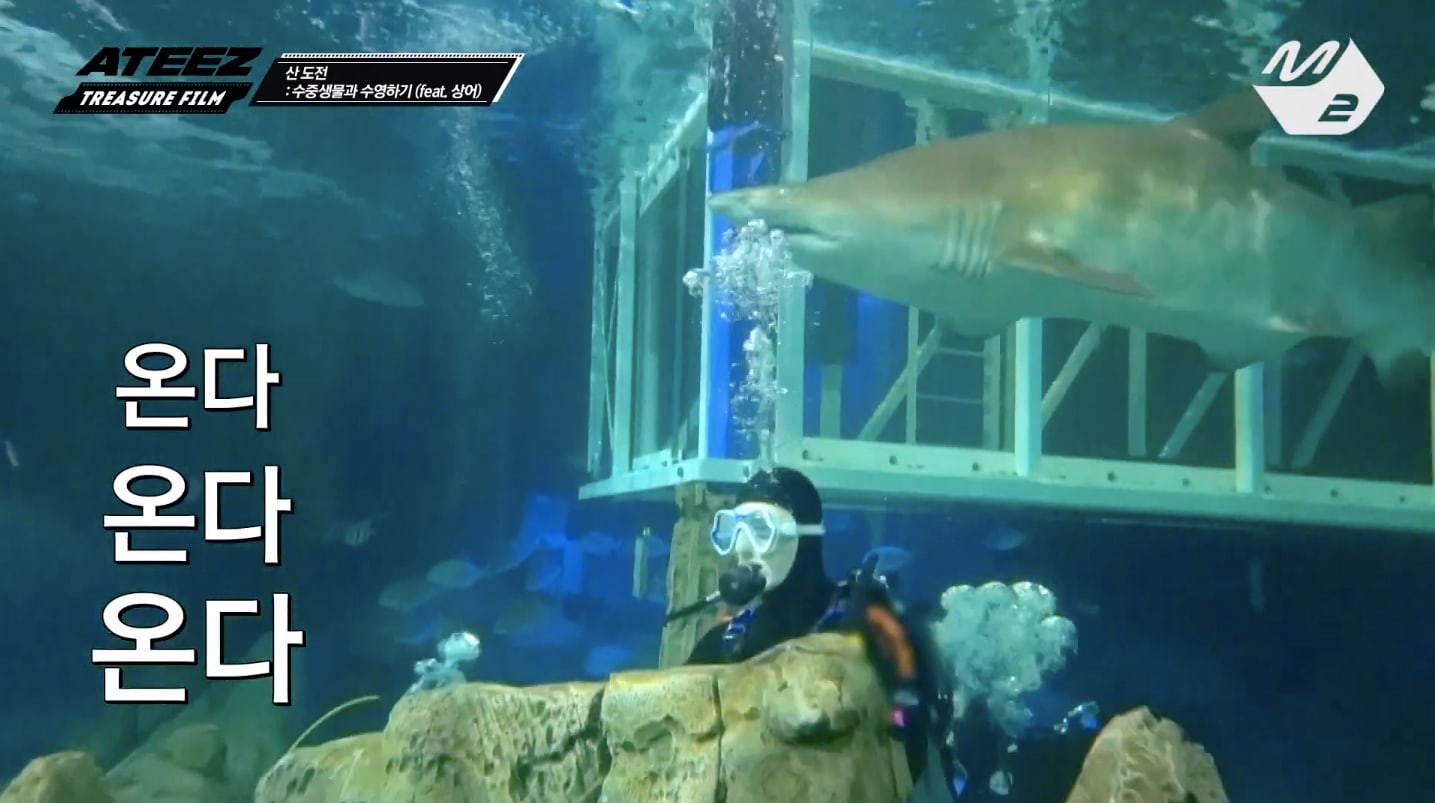 Finally, after realizing that they were able to communicate with San through the glass, Jongho suggested a game of charades to get their minds off the sharks in the water.

Undaunted by the terrifying sharks around him, San proceeded to dance the choreographies to EXO’s “Love Shot,” ITZY’s “DALLA DALLA,” and ATEEZ’s “Say My Name,” while Yunho and Jongho attempted to guess which song he was dancing to underwater. 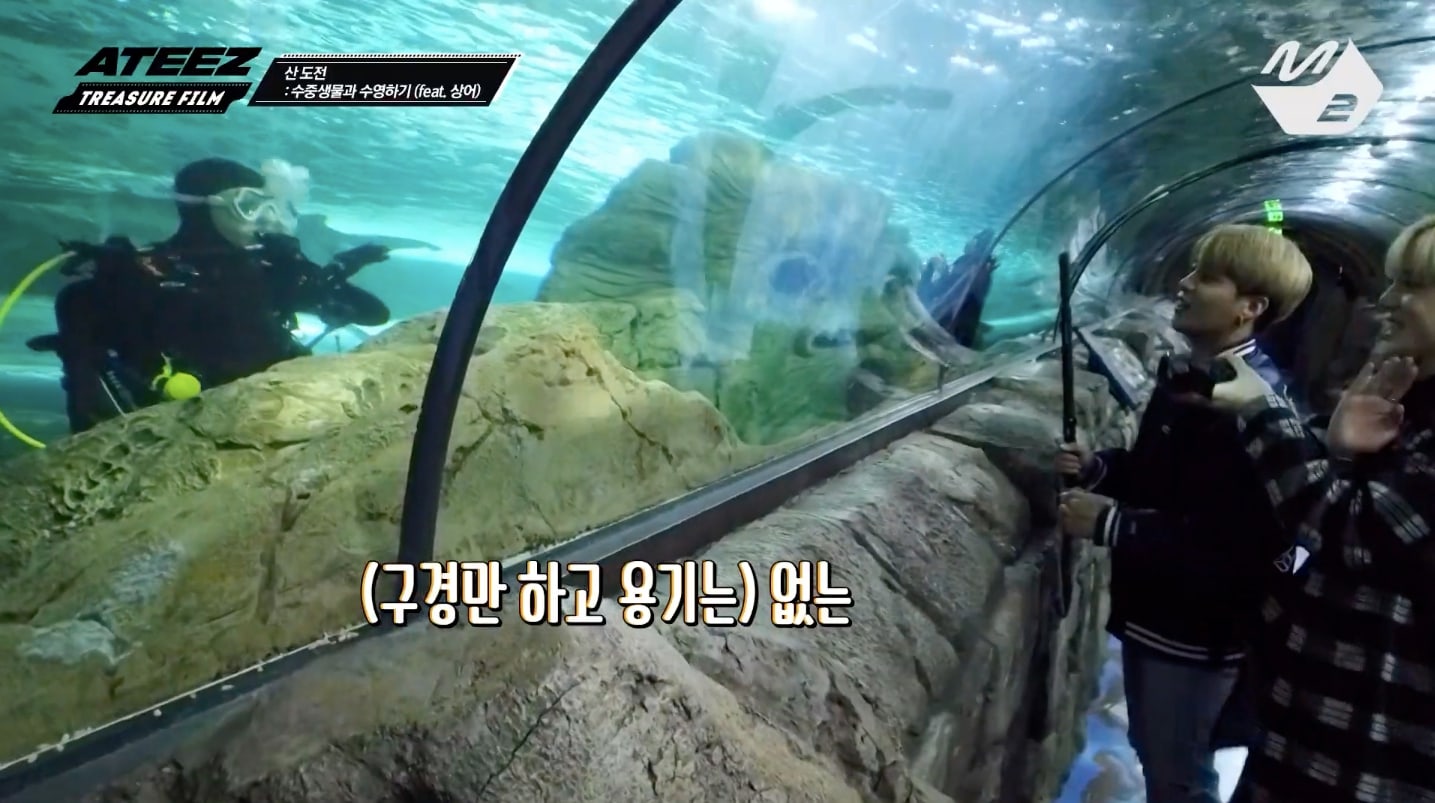 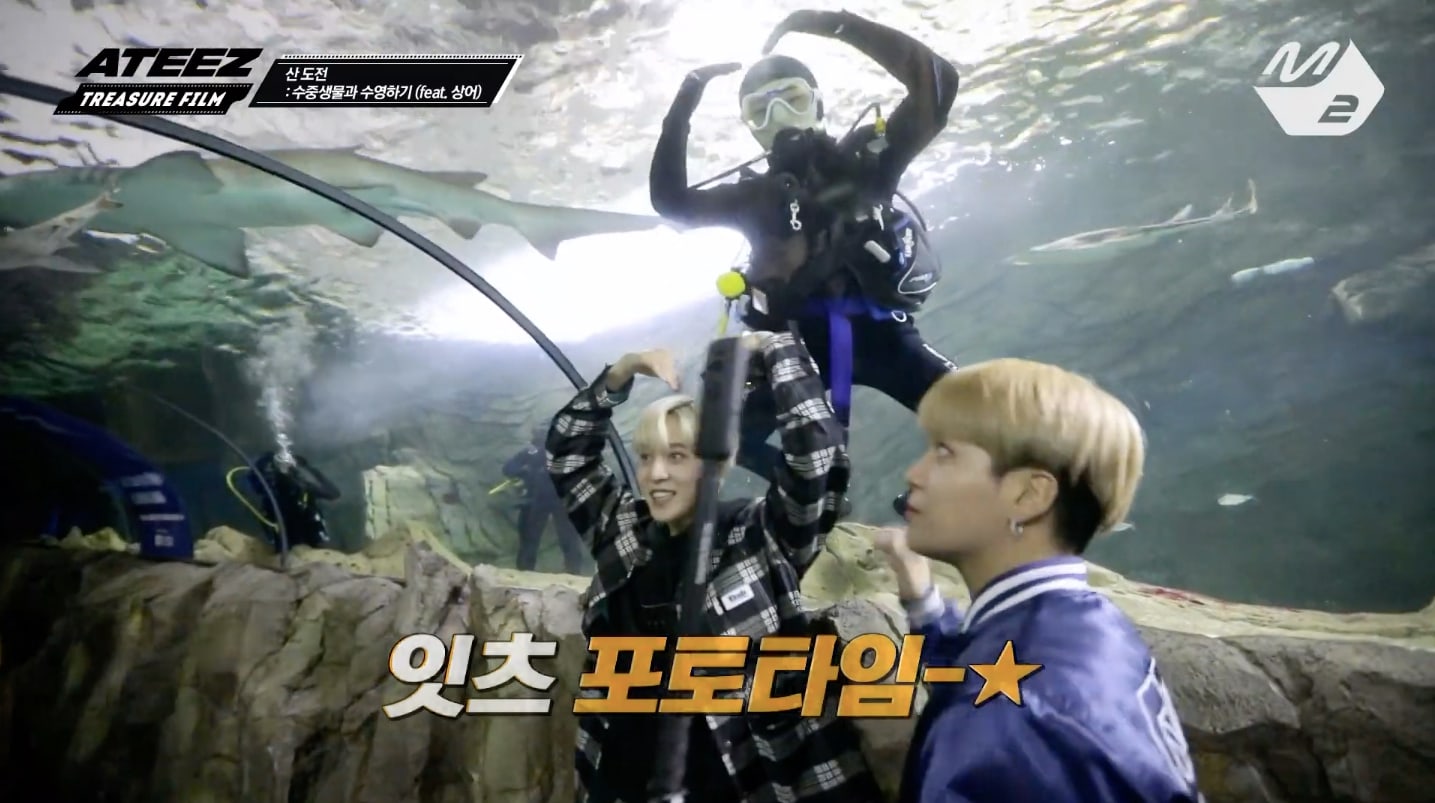 Check out the thrilling clip of San’s bravery below!

San
ATEEZ
How does this article make you feel?