The new Wednesday-Thursday drama tells the stories of three couples in different stages of love. The drama will focus on the romance that blossoms between Dong Baek (Gong Hyo Jin), a woman who is trapped in a certain perception about love, and Yong Shik (Kang Ha Neul), who shows undying support and love for her.

In the newly released stills, Dong Baek finds a menacing message inside Camellia, the one place she should feel comfortable in. Another photo showcases Dong Baek passing through a dark road as she looks around and clenches her fists to overcome her fear. Viewers are curious to see if new evidence pointing to Kkabuli have been found. 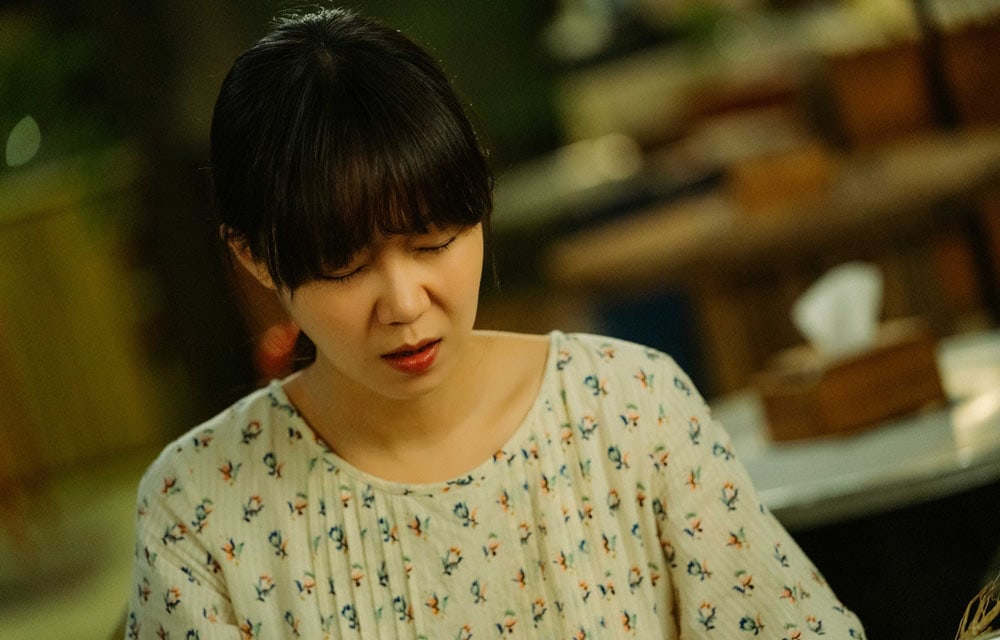 In the previous episode, Yong Shik discovered a message from Kkabuli that read, “I told you not to mess around. I’ve been watching you everyday from then until now.” The episode ended right as Dong Baek was about to read the message herself. The warning message, which occupied the entire wall, was a clear threat at Dong Baek’s safety.

Viewers are wondering if Dong Baek, who has been able to change thanks to Yong Shik’s endless support and encouragements, will be able to stand up to Kkabuli as well.

The next episode of “When the Camellia Blooms” airs on October 10 at 10 p.m. KST.