APRIL’s Naeun’s chemistry with her “Extraordinary You” co-stars is setting viewers’ hearts aflutter!

Based on a fantasy romance webtoon, MBC’s “Extraordinary You” is a new drama about a female high school student named Eun Dan Oh (played by Kim Hye Yoon), who comes to the shocking realization that she is actually a character in a manhwa (Korean comic).

In the drama, Naeun plays the role of Yeo Joo Da, the beautiful and kind main character of Eun Dan Oh’s manhwa. Despite being teased by her classmates for being poor, Yeo Joo Da has an unrelentingly cheerful and optimistic personality, and she ends up stealing the heart of not only Oh Nam Joo, the male lead of the manhwa (played by Kim Young Dae), but also his close friend Lee Do Hwa (played by Jung Gun Joo).

On October 11, MBC released new behind-the-scenes stills of the three stars that show exactly why it’s so difficult to choose which character Yeo Joo Da should end up with. One photo shows Naeun and Kim Young Dae looking adorable as they smile brightly for the camera together, while another features Naeun and Jung Gun Joo looking like a real-life couple as they monitor footage of a scene between takes. 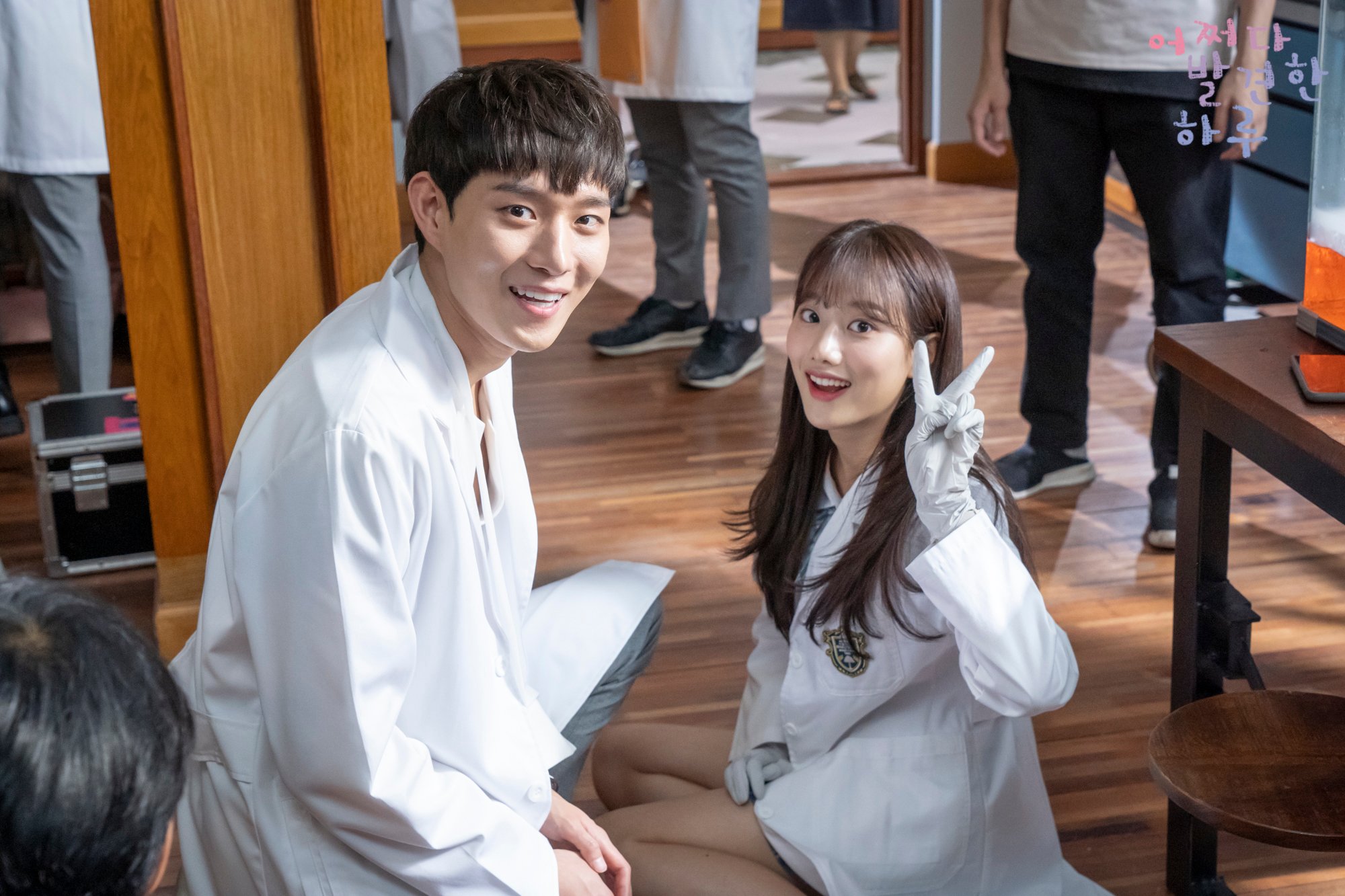 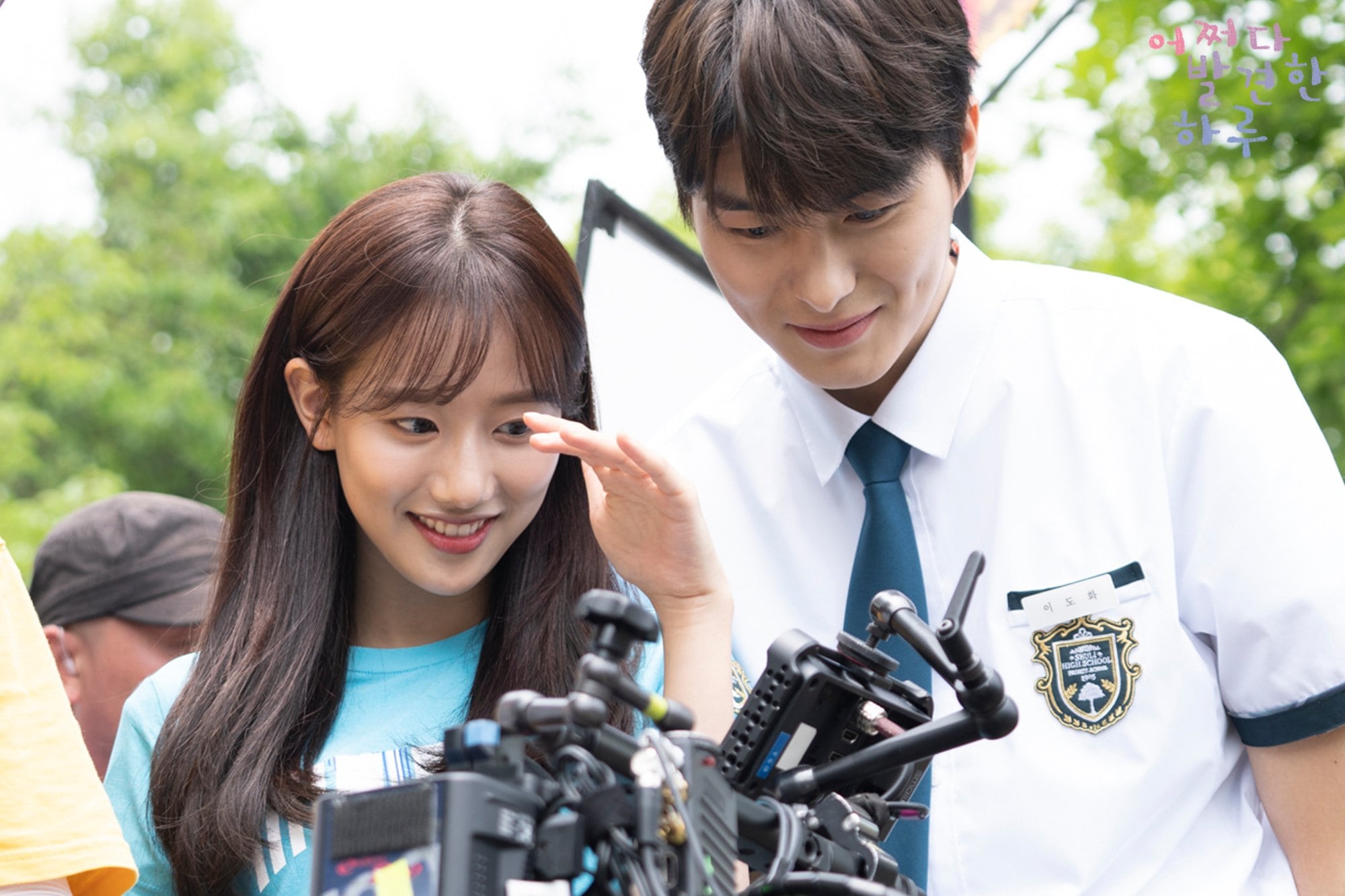 Another set of photos shows Naeun and her female co-stars looking cheerful as they prepare to film the scene in which Yeo Joo Da is hit by a basketball. 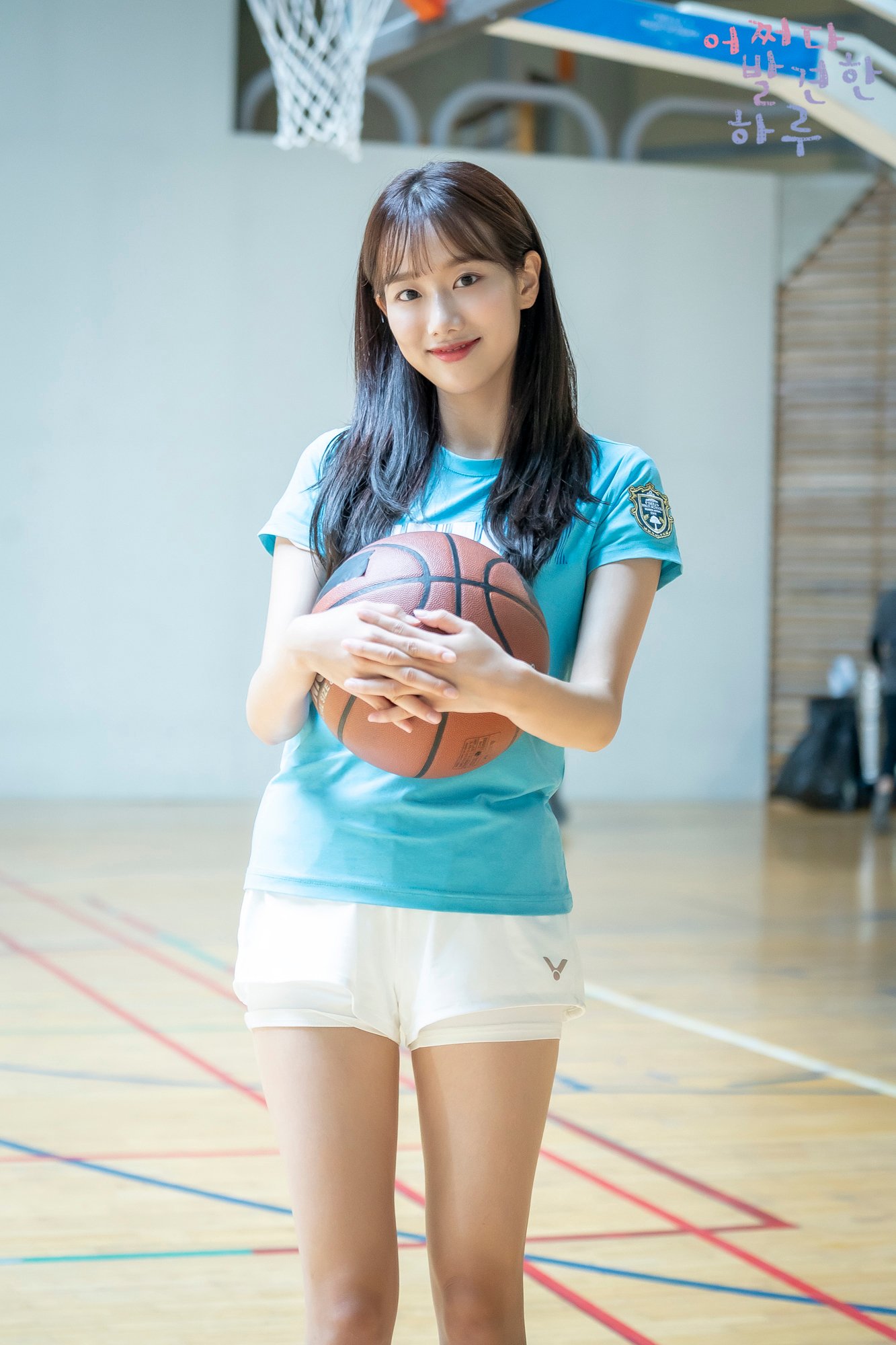 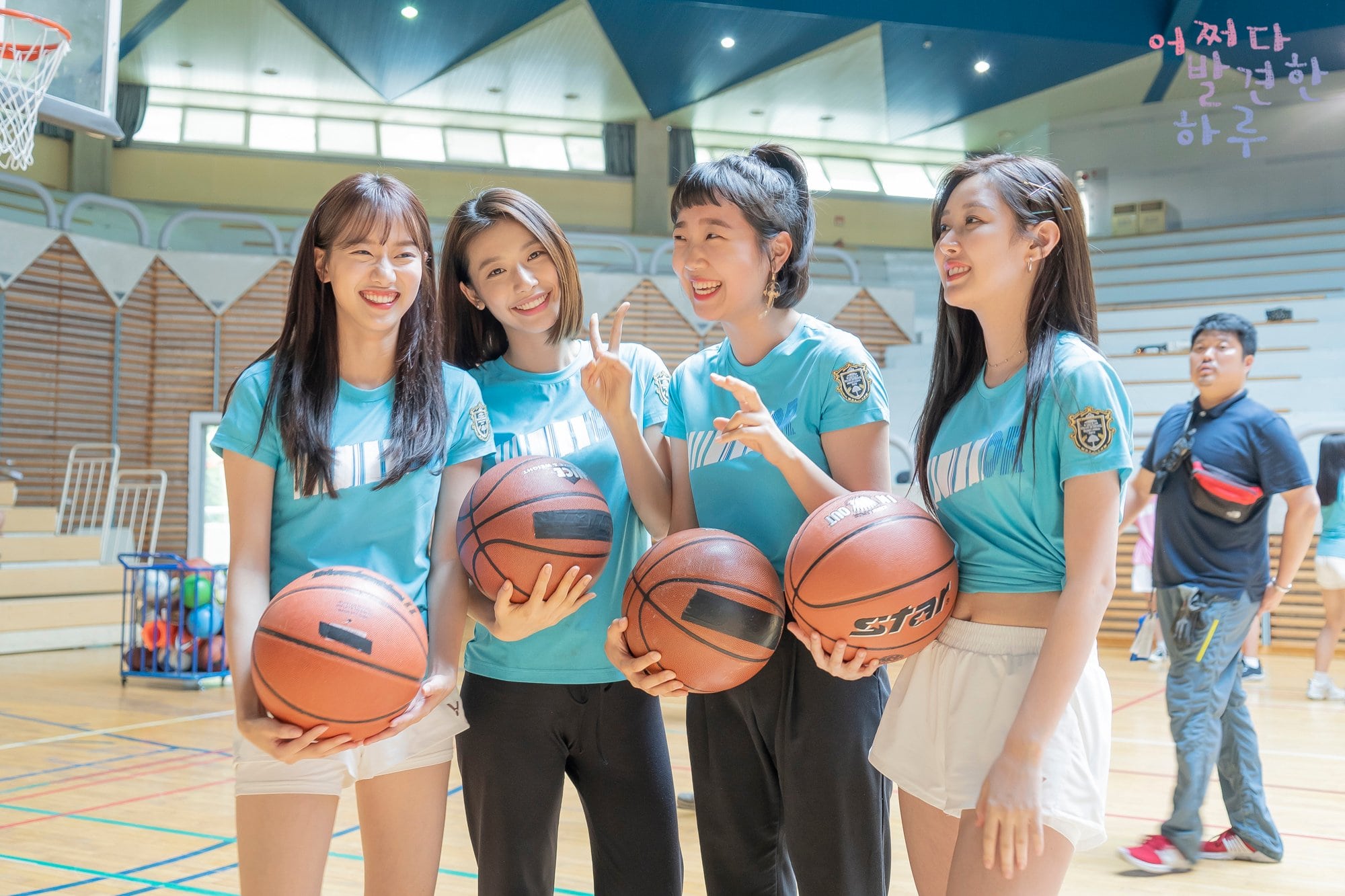 “Extraordinary You” airs on Wednesdays and Thursdays at 8:55 p.m. KST.

Which of Yeo Joo Da’s love interests do you think Naeun shares more chemistry with? Share your thoughts below!

In the meantime, catch up on the latest episode of the drama with English subtitles here: