SBS has shared exciting stills of Lee Seung Gi and Suzy for the upcoming episode of “Vagabond”!

In the newly released stills, Lee Seung Gi and Suzy are spotted back in Morocco. Lee Seung Gi looks like he hasn’t taken a shower in days as he hurriedly eats bread. Suzy is wearing a hijab as if she is trying to blend in. They look like they are engaging in a serious conversation until Suzy takes off with two full bags in her hands. 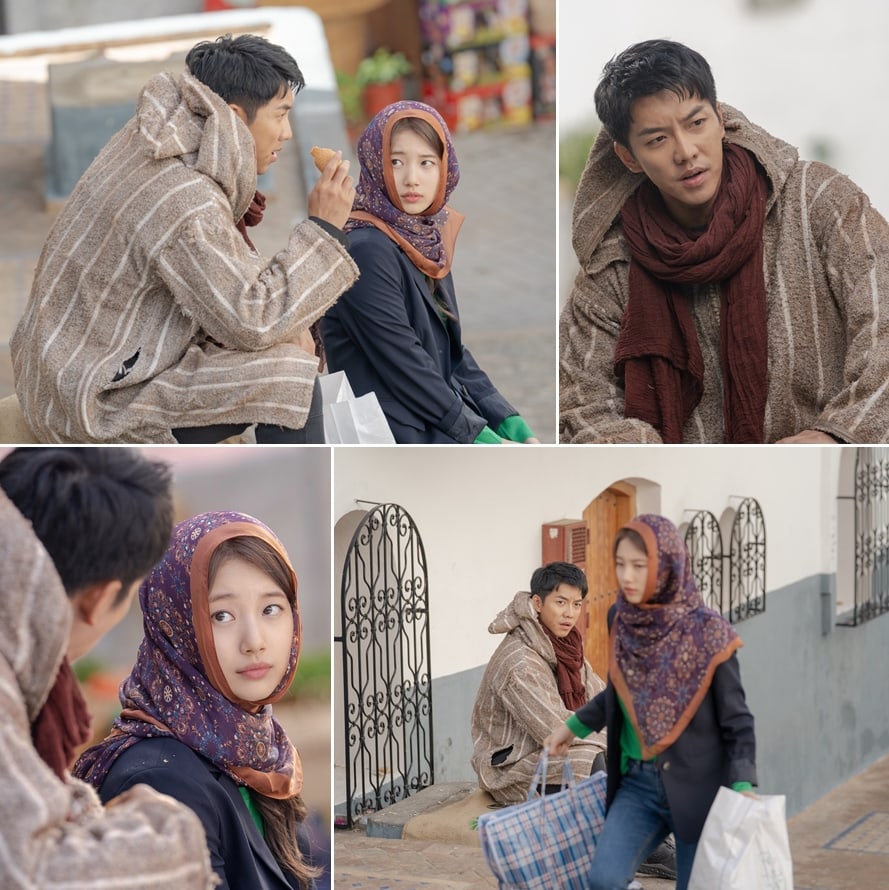 Celltrion Entertainment, the production company responsible for “Vagabond,” shared, “You will be able to witness the chemistry between Lee Seung Gi and Bae Suzy getting more explosive than ever before through episode 7. Their second visit to Morocco will be filled with thrilling and heart-thumping situations. Catch the episode to find out what kind of surprising story will be told.”