Yang Se Jong, Woo Do Hwan, And AOA’s Seolhyun Prepare For All-Out War In “My Country”

JTBC’s new drama, “My Country,” hinted at a new start for its three lead characters in stills for the upcoming third episode.

“My Country” stars Yang Se Jong as Seo Hwi, Woo Do Hwan as Nam Seon Ho, and AOA’s Seolhyun as Han Hee Jae in a story about the conflict between the desire for power and the desire for protection. It is set between the end of the Goryeo Dynasty and the beginning of the Joseon Dynasty.

After establishing Seo Hwi and Nam Seon Ho as close friends, the drama is now showing what happens when they choose different paths in life and turn their backs on each other. In the new stills, Seo Hwi is caught in the middle of a bloody battlefield, bloodied and bruised and fighting on foot with limited armor. Nam Seon Ho, on the other hand, is on horseback in full armor, following in the wake of Yi Seong Gye (Kim Young Chul), who historically was the first king of Joseon. Han Hee Jae, who is not participating in the battle, faces a choice of her own as she dreams of finding her own strength so that she will not lose the people she loves. 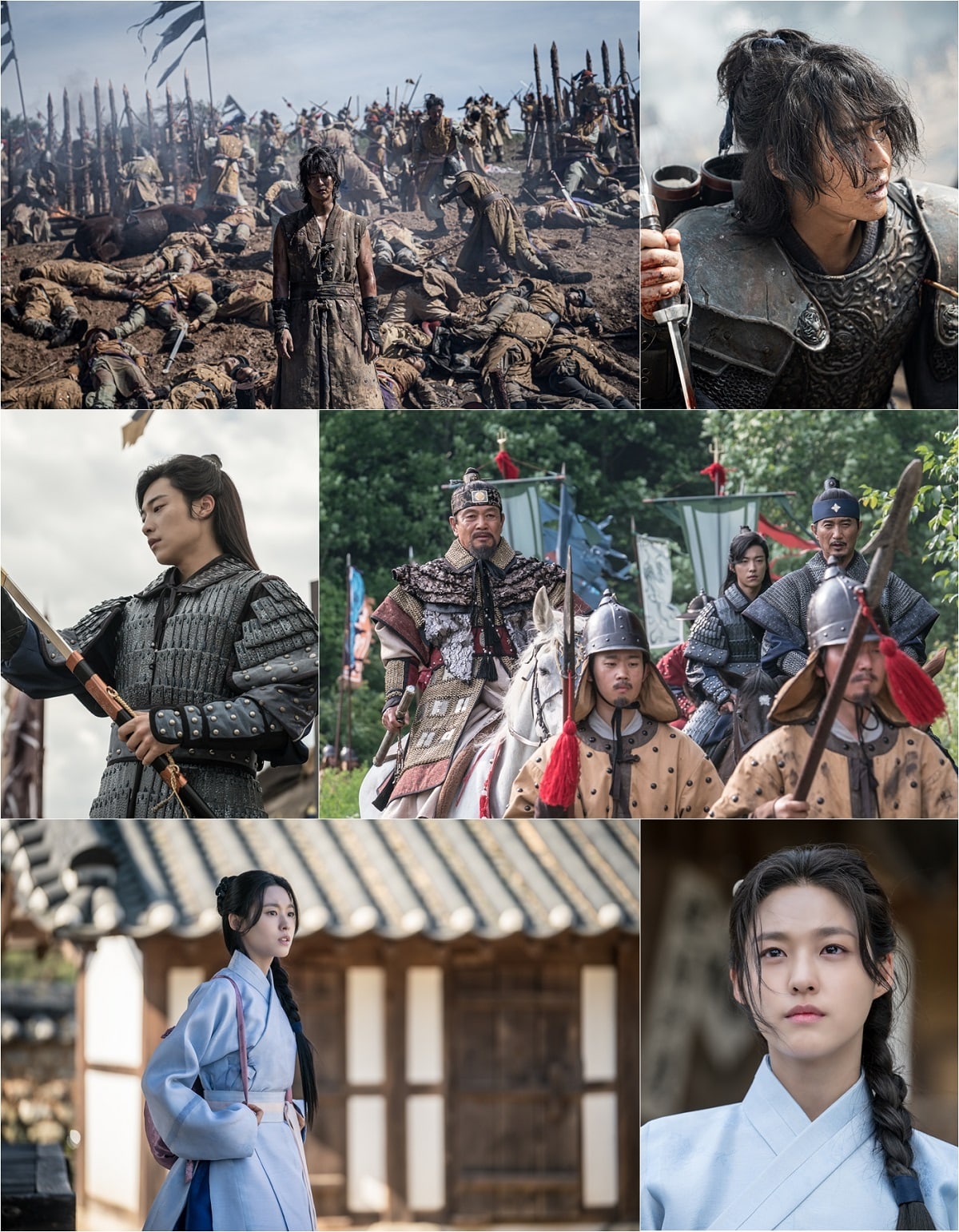 The production staff stated, “Seo Hwi, Nam Seon Ho, and Han Hee Jae each choose a different path when faced with the cruelty of fate. Inside the whirlpool of history, the story of these three men and women is beginning.”

Seolhyun
Yang Se Jong
Woo Do Hwan
My Country
How does this article make you feel?