Park Seo Joon transformed into a chef on tvN’s “Three Meals a Day”!

On the October 11 episode of the variety show, the cast decided to make cold kimchi noodles for lunch. When he spotted Yum Jung Ah slicing kimchi, Park Seo Joon asked her if she needed help with anything. The “SKY Castle” star asked only that he put the kimchi back into the refrigerator after she was done slicing it.

She then asked him, “Isn’t this the first time you’ve seen a chef whose knife skills are this bad?” Park Seo Joon brought a smile to the actress’s face by warmly replying, “Knife skills? Are knife skills important? What’s important is the taste.” 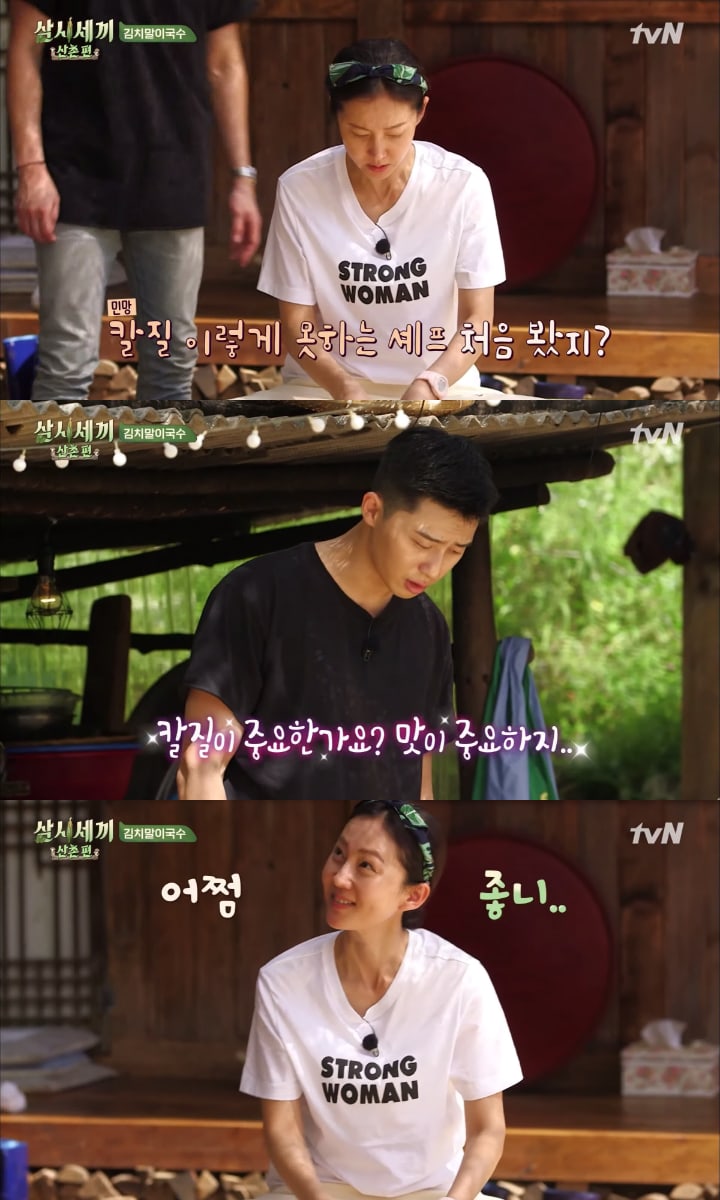 Park Seo Joon later went on to cook delicious meal using ingredients he had prepared before filming. The actor made pasta for the cast members, and he also marinated steak in olive oil for approximately 10 minutes. Yoon Se Ah assisted him by washing and cutting vegetables such as green peppers, tomatoes, and onions. She also prepared a side dish of mashed potatoes to go with the steak.

After putting eight servings of pasta into a pot of boiling water, Park Seo Joon began grilling the steak and even put rosemary on top in order to infuse the meat with the herb’s aroma. As for the pasta, he used salted pollack roe and olive oil to make a sauce.

When he saw just how much eight servings of cooked pasta turned out to be, he commented with a laugh, “This is like cooking in the military.”

Once Park Seo Joon had successfully completed cooking the dishes, he opened an impromptu restaurant in the mountain village.

Yum Jung Ah commented, “The sauce for the steak is also delicious,” before pouring more of it onto her plate. She also danced when she tasted the pasta, and Yoon Se Ah happily remarked, “As the salted pollack roe crumbles, it has a taste similar to cheese.” 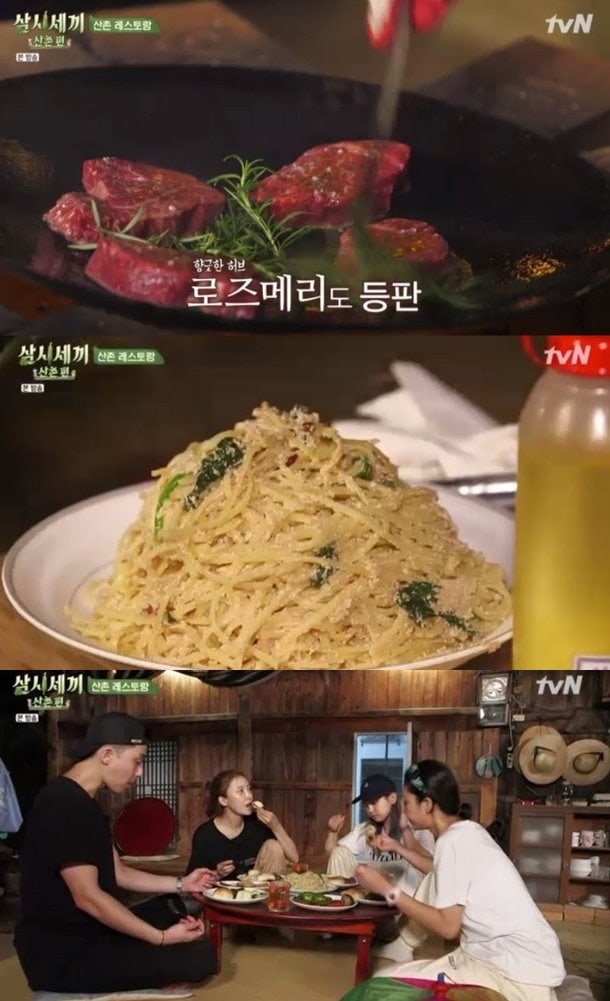