Watch: Jang Dong Yoon And Kim So Hyun Show Amazing Chemistry Behind The Scenes Of “The Tale Of Nokdu”

October 11, KBS released a new behind-the-scenes video for “The Tale of Nokdu”!

The making video features scenes from this week’s episodes, where Nokdu (Jang Dong Yoon) watches Dong Ju (Kim So Hyun) failing at dance practice, later teaching her himself, and the two spend time on a swing.

The video starts with Jang Dong Yoon talking with the child actors from Busan, and then he jokes, while standing next to some flowers, “It’s hard to tell if Nokdu is the flower, or the flower is Nokdu..” When a staff member shouts, “What did you say?!” he quickly apologizes.

Shooting her dance practice scene, Kim So Hyun is all smiles, laughing at people’s reactions to her character’s dance skills. Jang Dong Yoon says, “This is a scene where I burst out laughing, and it’s really easy to get into character. It makes me laugh for real.” 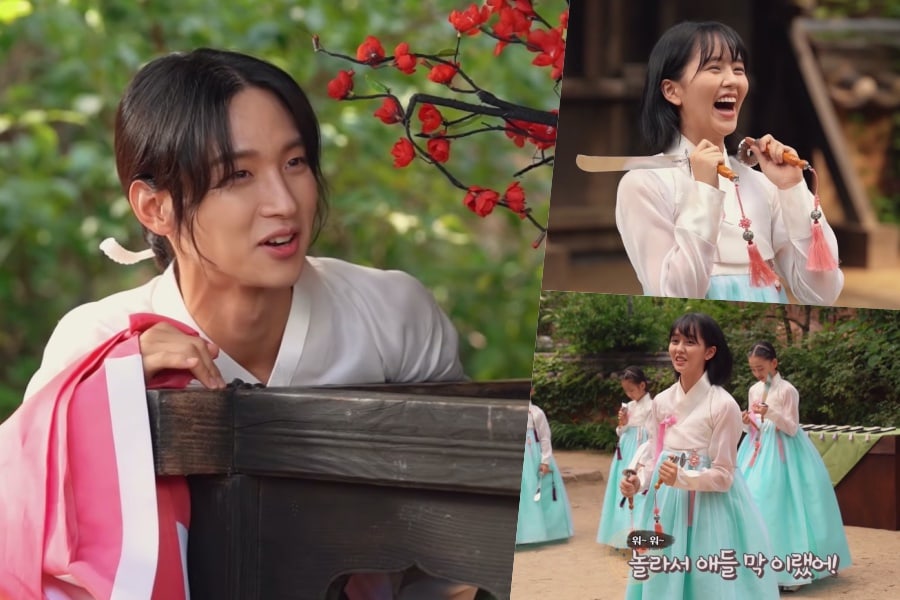 Jang Dong Yoon then rehearses for the scene in which his character dances for Dong Ju and then teaches her. When asked how Jang Dong Yoon’s dancing is, Kim So Hyun jokes, “It’s tolerable. He worked hard, so it’s okay.” 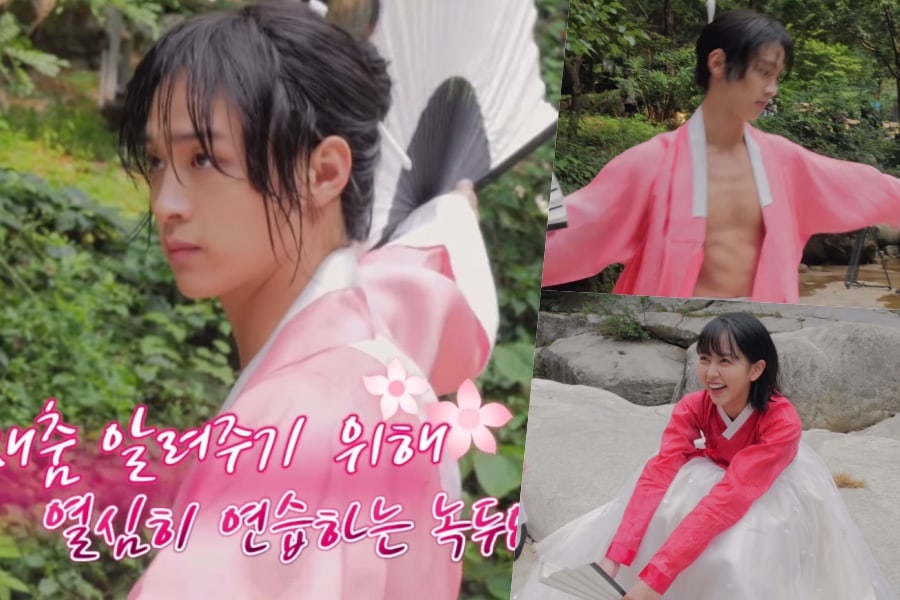 She goes higher on the swing than she expected, and Kim So Hyun says, “Just tell me if you don’t like me.” 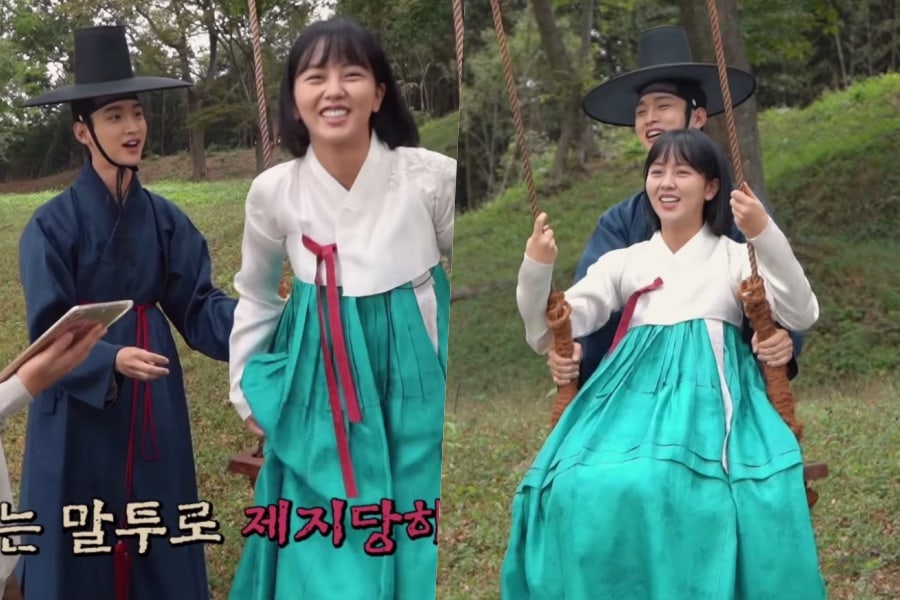 Jang Dong Yoon, who wants another turn on the swing, says to Kim So Hyun, “It’s dangerous. The rope could break.” He tries to sit down once Kim So Hyun gets up, but gets called to shoot another scene. Triumphant, Kim So Hyun reclaims her seat, saying, “The swing is mine.”

Watch the latest episode of “The Tale of Nokdu” below: