3 Mysterious Points Viewers Of “Melting Me Softly” Are Curious About

“Melting Me Softly” is building up anticipation with each and every episode!

“Melting Me Softly” is a new tvN drama about variety show producer Ma Dong Chan (Ji Chang Wook) and part-time employee Go Mi Ran (Won Jin Ah) who participate in a project to be frozen for 24 hours. Due to a mysterious scheme, they end up being frozen for 20 years instead. Although Ma Dong Chan is a passionate producer who throws caution to the wind, he shows a different side of himself when he acts gentle and warm towards those he loves.

Here are three key questions that viewers are hoping to find the answers to soon:

When Go Mi Ran woke up after 20 years of being frozen, she demanded that Ma Dong Chan take responsibility for her lost life. Despite the reality shock, the two became interlocked in fate where they are forced to rely on each other. However, both of them have lovers from 1999 they must face in the present. Ma Dong Chan has Na Ha Young (Yoon Se Ah) who he thought about getting married to, and Go Mi Ran has Hwang Byung Shim (Shim Hyung Tak) who has married her best friend Oh Young Sun (Seo Jeong Yeon). So how will the romance develop in “Melting Me Softly”?

Since waking up, Ma Dong Chan and Go Mi Ran have either lowered the air conditioner to a cold temperature or gulped down ice water. Ma Dong Chan found out that their normal temperature is 31.5 degrees Celsius (88.7 degrees Fahrenheit) and a temperature of over 33 degrees Celsius will put their lives at risk. However, Hwang Gap Soo (Seo Hyun Chul), the only one who can solve this problem, has lost all his memory and is acting like a child. So how will the two lead characters overcome this difficulty?

3. What is the truth behind the frozen human project?

Detective Baek (Lee Do Yeop), who investigated Ma Dong Chan’s disappearance 20 years ago, speculated that the suspect who tried to kill Dr. Hwang is now a Russian senator. A mysterious figure named Lee Seok Doo (Kim Bup Rae), hinted at the existence of a real killer by saying, “Do you still think a Russian senator killed Dr. Hwang?” What’s more surprising is that one of the participants in another frozen capsule has the same face as him. There is a prediction that he will track down Ma Dong Chan after finding out he has awoken after 20 years. With Lee Seok Doo’s appearance, the amplified mystery has become a new point that should not be missed in “Melting Me Softly.” 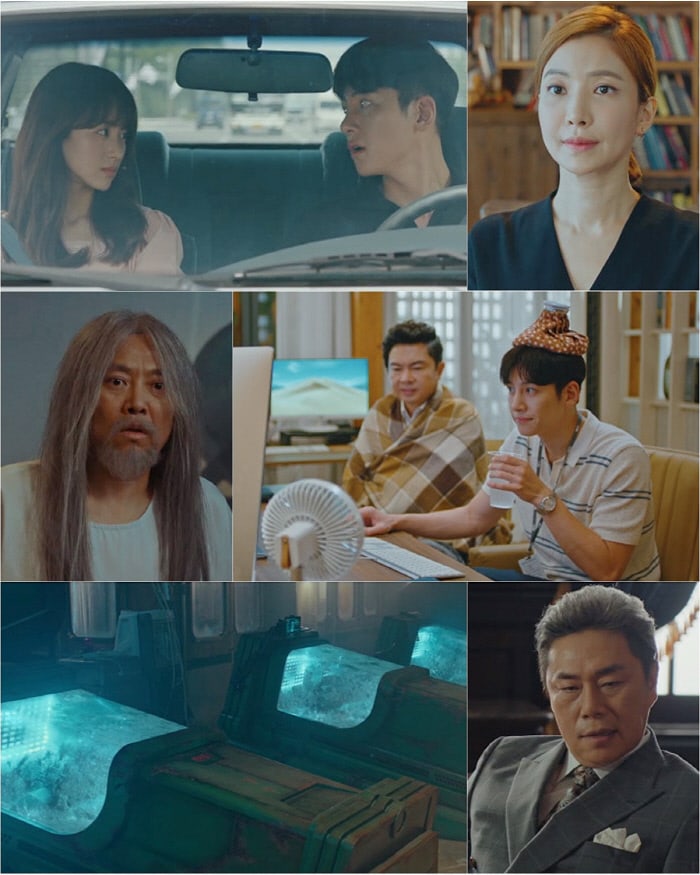