SBS’s Friday-Saturday drama “Vagabond” has released new stills of Lee Seung Gi and Shin Sung Rok at odds with each other.

“Vagabond” tells the story of a stuntman who gets caught up in a massive corruption scandal while trying to uncover the truth behind a plane crash. With more and more becoming known about the crash, the drama continues to top its time slot in ratings.

The upcoming episode will show Cha Dal Gun (played by Lee Seung Gi) and Ki Tae Woong (played by Shin Sung Rok) getting into a physical altercation. Cha Dal Gun, Go Hae Ri (played by Suzy), Ki Tae Woong, and more will gather in one place together, and it remains to be seen what exactly transpires for things to get physical between the two. Ki Tae Woong seems to be trying to stop Cha Dal Gun from doing something while Cha Dal Gun glares back. 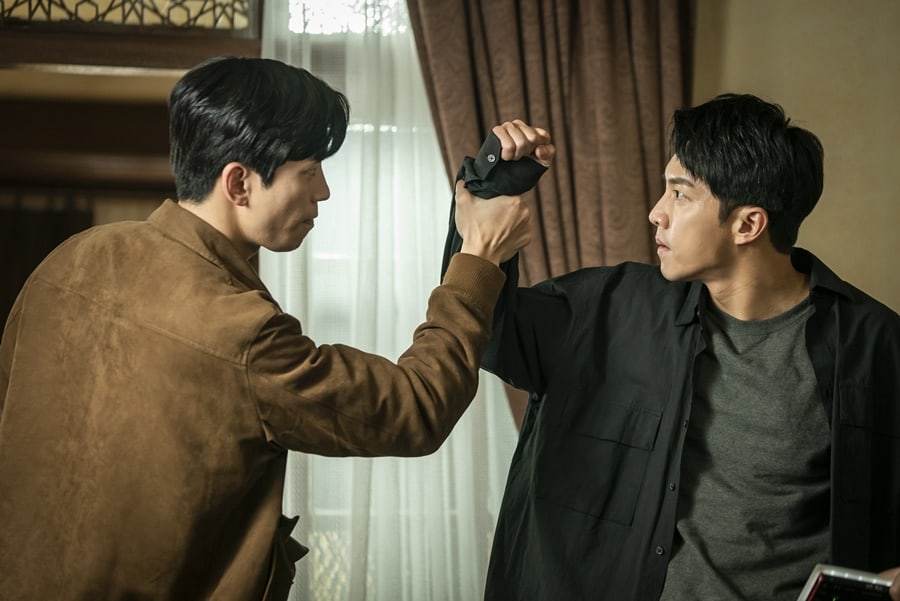 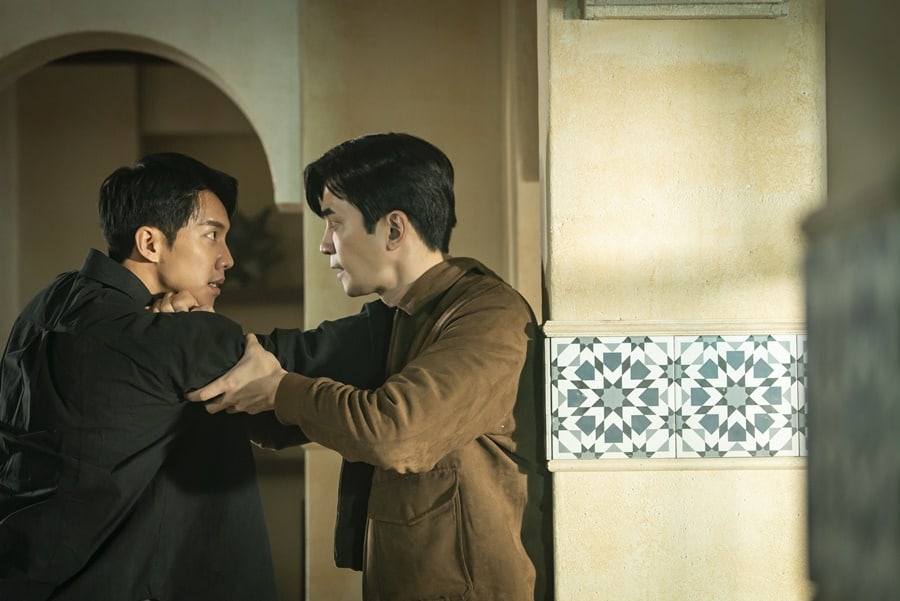 Ki Tae Woong is someone who always tries to be rational and plan everything out before moving, while Cha Dal Gun is more about putting his emotions and actions first, so it will be interesting to see the two characters try to work together.

Celtrion Entertainment stated, “Lee Seung Gi and Shin Sung Rok will finally be meeting, something viewers have been waiting for. Both characters are charismatic in their own ways, and comparing how they work will make watching the drama even more enjoyable.”

Lee Seung Gi and Shin Sung Rok’s tense confrontation will unfold in the upcoming episode of “Vagabond,” which airs at 10 p.m. KST on October 12.