Super Junior’s Ryeowook shared stories from his time in the military on JTBC’s “Ask Us Anything”!

Super Junior appeared as guests on the October 12 broadcast of the show. During the opening, Ryeowook talked about the 10-year period in which the members were completing their military service. He revealed that, until recently, he and Leeteuk did not even know each other’s phone numbers. He further stated that no one in the army knew that he was part of Super Junior until the members visited him a month before he was discharged. 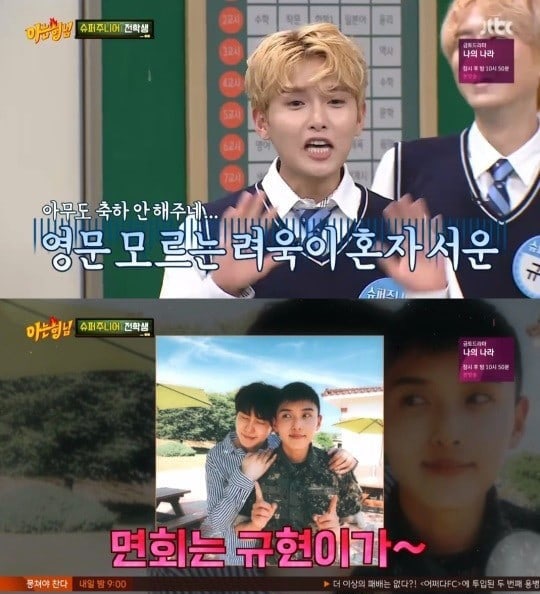 The “Ask Us Anything” cast then asked if there were members who were unable to visit Ryeowook, and Heechul and Leeteuk raised their hands. Ryeowook explained, “Instead, Leeteuk accompanied me when I enlisted.” He added, “The first one to visit me was Kyuhyun.”

Kyuhyun hilariously commented, “Actually, our manager told me that there was only one month left until Ryeowook was discharged, so I went hurriedly. The news must have spread among the members, because they all went after that.” Eunhyuk, Siwon, and Donghae were revealed to have visited just a week before Ryeowook was discharged. 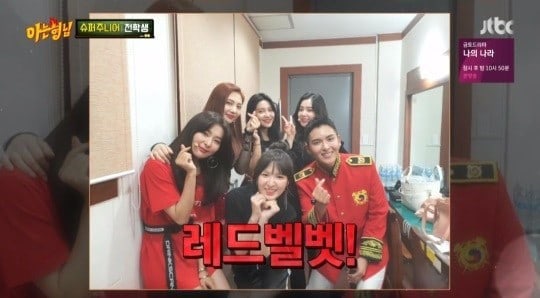 Ryeowook also talked about the girl groups who visited him. He said, “Besides the members, Rainbow’s Jisook, f(x)‘s Luna, and Red Velvet came to visit me. But they all came within a month.” The members and “Ask Us Anything” cast teased him by asking, “What in the world happened in that month before you were discharged?” making everyone laugh.

Super Junior
Ask Us Anything
Ryeowook
How does this article make you feel?