Kim So Hyun and Jang Dong Yoon are getting closer in “The Tale of Nokdu”!

“The Tale of Nokdu” tells the story of a man named Jeon Nok Du (played by Jang Dong Yoon), who disguises himself as a woman to enter a mysterious all-female community with hopes to discover the truth. There, he meets Dong Dong Joo (played by Kim So Hyun), a gisaeng-in-training who wants to be anything but a gisaeng (female courtesan), and they become roommates.

In the previous episode, Jeon Nok Du saved Dong Dong Joo from a crisis. So far, the two have shown bizarre chemistry with their mother-daughter relationship, and now, they are spiraling their way into a romantic relationship. Viewers are already wondering how the sly but sweet Jeon Nok Du will pair up with Dong Dong Joo, who is hiding a painful past behind her courageous smile.

On October 13, the drama released stills of Jeon Nok Du and Dong Dong Joo enjoying some time together under the moonlight. They sit next to each other on a bridge, and a stream of unfamiliar feelings surface between them. Dong Dong Joo puts up a begrudging attitude to deny her surging feelings for Jeon Nok Du, who looks surprised with his hand on his arm as if she has punched him there. Their chemistry is undeniable, and viewers are anticipating the change in their relationship. 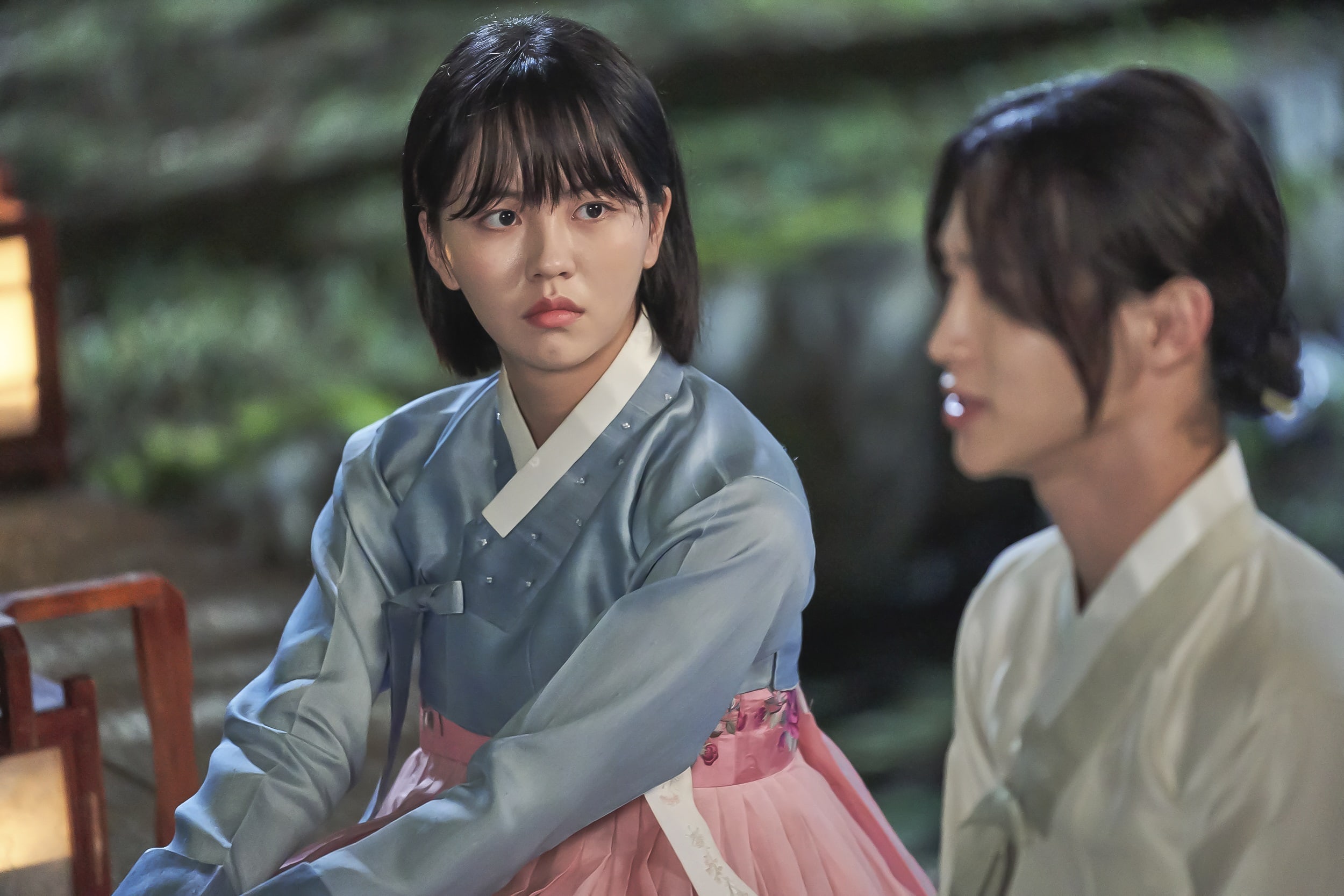 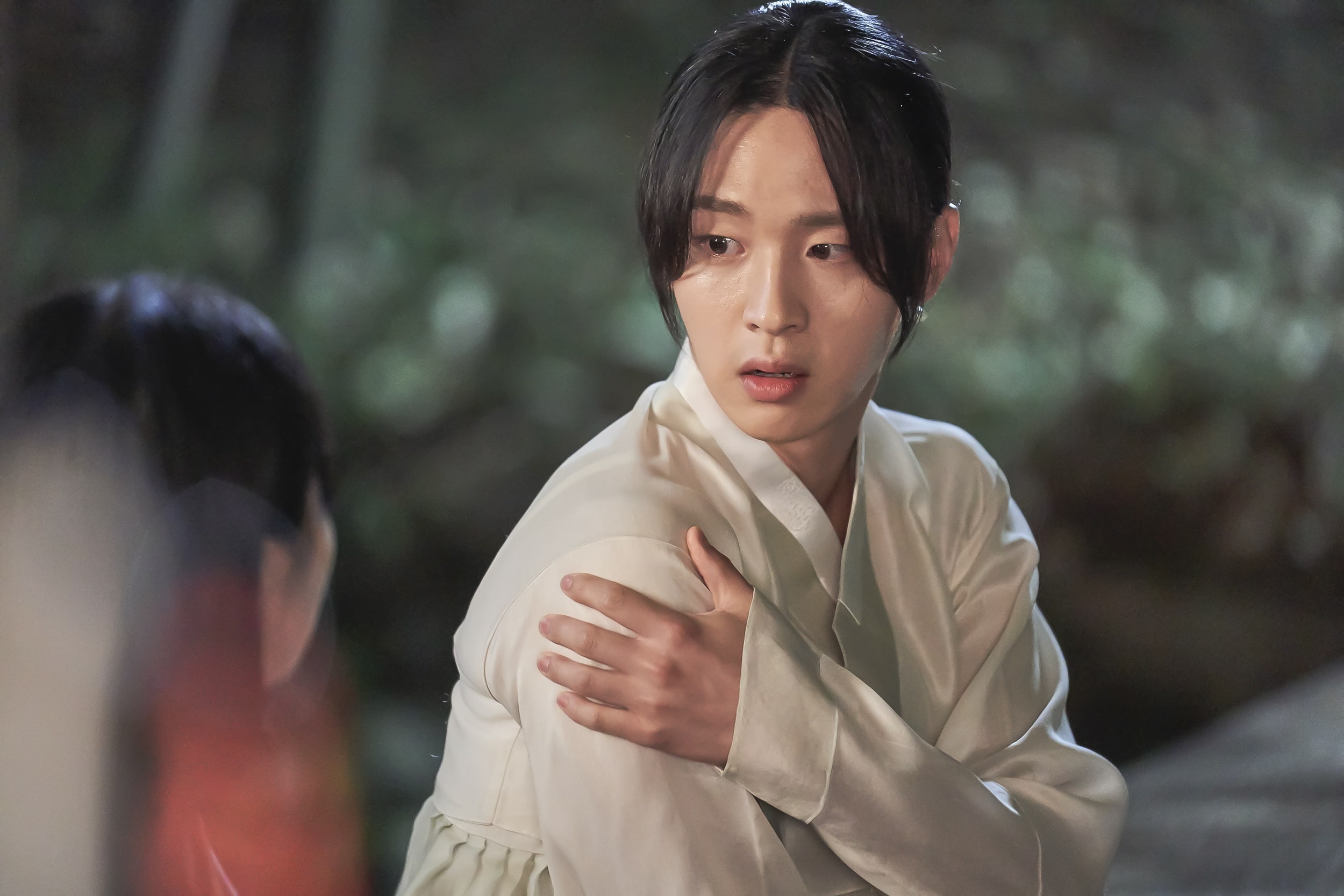 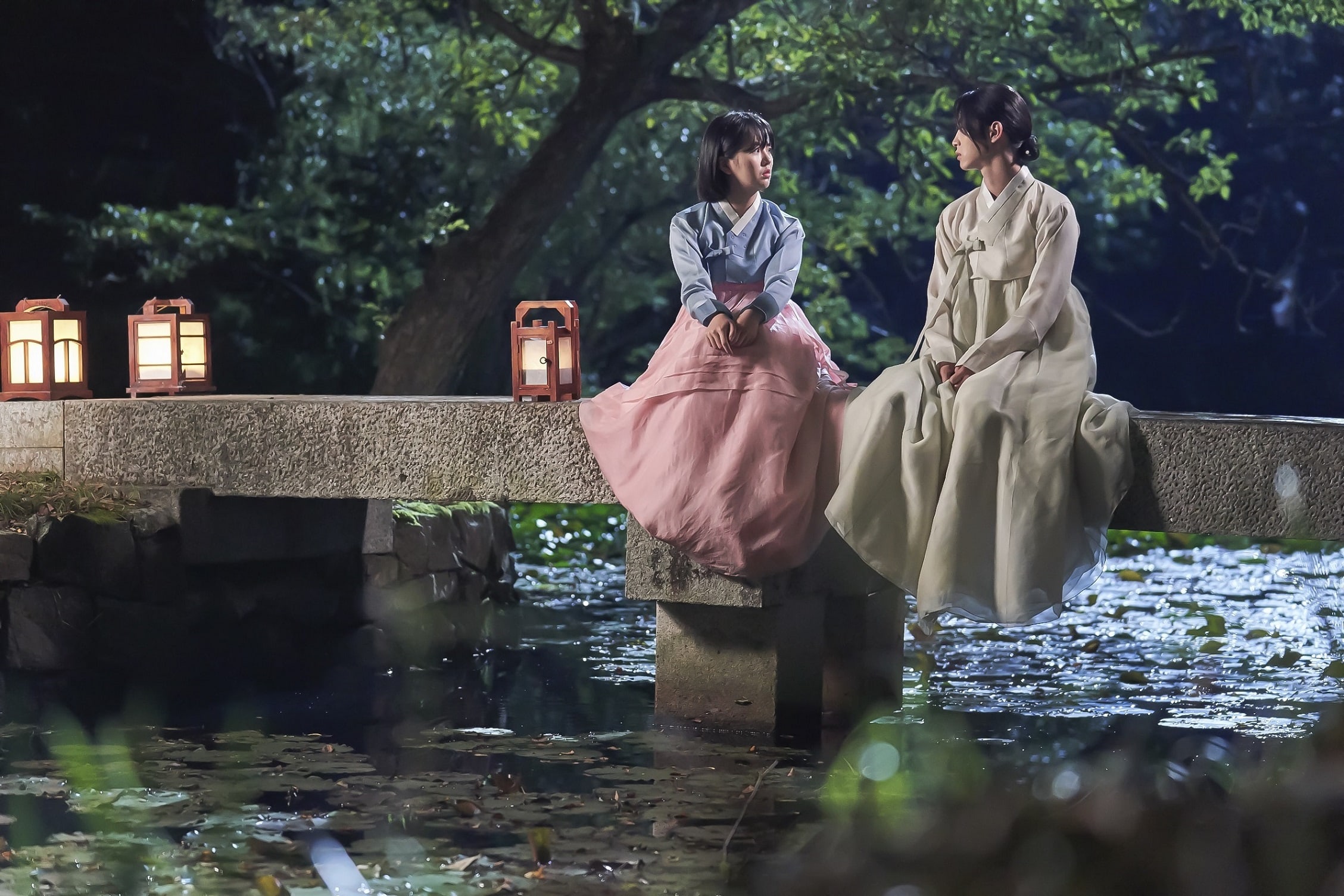 The production crew commented, “The unfamiliar changes undergone by Jeon Nok Du and Dong Dong Joo, who begin to realize their feelings, will reach a turning point in episodes 9 and 10. The excitement will increase with a clumsy, jealous Jeon Nok Du and Dong Dong Joo’s denial of her feelings for him. We hope you will watch how their feelings change in the midst of the whirlwind of events.”