Kim Jong Kook recently talked about his hometown on the latest episode of SBS’s “Running Man”!

During the October 13 episode of the variety show, the “Running Man” cast headed towards Kim Jong Kook’s hometown of Anyang for an exciting mission centered around the singer.

While driving towards Anyang, Kim Jong Kook recalled fond memories from his childhood, saying, “If you go to the right, you’ll get to the Anyang stream. The cherry blossoms there are incredible.”

In response, the members asked if he had ever gone there for dates, especially when he was in high school. Kim Jong Kook replied, “I did go on a date there, but it was once I became an adult.” When Jun So Min curiously asked, “How many people have you walked [that flower path] with,” he honestly answered, “Just one person.”

The nostalgic atmosphere was broken when Ji Suk Jin commented, “So that entire right side was originally farmland? Then the owner of this land must be filthy rich right now.” Jun So Min laughed as she remarked, “Suk Jin oppa only thinks about real estate, and I only think about love.” 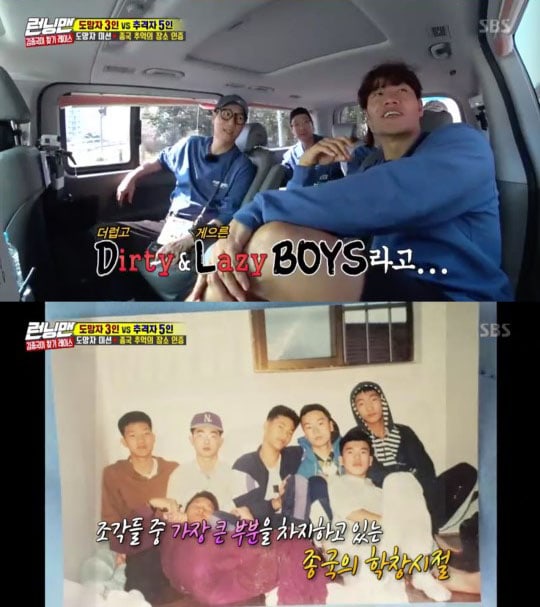 Kim Jong Kook also mentioned his high school dance team called the “D.L BOYS.” He explained, “We had a lot of school events at the Sports Complex. School was honestly like heaven for me. Our high school’s festival was really popular. We were like celebrities. I participated in the festival with my dance crew called the D.L BOYS.” He smiles as he added, “It stands for ‘dancing little boys,’ but the teachers called us the ‘dirty and lazy boys.'”

When the team finally reached Anyang, the “Running Man” cast was split up into teams—one team to go on the run, and the other team to try to catch them.

Kim Jong Kook was placed in the catching team and tried to predict where the running team would go next. As the team brainstormed possible areas around Anyang related to Kim Joong Kook, he brought up the Anyang underground shopping center. He commented, “My high school girlfriend’s mother ran a restaurant there. Whenever we went out, we’d eat there⁠—kimchi fried rice⁠.” 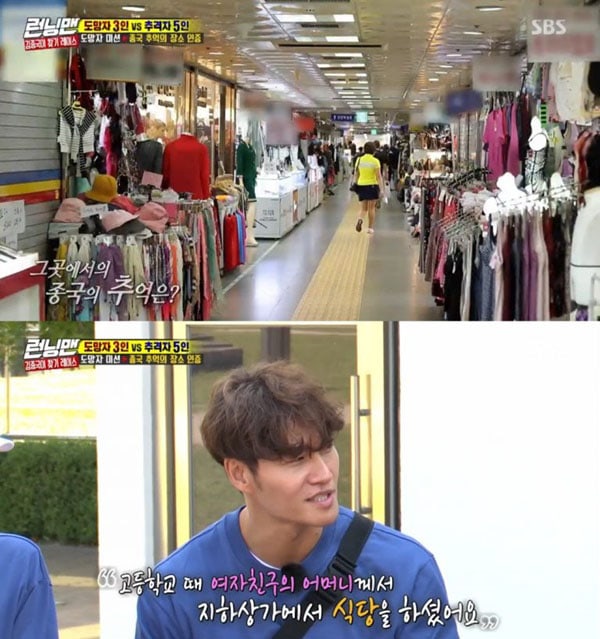 After the others agreed that this was a possible location, HaHa offered another suggestion: a hair salon. When he stated, “The hair salon noona liked you, didn’t she?” Kim Jong Kook couldn’t help but make a flustered expression as he shouted, “That’s not it!”

Catch up on the latest episode of “Running Man” with English subtitles below: