Super Junior talked about their past and future on SBS’s “My Ugly Duckling”!

The October 13 episode of the reality show gave viewers a behind-the-scenes look at Super Junior’s comeback preparations. While on set to film their music video for “I Think I,” the members sat down for lunch and shared a lively conversation.

One of the topics that came up was marriage. Leeteuk remarked, “Nine out of 10 people say that you should get married later on in life. Nowadays, people live to be 100 years old, so if you get married in your twenties, you have to spend 80 years living with one person.”

Shindong wondered, “If we get married late, would we be able to see our grandchildren?” Kyuhyun cracked everyone up by commenting, “I’m going to live until I’m 150 years old. Someone did some calculations, and they said that starting from the year 2049 onward, people won’t die anymore.”

The conversation then shifted to gossiping about Kim Heechul. Kyuhyun said, “I think it took three months for me to talk to [Heechul].” Shindong added, “Heechul uses formal speech to the point that it’s uncomfortable.” 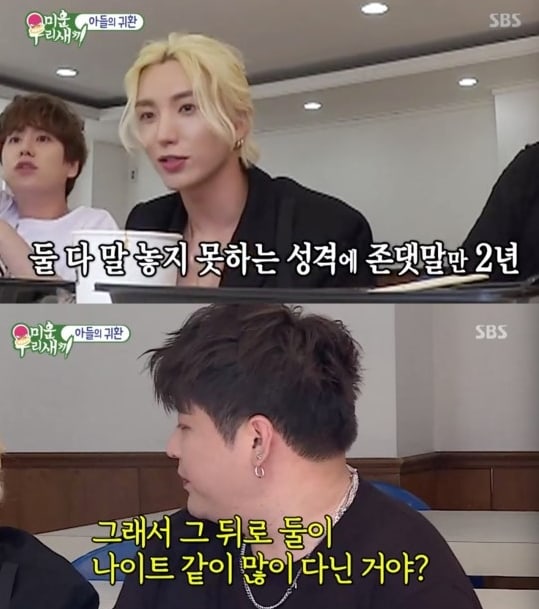 Leeteuk shared, “At first, I continuously used formal speech with Heechul. For almost two years, I would bow and greet him formally whenever we ran into each other. We’re both the type that find it difficult to switch to informal speech [with someone new].” He continued, “We once went to play video games together, and we still used formal speech. But as the game got tougher, we naturally started to speak informally.”

Heechul stated, “I need some kind of connection [to start speaking informally with someone]. I don’t like using informal speech just because I’m older.” Shindong teased, “So was it from then on that you two started going to nightclubs together?”

Recounting his clubbing days, Heechul responded, “Aren’t you so curious about nightclubs when you’re 20? At that time, I was still a trainee. I was handsome, so they let me in for free. On Saturday nights, they would call me and ask me to come at 9 p.m. So I went and partied.” 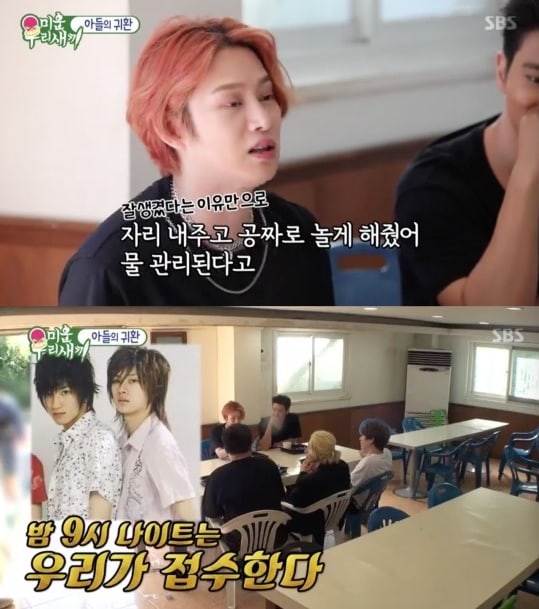 Later, after talking about marriage, the members decided to play a game of rock-paper-scissors, declaring that the winner would have to get married within the next three years. Shindong elaborated, “If you don’t get married in three years, you have to pay 1 million won [approximately $845] to each of the members.” He jokingly added, “Leeteuk would get married to avoid paying that money.”

Yesung also proposed, “If the winner doesn’t have a girlfriend, the members should take responsibility and introduce him to someone.”

At the end of their intense rock-paper-scissors battle, Ryeowook emerged the winner, making him the member that would have to get married within three years. 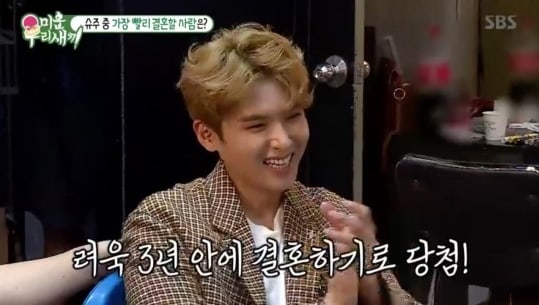 Watch last week’s episode of “My Ugly Duckling” below!

Super Junior
Leeteuk
Kim Heechul
My Ugly Duckling
How does this article make you feel?