“The Present” is a comedy film that tells the story of young people who have come together to carry out a sparkling idea when a mysterious man from the past appears in front of them.

Shin Ha Kyun will take on the role of Sang Goo, the mysterious man who traveled through time from 1969 to 2019. He visits a factory that he used to own in the past, where he encounters young people who have since taken over the place. In the poster, he looks confused by all of the advanced technology in front of him. The poster includes a tagline that says, “A mysterious man from the past.” 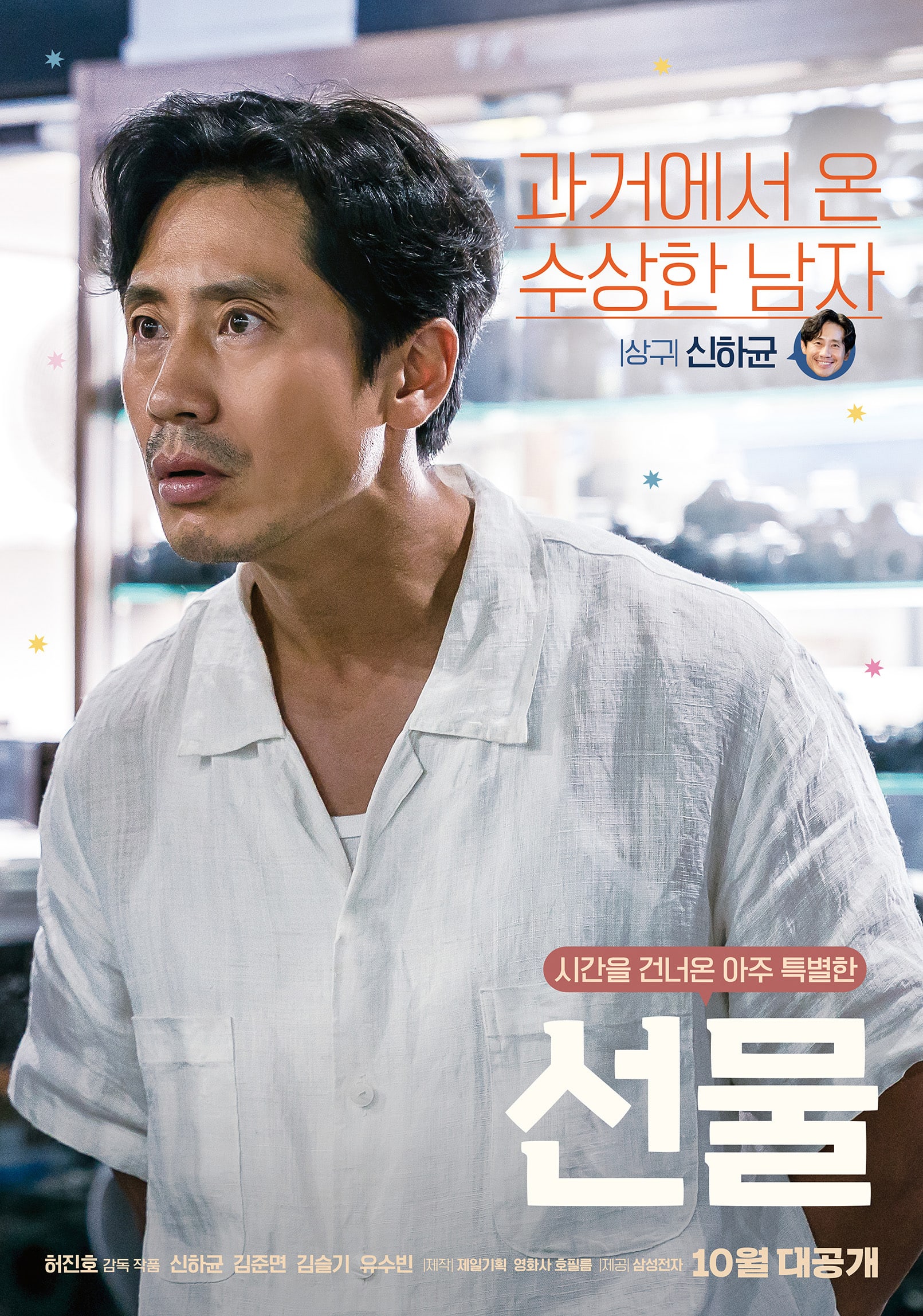 EXO’s Suho has transformed into Ha Neul. He is a passionate guy who continues to challenge himself to achieve his dream, which is to develop a thermal imaging camera that is used to put out fire. He even establishes a start-up company for the sole purpose of achieving his dream. The poster includes a tagline, “Youth full of passion.” 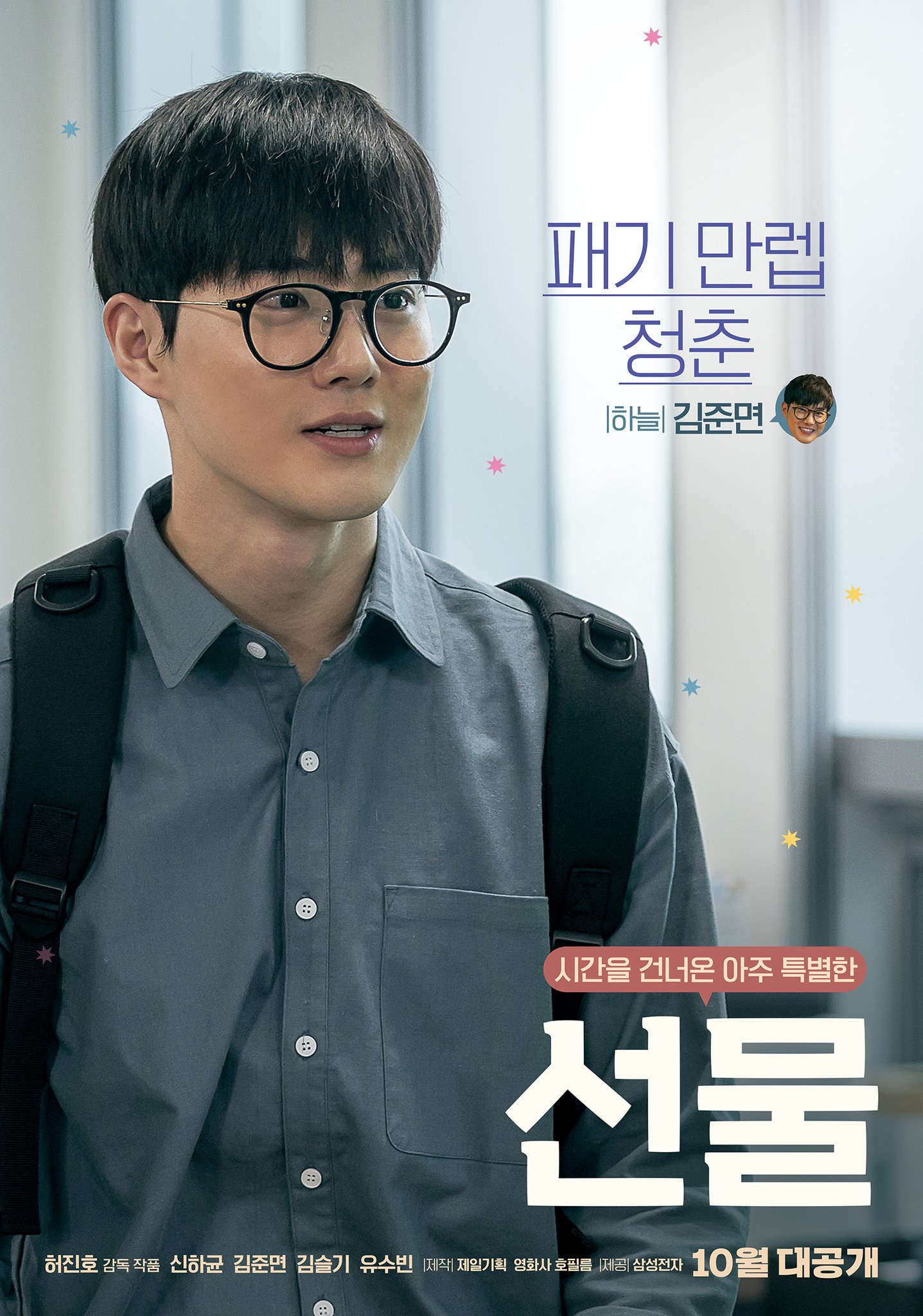 Kim Seul Gi will play Bo Ra, who is described as, “Youth who does not give up.” Yoo Soo Bin takes on the role of the innocent Young Bok, the only one who believes in Sang Goo’s time travel story. 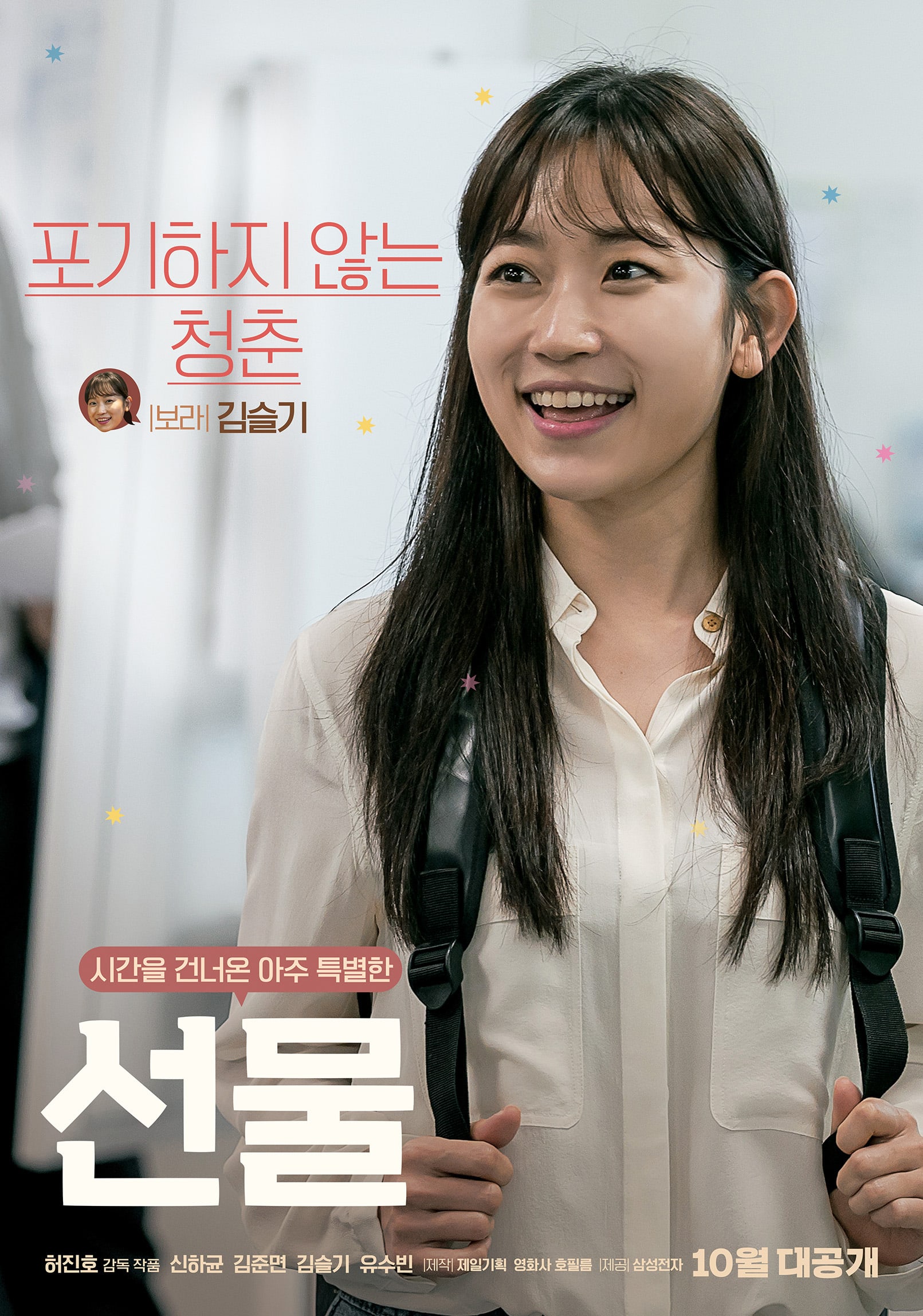 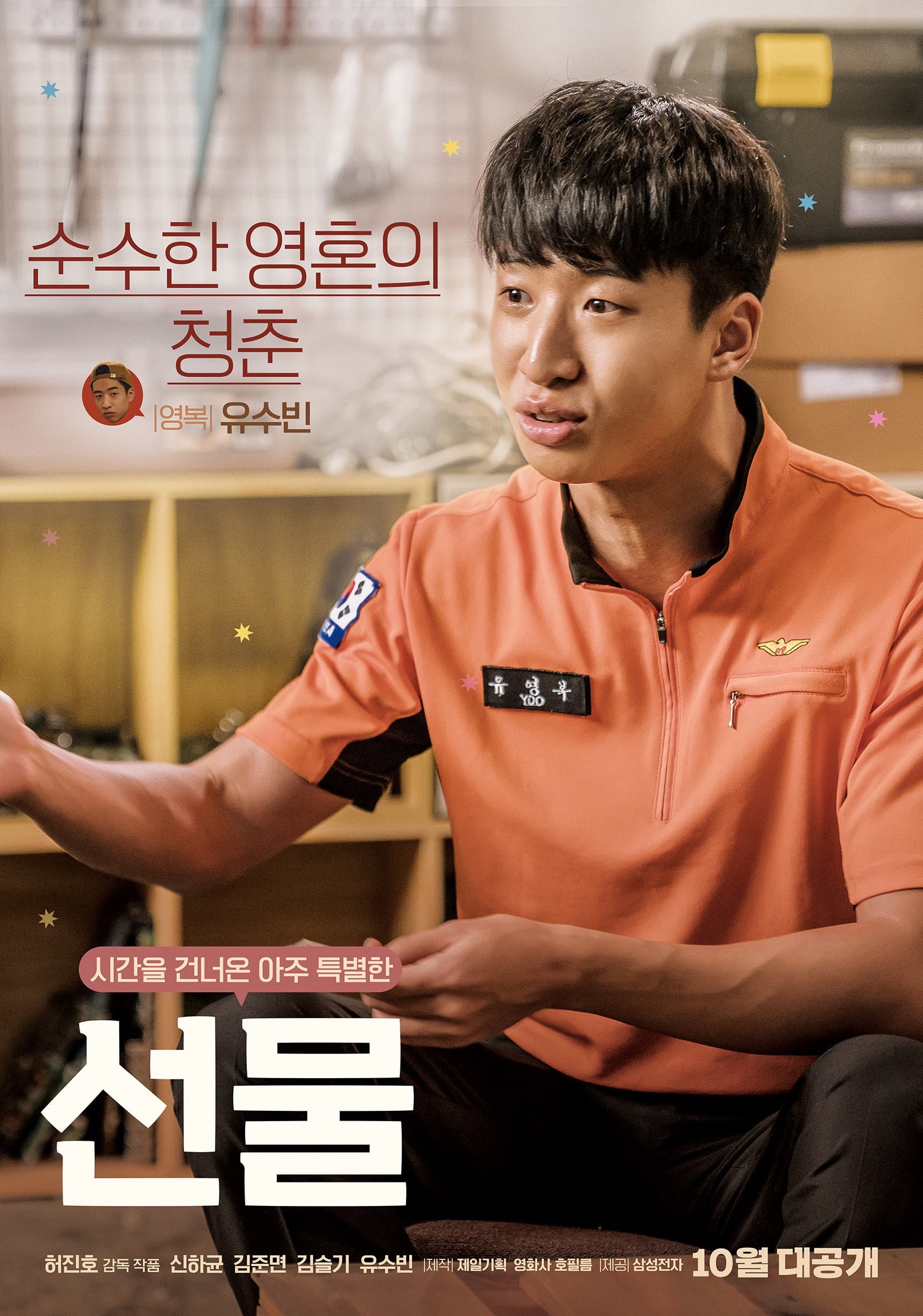 “The Present” will premiere on October 17 online through YouTube and other portal websites. Check out a teaser here!