Last week’s episodes showed Nok Du (Jang Dong Yoon) and Dong Joo (Kim So Hyun) discovering romantic feelings for each other that they were not aware of. Their chemistry is undeniable, but the situation got complicated when it was revealed that Yul Moo (Kang Tae Oh) used to be Dong Joo’s betrothed.

In the stills released on October 14, an unexpected bromance between Nok Du and Yul Moo captures the attention of viewers. Yul Moo stands against a tree as Nok Du has his arms on either side of him. Yul Moo is doing his best to avoid eye contact with Nok Du, which makes viewers curious about what kind of situation the two men have gotten themselves into.

Aeng Doo (Park Da Yeon) and General Hwang (Lee Moon Shik) are also spotted in the stills as they have come to Hanyang to visit Nok Du. Anticipation is high regarding how Nok Du will proceed with his dangerous adventure as a man in disguise as a woman. 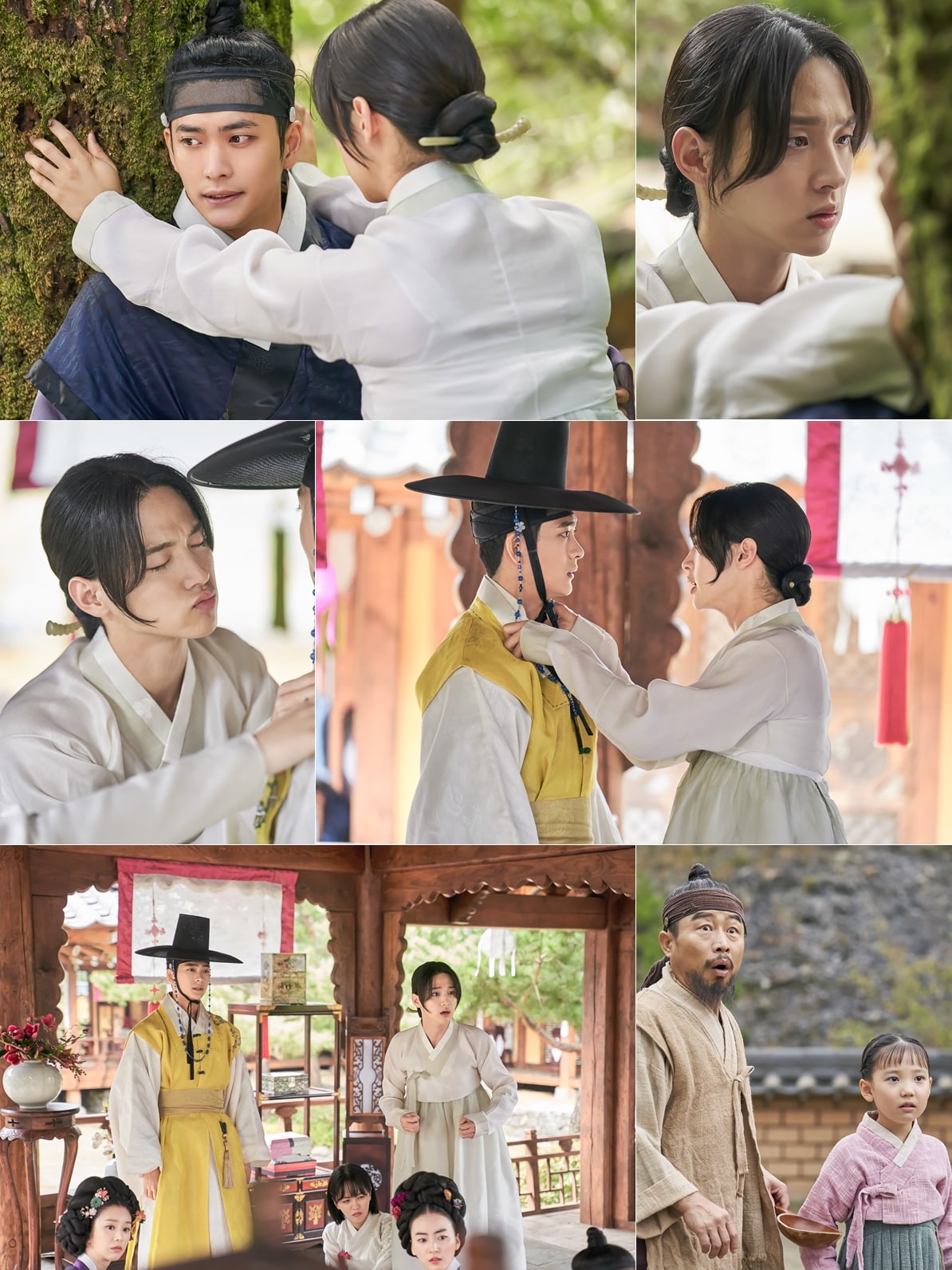 The production team shared, “The unexpected bromance of Nok Du and Yul Moo will bring never-before-seen excitement and humor. The episode airing on October 14 will unfold a hectic story that fits the words ‘chaos,’ ‘destruction,’ and ‘oblivion.'”

Kang Tae Oh
Jang Dong Yoon
The Tale Of Nokdu
How does this article make you feel?