3 Keywords From The 1st Half Of “Melting Me Softly”

One reason to look forward to weekend nights is “Melting Me Softly”!

The Saturday-Sunday drama tells the story of variety show producer Ma Dong Chan (Ji Chang Wook) and part-time employee Go Mi Ran (Won Jin Ah) who participate in a project to be frozen for 24 hours. Due to a mysterious scheme, they end up being frozen for 20 years instead.

Amid the growing interest of viewers who are looking forward to the plot development, “Melting Me Softly” shared three major keywords to summarize the drama:

Ma Dong Chan and Go Mi Ran have been frozen for 20 years. The big generation gap is apparent when Ma Dong Chan assumes carbonated water is soda without sugar and Go Mi Ran walks around in 90s retro fashion. Interest in their story increased even more with their emergency case of hypothermia and Ma Dong Chan’s confession on TV that he is a frozen human being.

Besides the main characters Ma Dong Chan and Go Mi Ran, the supporting characters also bring fun to the small screen. Son Hyun Ki (Im Won Hee) and Kim Hong Seok (Jung Hae Kyun) are in charge of laughter with their witty characters who are confused about the hierarchy now that Ma Dong Chan has reappeared. Hwang Dong Hyuk (Shim Hyung Tak) is stuck in the past 20 years ago when he was Go Mi Ran’s boyfriend, and Professor Hwang Gap Soo (Seo Hyun Chul) also delivers unpredictable entertainment with his lost memory.

In addition to the comedy, the drama also showcases mystery. In the previous episode, a mysterious man (Kim Bup Rae) was chasing down Professor Hwang Gap Soo. In one of the conversations, it could be assumed that the man currently in the frozen capsule is Lee Seok Doo. Who is Lee Seok Doo and what do they have to do with this matter?

Where is the romance heading in “Melting Me Softly?” Back in 1999, Ma Dong Chan was in love with Na Ha Young (Yoon Se Ah), but now with Go Mi Ran in the picture, many people are curious about which one he will end up with. Twenty years ago, Ma Dong Chan was prepared to marry Na Ha Young, but after being intertwined with Go Mi Ran because of the frozen human project, he can’t help but think about her. Their love triangle is heading in an unpredictable but exciting direction. 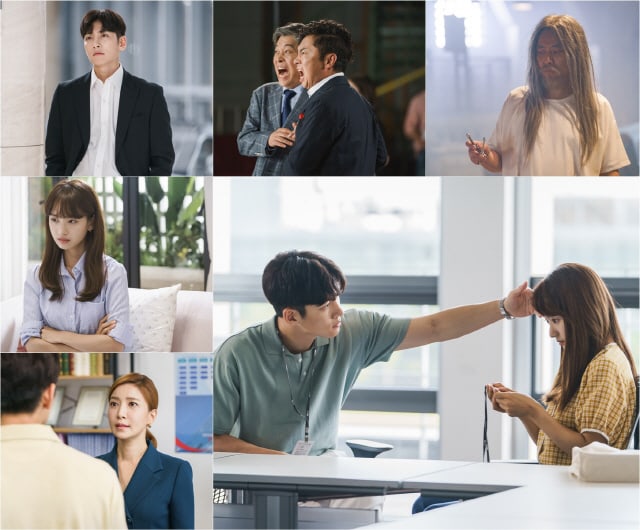 Watch the latest episode of Melting Me Softly” with English subtitles below!