MBC’s “Extraordinary You” has unveiled new images previewing the next episode!

Based on a fantasy romance webtoon, “Extraordinary You” tells the story of a high school student named Eun Dan Oh (played by Kim Hye Yoon) who comes to the shocking realization that she is actually a character in a manhwa (Korean comic). Eun Dan Oh subsequently attempts to defy her predetermined fate by rewriting her own story.

In the newly-released images, Kim Hye Yoon, Rowoon, Lee Jae Wook, Jung Gun Joo, APRIL’s Naeun, and Kim Young Dae upgrade their looks even further by trading their regular school uniforms for sleek dresses and tuxedos at an extravagant event. Their shocked expressions make viewers curious as to what will transpire at the party and whether Eun Dan Oh’s attempts to change her destiny will prevail there. 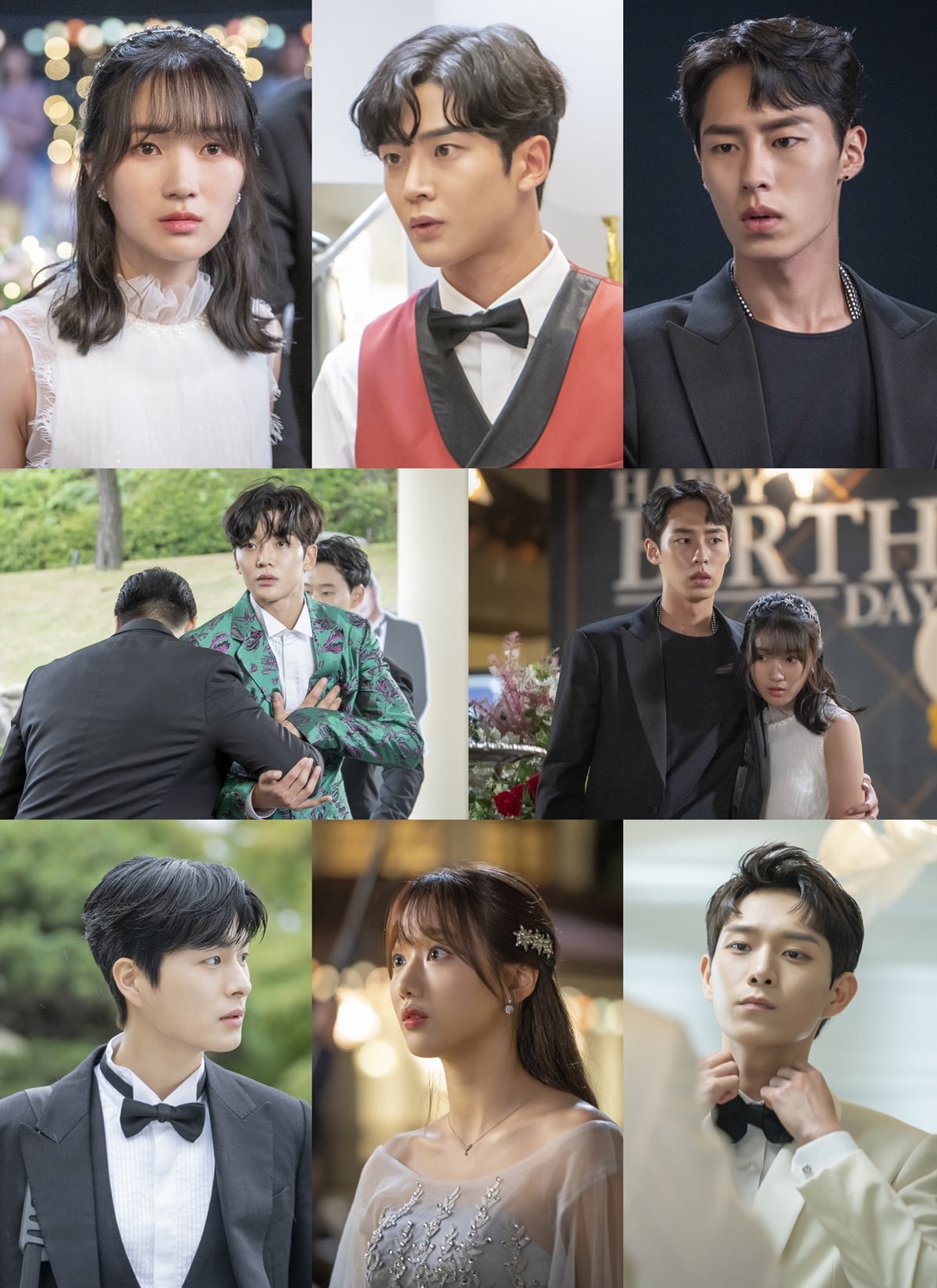 Last week, Ha Roo (played by SF9’s Rowoon) appeared and punched Eun Dan Oh’s fiancé Baek Kyung (played by Lee Jae Wook) after he said some hurtful words to her. When Baek Kyung angrily asked, “Who are you?” Ha Roo replied, “Even if I tell you, you won’t remember because the scene will change soon,” expressing his intention to escape the manhwa world where the characters have no free will.