On October 15, Good Data Corporation released the rankings of non-drama TV shows and cast members that generated the most buzz from October 7 to October 13.

The rankings are based on online articles, blog posts, community forums, social media posts, and views on video clips for 187 non-drama TV programs that are currently on air or scheduled to air soon.

Mnet’s girl group competition program “Queendom” was able to maintain its position on top of the list for the fourth consecutive week. Coming in at No. 2 on the list was another Mnet show, “Love Catcher 2,” which ended successfully with its highest buzzworthy score and ranking yet. Cast members Jung Chan Woo and Kim Ka Bin rose several spots to take the No. 1 and No. 2 spot, respectively, on the ranking of non-drama cast members.

MBC’s “I Live Alone” continued to hold its No. 3 spot this week as “Miss Trot” winner Song Ga In and Lee Sung Woo showed off their daily lives. Cast member Park Na Rae and Song Ga In also made it onto the non-drama cast members ranking at No. 7 and No. 8, respectively.

JTBC’s “Ask Us Anything” rose 12 spots to No. 5 on the ranking with Super Junior’s guest appearance for its 200th episode special. After being praised for their great variety show skills, the group was also able to debut at No. 10 on the non-drama cast members ranking. 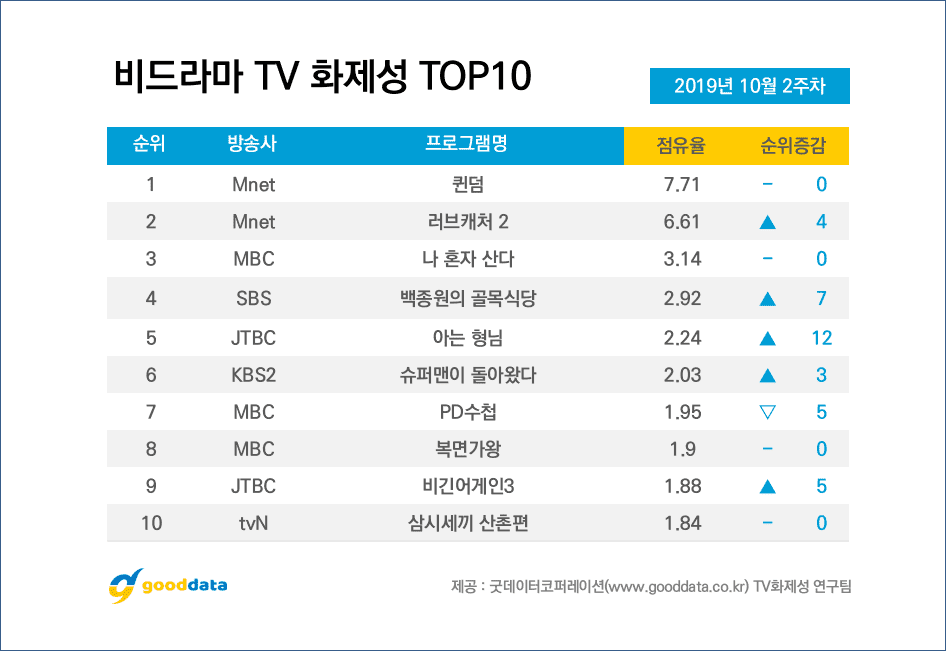 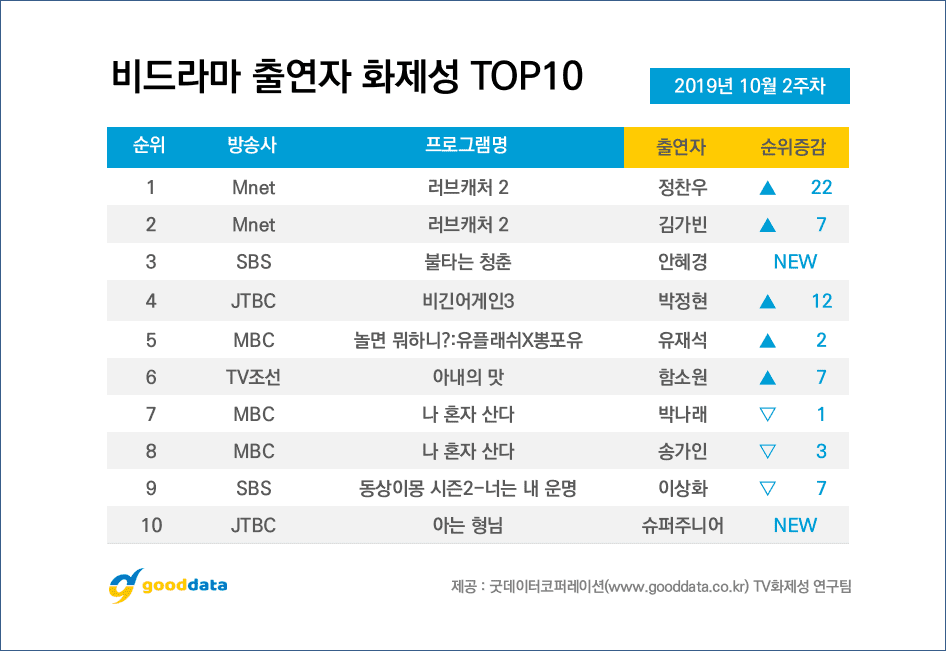