The October 15 episode of MBC’s “PD Notebook” addressed some recent suspicions and allegations about “Produce X 101.”

A trainee from “Produce X 101” (referred to as “trainee C”) met with “PD Notebook” along with his father. “We were all on the show because we were desperate, so we worked really hard,” he said. “If we wanted to appear on the show, they’d say ‘Show a lot of reactions.’ So as if it were really a reaction battle among the 101 of us, we’d all laugh in an exaggerated way.”

Trainee C went on to say that when they entered the dorm, they had to hand in their phones, wear the same clothes as everyone else, eat at the same time, and receive permission to go to the bathroom. They also were forbidden from going outside.

He also spoke about a surprising change in the first “center” for the show, who would perform in the center position of their theme song “X1-MA.” He stated that originally, the center was chosen by the trainees.

Another trainee also stated that the center had been someone else originally, and they found out suddenly during filming that the “national producers” would be voting instead. He said, “Everyone thought that since [name redacted] had a fandom and was really popular, he would of course be the one to do it, but then it was [name redacted]… everyone knew starting then.” 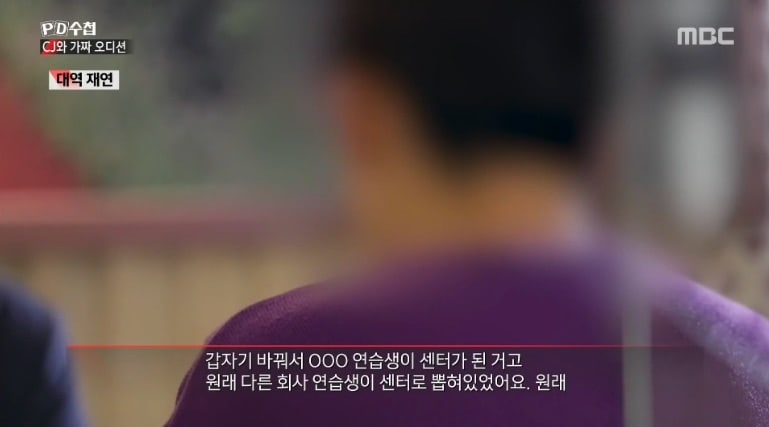 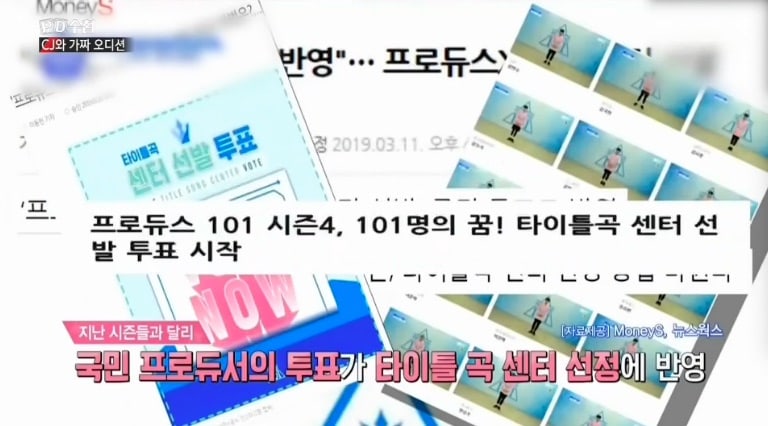 MBC previously revealed through “Newsdesk” that a trainee had told them that one of the contestants had found out about a mission song before anyone else from their dance teacher, allowing them to practice in advance. On “PD Notebook,” the anonymous trainee stated that it was a Starship trainee who had received the information, and he said that that trainee had been given a lot of pressure from the agency.

In regard to how lines were distributed between the contestants, Trainee B stated, “There were scenes in the show that seemed to be showing how the lines were distributed in the recording studio. The trainees would each take turns doing a part.” He explained that in reality, all of a sudden a show writer would come in and give a lecture for 30 minutes, and then in the end they had no choice but to go with a certain person.

He continued, “Suddenly PD [producing director] Ahn Joon Young came and took the composer out of the room. They talked outside of the room for an hour.” 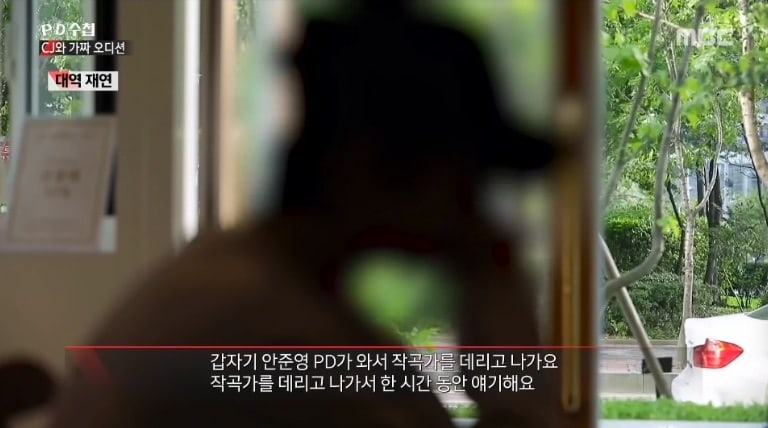 Another issue addressed by “PD Notebook” was unfair distribution of screen time between the trainees. A member of the “Produce X 101” production team said, “We’re told from above, ‘Focus on this person while filming. Show this kind of appearance.'” He said they’d be told, “Let’s give him a bit less screen time” or “Let’s increase his screen time a bit.”

In particular, one of the trainees said that from the beginning, it was clear that the Starship trainees were being pushed by the show. “We called it ‘Starship-duce’ among us trainees,” he said. When “PD Notebook” reached out to Starship for comment, they said that they could not give a statement as the investigation is ongoing.

A “Produce X 101” contestant also said, “When the final ranking was revealed, we were all surprised, but someone said to the other trainees, ‘I actually knew that I wouldn’t make it.'” The contestant said that the trainee had been told this by the team leader at Woollim Entertainment.

“They said that they were told that only one person would make it from Woollim,” said the contestant. “So that made me think, ‘Ah, so it was really already decided internally.'”

Representatives from entertainment agencies also talked about their view of “Produce X 101.” The head of an agency said, “As most people probably know, it was plain common sense that it had been set up to some degree.” They said, “To be honest, I never thought that 11 of them had made it fairly.”

“PD Notebook” talked to staff members who explained that the final scores in the finale were calculated not by someone in the studio control room, but by another PD who was off site. This PD did the work alone in a separate room, and then sent text messages with the numbers to the staff who inputted the scores as captions on screen.

A member of the production team said, “If it was manipulated, then wouldn’t it have gone through Ahn Joon Young? Since he’s the main PD, his opinion was unconditionally strong.” A further staff member said, “It’s true that Ahn Joon Young is like a sacrificial lamb. I don’t really like that expression, but it’s not something that he could have handled all on his own.”

A representative of CJ ENM stated that they would not be able to respond for comments as the investigation is ongoing.

PD Notebook
Produce X 101
How does this article make you feel?