Rowoon and Lee Jae Wook are about to stage a fiery war of nerves over Kim Hye Yoon in the upcoming episode of “Extraordinary You”!

Based on a fantasy romance webtoon, “Extraordinary You” tells the story of a high school student named Eun Dan Oh (played by Kim Hye Yoon) who comes to the shocking realization that she is actually a character in a manhwa (Korean comic). Eun Dan Oh subsequently attempts to defy her predetermined fate by rewriting her own story. Rowoon plays Ha Roo, also known as “No. 13,” and Lee Jae Wook takes the role of Baek Kyung, Eun Dan Oh’s fiancé.

Previously, Eun Dan Oh succeeded in changing the storyboard with the help of an unnamed extra boy called “No. 13” and realized that he might be able to change her fate. Eun Dan Oh named him Ha Roo and became closer to him, irritating Baek Kyung and igniting a love triangle between them. After witnessing Baek Kyung lashing out his fury against Ha Roo at the library, Eun Dan Oh figured out that she may be bringing misfortune to Ha Roo and started to distance herself. However, Ha Roo had already started to protect her from Baek Kyung.

On October 16, “Extraordinary You” released stills of another tense confrontation between Ha Roo and Baek Kyung. Baek Kyung grabs Eun Dan Oh’s wrist, and Ha Roo retaliates by pulling her behind him. Eun Dan Oh looks shocked as Ha Roo and Baek Kyung glare at each other. The photos signal a rapid development in their love triangle, raising curiosity about what made the war of nerves erupt between the two boys. 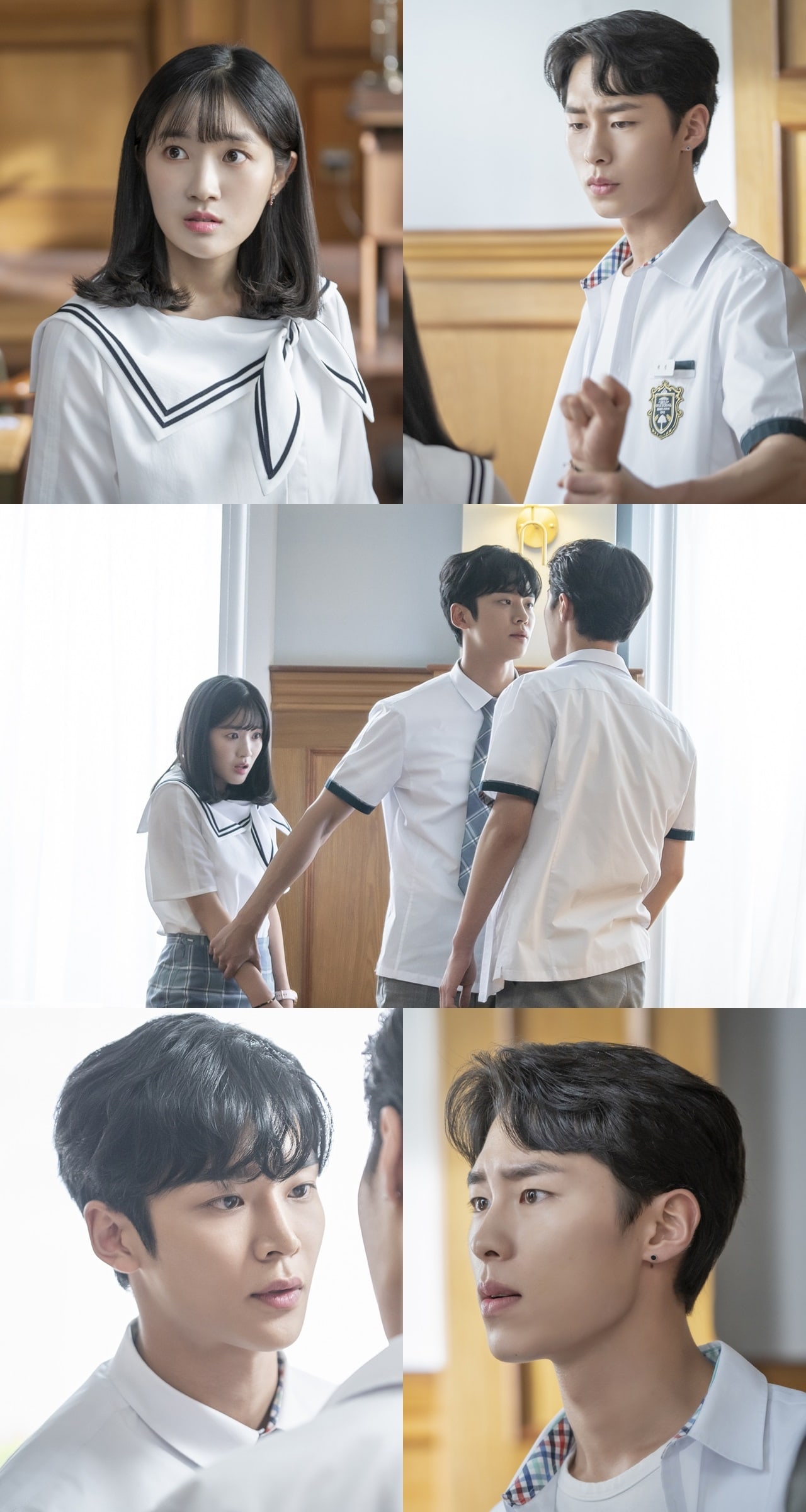