“Flower Crew: Joseon Marriage Agency” is a rom-com historical drama about a king (played by Seo Ji Hoon) who seeks out Joseon’s top matchmaking agency Flower Crew because he is unable to forget his first love. The three handsome matchmakers (played by Kim Min Jae, Park Ji Hoon, and Byun Woo Seok) put their own lives on the line to turn the commoner Gae Ddong (played by Gong Seung Yeon) into a noblewoman.

First, Kim Min Jae and Gong Seung Yeon prepare for a scene together and when they enter a room, they realize they aren’t alone. The two are intrigued by the bat hanging from the ceiling, with Gong Seung Yeon remarking, “It’s in here even though the light is on?” Kim Min Jae moves to step closer as he says, “I don’t think it’s moving?” when it suddenly takes flight and leaves. Terrified by the sudden movement, Kim Min Jae is close to tears as he says he doesn’t like being scared. 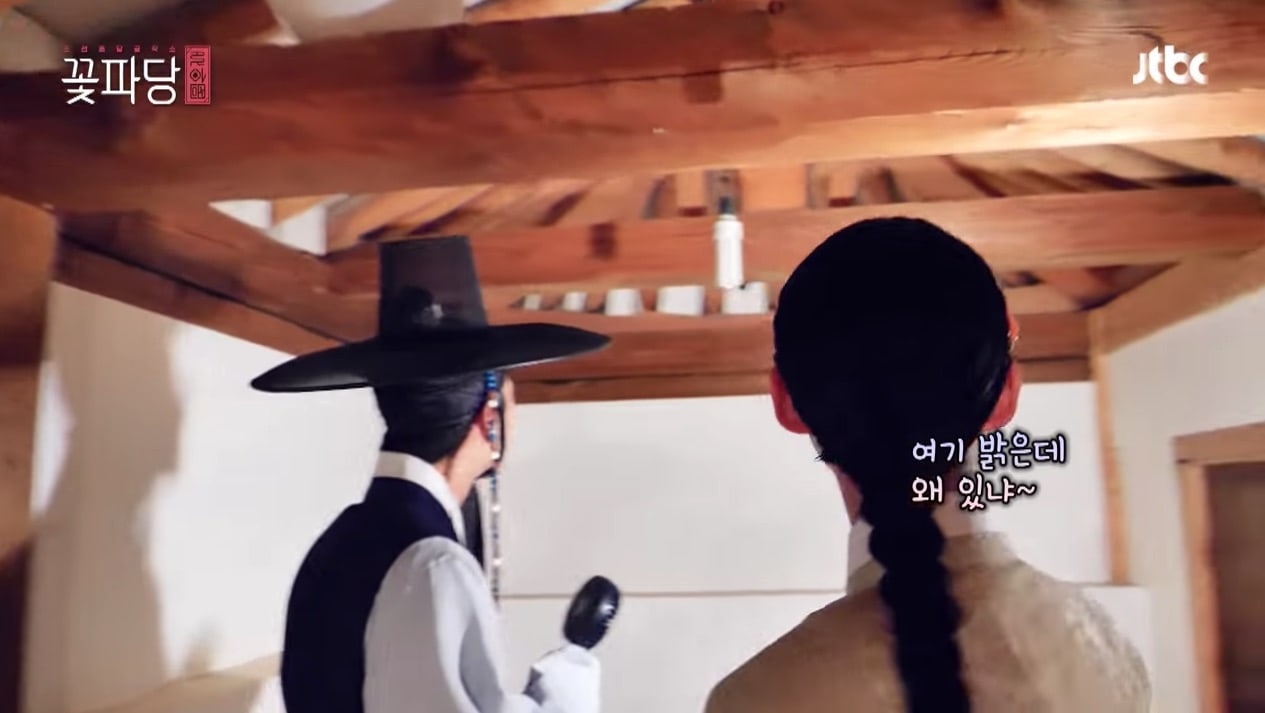 Next, the pair are outside to film a scene where Kim Min Jae has to walk through hanging clothes. However, he faces some trouble as his hat gets caught up in the lines and he practices his movements to make sure he doesn’t knock anything down. They film a scene that gets hearts racing as Kim Min Jae pulls Gong Seung Yeon in to avoid danger, and they’re able to finish the scene without any issues.

Gong Seung Yeon, Kim Min Jae, Byun Woo Seok, and Park Ji Hoon are all gathered in one place, and laughter never stops. From looking at the incense pouch that Park Ji Hoon has to sitting in funny poses, the actors can’t stop laughing as they joke around. The bickering relationship between Park Ji Hoon and Gong Seung Yeon continues to bring the laughs in the following scenes when he gets her to try on many different outfits and then tries to make meringue for a facial mask. He seems to have trouble and even the staff gets involved to get the meringue ready. 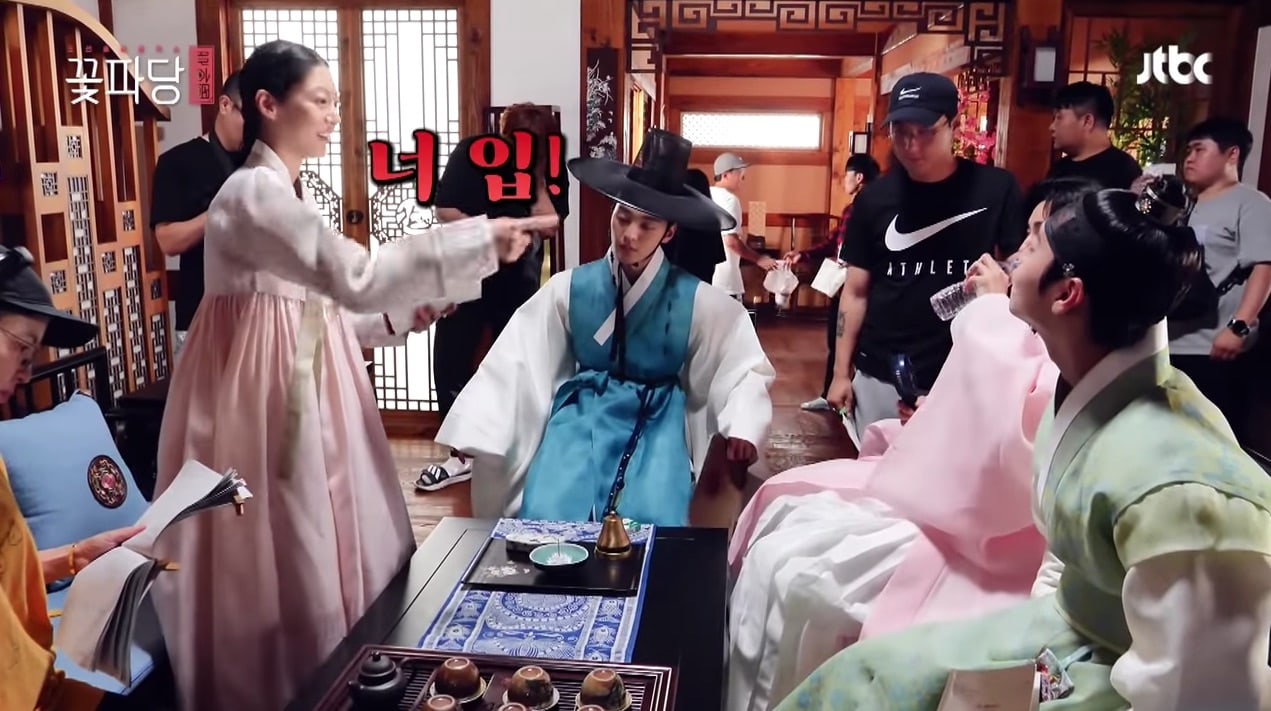 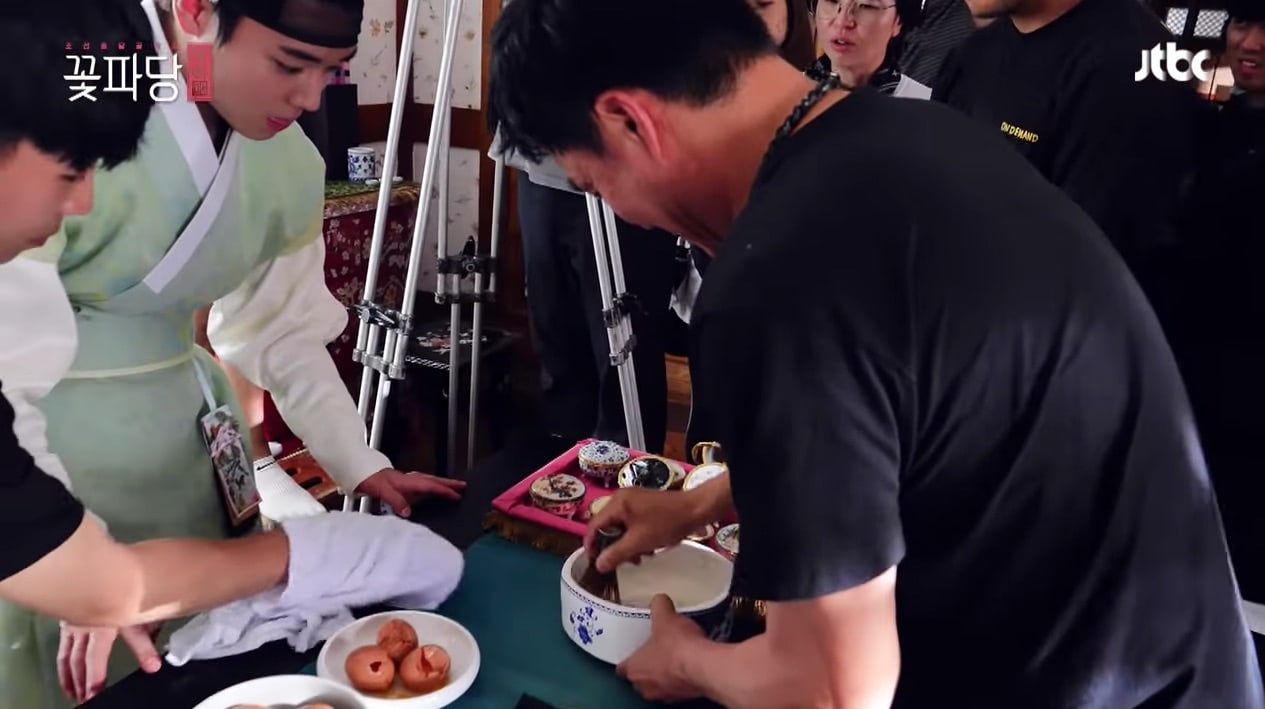 Finally, Park Ji Hoon is filming a scene where he gets dragged away and locked up, and he perfectly embodies a person caught completely off guard and is able to complete the scene with praise from the staff.