Jang Nara, Lee Sang Yoon, And More Hide Behind Their Secrets In Character Posters For “VIP”

The character posters for “VIP” have arrived!

This upcoming “private office melodrama” from SBS is about a task force in charge of taking care of a department store’s VIP clients. It also tells the stories of working women surviving in the workforce and their marriages.

Jang Nara portrays Na Jung Sun, a woman who dreamt of living an ordinary married life until one day she receives a mysterious text message about her husband. After experiencing a huge emotional shift, Na Jung Sun looks through the blinds with a fierce look in her eyes. Reflecting her complicated emotions, the words next to her say, “There were times when I thought that my love was special enough to mend the cracks between the broken pieces.” 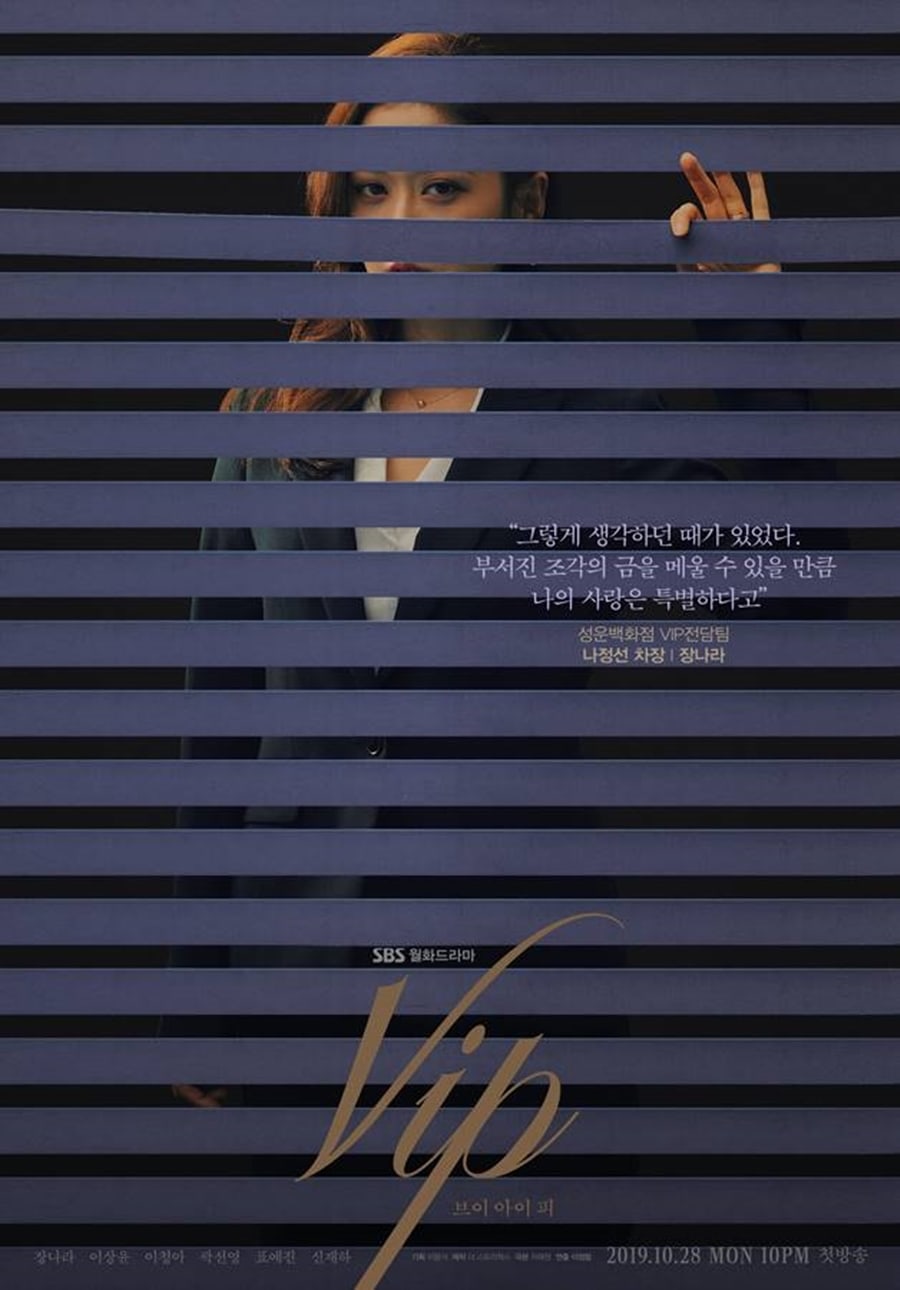 Park Sung Joon (played by Lee Sang Yoon) has a secret he can’t tell his wife, Na Jung Sun. He has his back to the blinds with the words, “I was relieved thinking that you would be with me at the end of my life. Those days that I thought about every day were so warm.” 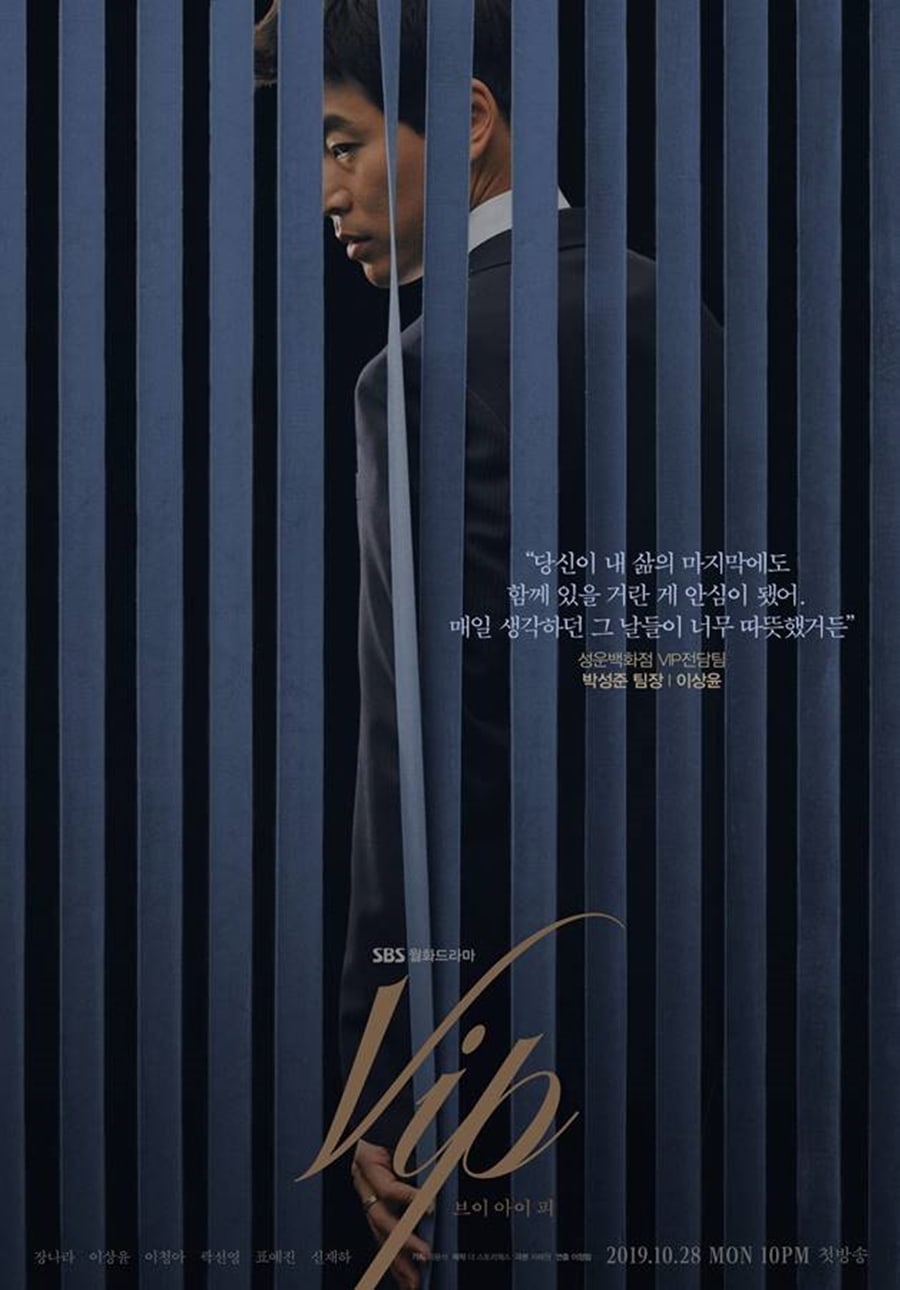 The VIP task force’s ace, Lee Hyun Ah (played by Lee Chung Ah), is always ahead of the trend. Opening the blinds in confidence, her poster says, “I knew that you were that kind of person. Stop now before it’s too late.” 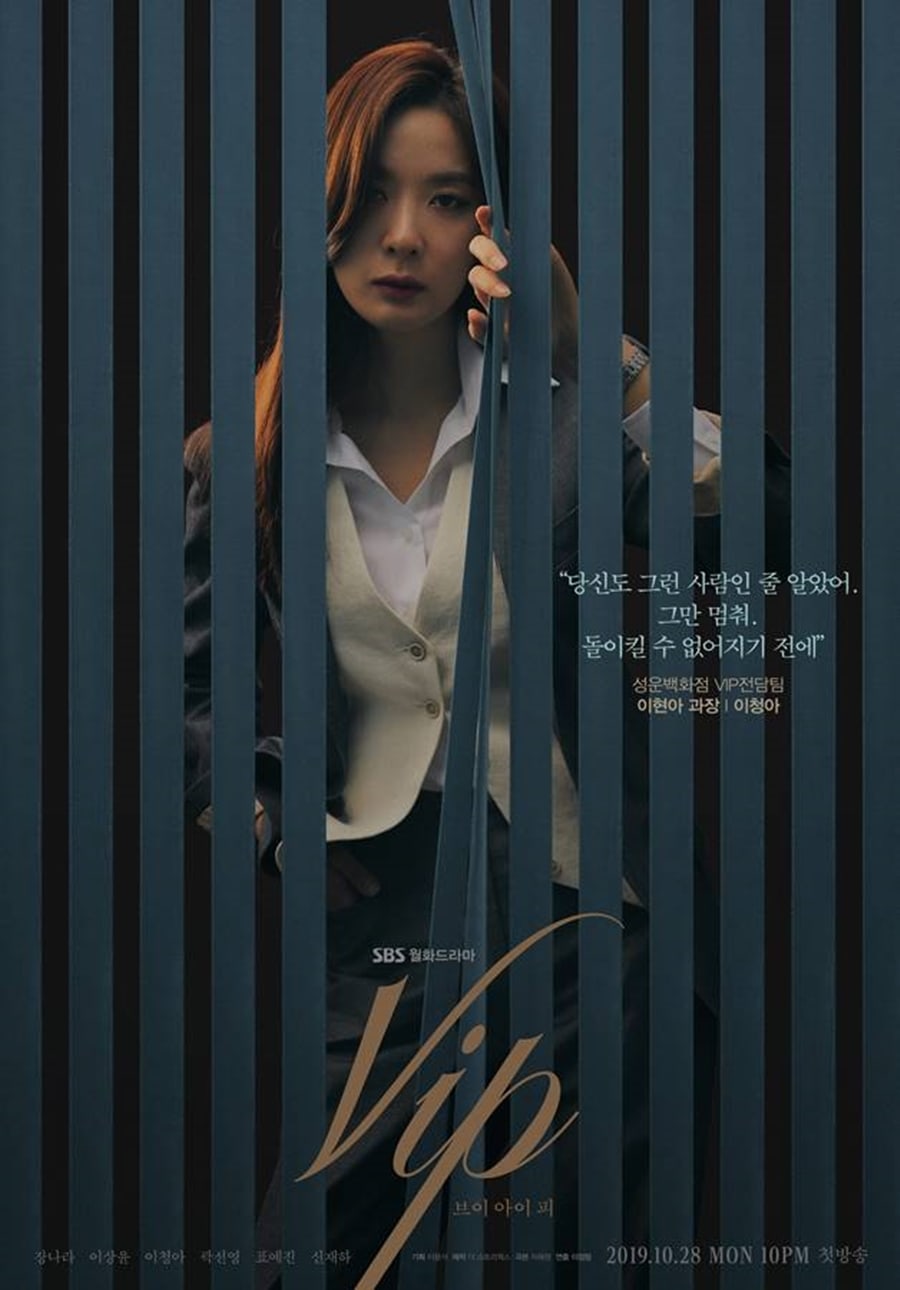 Song Mi Na (played by Kwak Sun Young) wants to succeed at work as an employee and at home as a mother. With a nervous look in her eyes, her poster reads, “If I give up now, all of the times that I bore through while gritting my teeth will disappear in a second.” 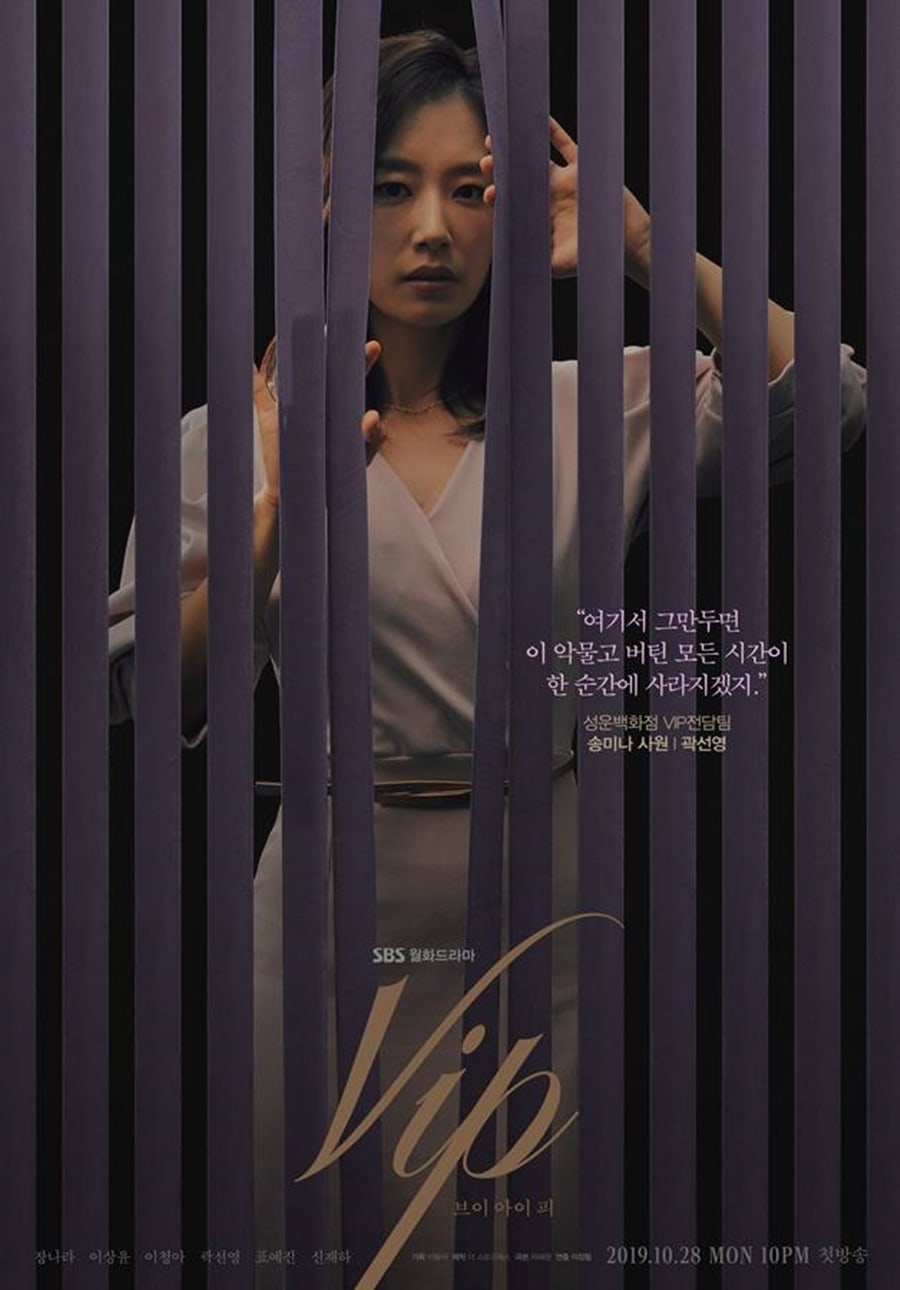 On Yoo Ri (played by Pyo Ye Jin) was able to enter the VIP task force after receiving the opportunity of a lifetime thanks to an exceptional promotion. Appearing nervous, her poster says, “There are such things as qualifications, but it’s my first opportunity. I don’t have anywhere to retreat to.” 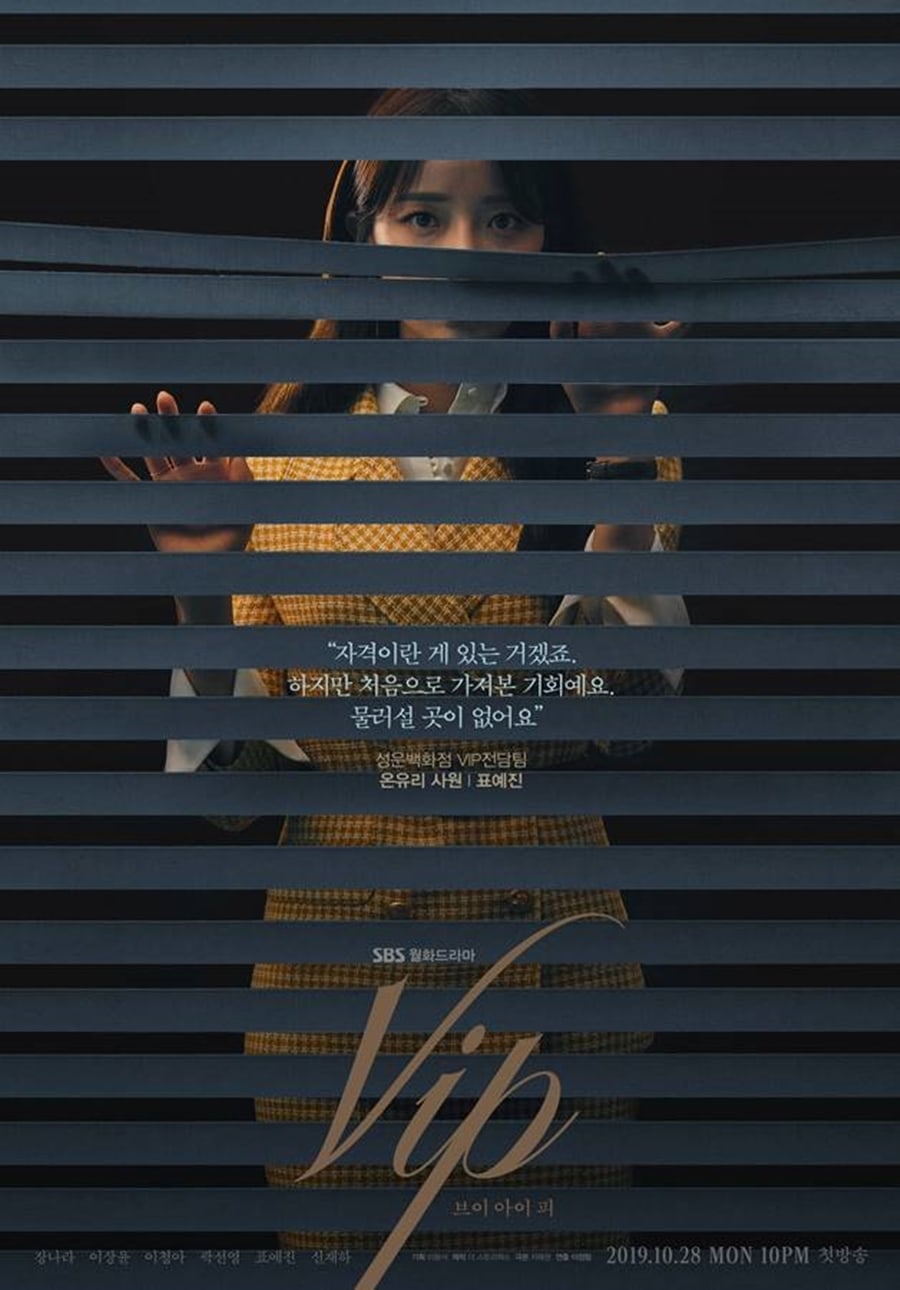 Ma Sang Woo (played by Shin Jae Ha) thinks of joining the VIP task force as the first hardship of his life. Making viewers curious as to who the target of his words are, he says, “Don’t worry. You’re going to be happy no matter what, and look strong and cool as if nothing happened.” 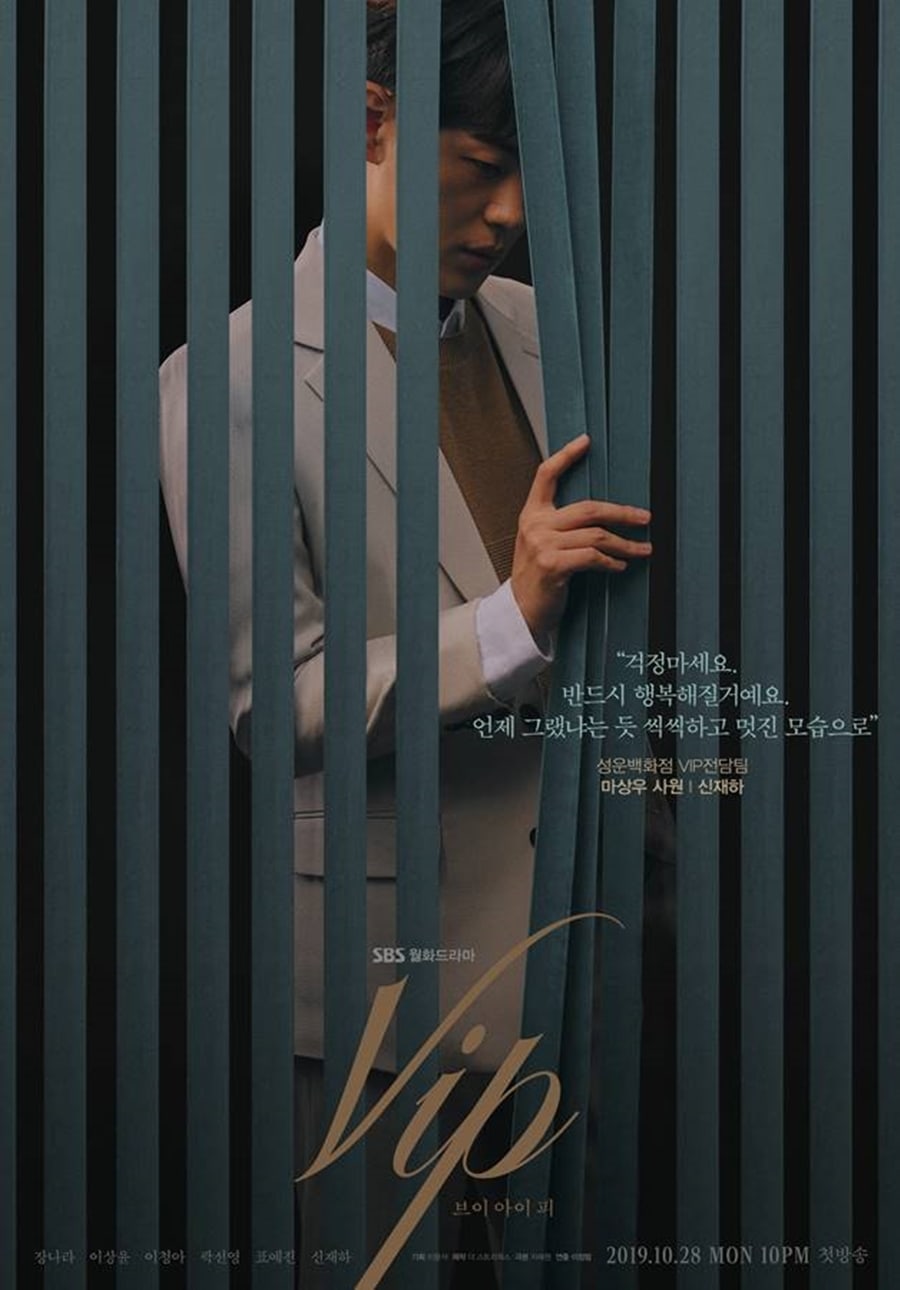 A source from the drama stated, “The six characters’ secretive narratives were expressed using the blind as a tool and words that reflected their feelings. Please look forward to the private office melodrama that will shake up the five senses of viewers every time it unveils a secret as it progresses.”