“Never Twice” tells the story of the guests at Paradise Inn, who dream of getting back on their feet by overcoming their past failures and suffering. Kwak Dong Yeon takes on a starring role as Na Hae Joon, the heir of a five-star hotel across the street from the Paradise Inn. Park Se Wan plays Geum Bak Ha, described as a girl with a bright personality who gets help from the Paradise Inn during her lowest moments. Other cast members include Yoon Yeo Jung as the CEO of Paradise Inn, Song Won Seok as a golf player, and Ye Ji Won and Oh Ji Ho as roommates. 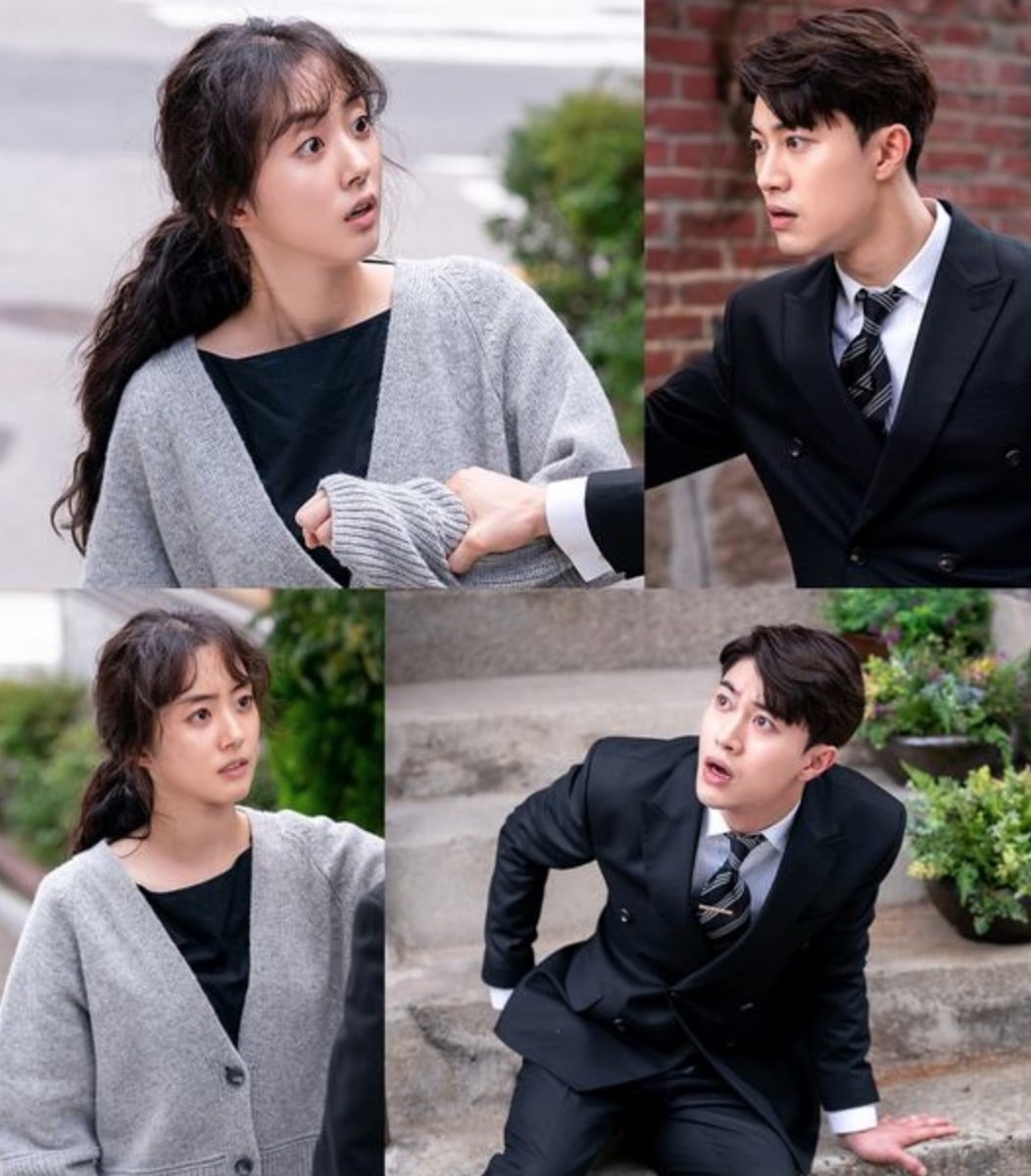 Because Kwak Dong Yeon is supposed to be a “perfect character,” with brains, beauty, and wealth, this unexpected encounter hints at the comedic nature of the drama. His over-the-top outraged expression in particular draws attention to the humor of the scene, as well as a new side to Kwak Dong Yeon’s acting skills.

The production staff of “Never Twice” stated, “Park Se Wan and Kwak Dong Yeon have such good chemistry that it’s hard to believe they never acted together before. They match each other so well it’s like they’ve worked together for years. An important part of the drama is seeing how their characters’ relationship changes throughout, so please look forward to it.”

“Never Twice” will premiere on November 2, after the end of “Golden Garden.”