“Catch the Ghost” is about a squad of police officers who guard the subway and try to hunt down an infamous serial killer known as “The Ghost.” Moon Geun Young plays passionate rookie officer Yoo Ryung, whose personality differs greatly from that of her poised superior Go Ji Seok (Kim Seon Ho), who does everything by the book. 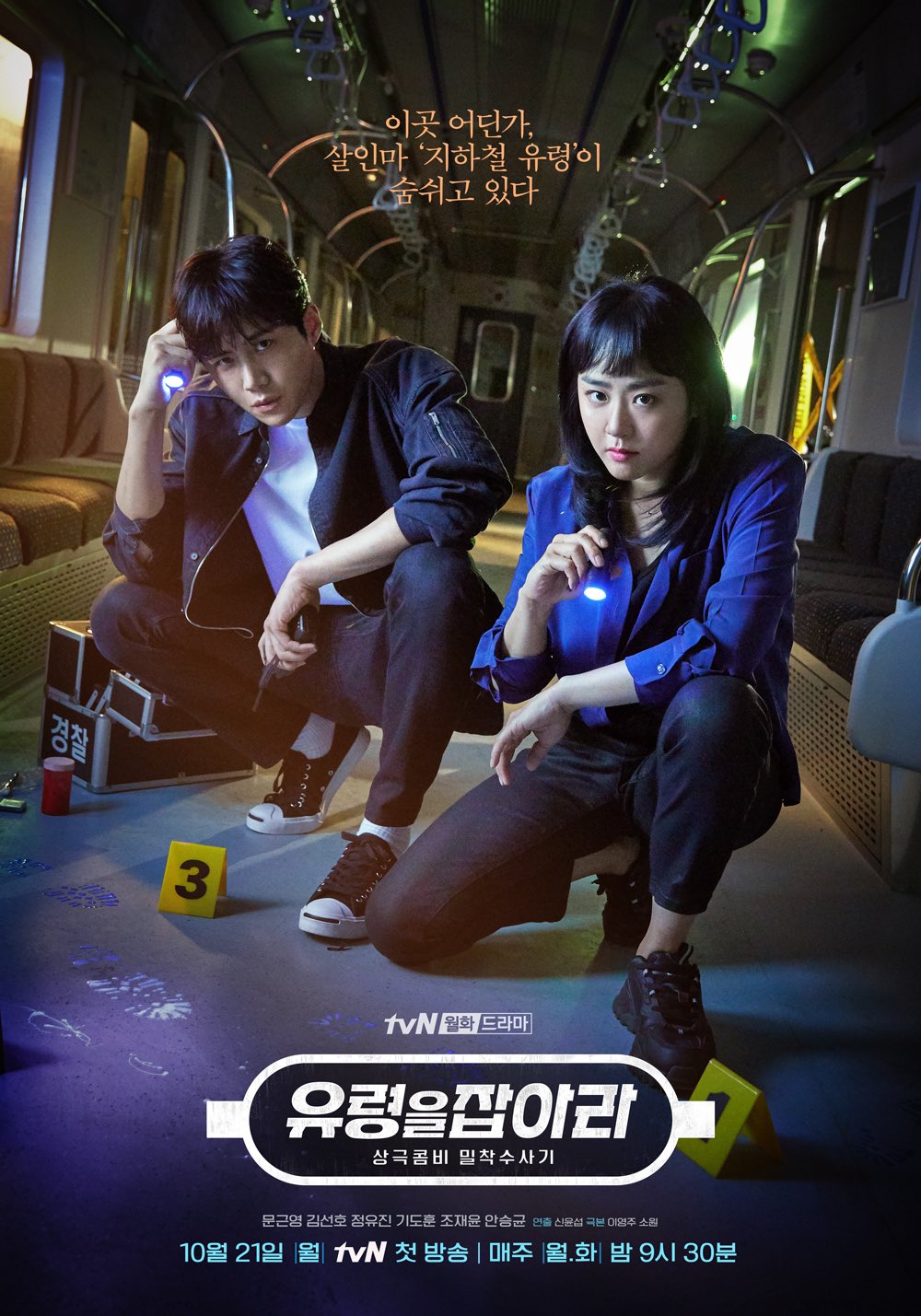 The mysterious footprints on the subway floor and the fact that the subway has suddenly turned into a scene of a crime prove that something serious has happened. The poster also features the phrase, “Somewhere in this place, the killer called ‘The Subway Ghost’ is breathing,” which adds to the poster’s tense atmosphere.