Contestants found out their standings on Mnet’s “Queendom.”

On the October 17 episode, the comeback survival show revealed the results of the third round unit battles.

For the performance unit, Oh My Girl’s YooA revealed that she came in first place. The Oh My Girl members screamed and celebrated in their dressing room. Seunghee became emotional looking at her fellow member, and YooA ended up bursting into tears. YooA said, “I’m crying because you are” while hugging her. 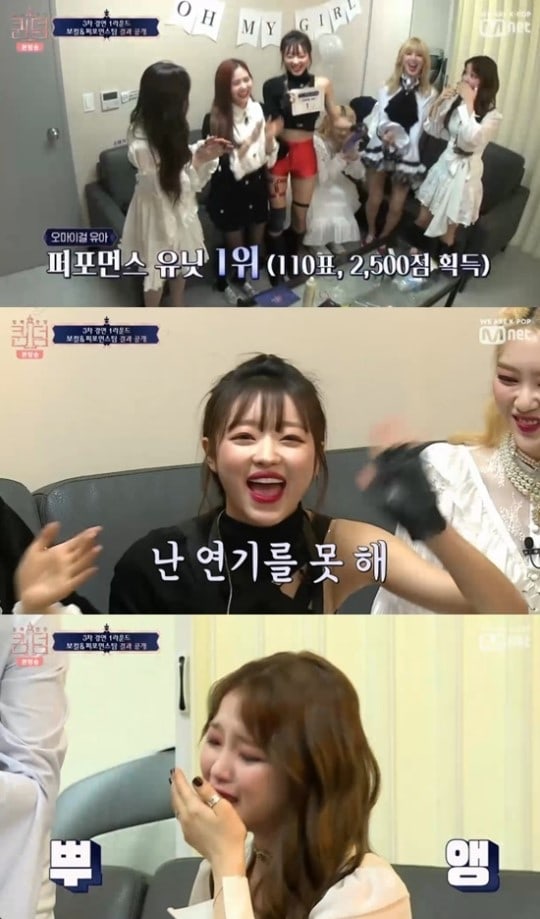 As for the vocal unit rankings, first place went to Lovelyz’s Kei and MAMAMOO’s Hwasa. Kei said, “This isn’t a lie, right? I feel like I’m going to cry. What do I do?” Kei told her partner, “Thank you” and Hwasa replied, “Why? You’re the one that did a good job.”

Hwasa got tissues for Kei when she began to cry, and they continued to praise one another. Referring to the partner selection process for the unit battle, the Lovelyz member added, “Thank you for being my partner. Thank you for accepting my kimbap.” 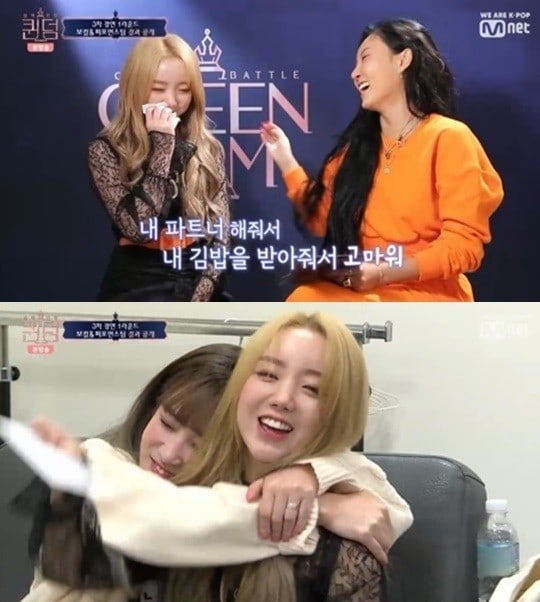 Lovelyz’s BabySoul commented, “I felt like I was watching the performance of a pop singer when Hwasa sang the introduction, so I knew this would be No.1.” Seunghee added, “It was so moving. I was really envious of this collaboration. I also wanted to try that kind of song and vibe.”