Yubin is back with her third solo album “Start of the End” and a music video for the title track “Silent Movie”!

“Silent Movie” was co-composed and co-written by Yubin and Shim Eun Ji and features Yoon Mi Rae. As a lo-fi hip hop track, the song is filled with autumn vibes, making it perfect for the current season in Korea. The song is based on Yubin’s experiences and thoughts, and in it, she describes the lack of conversation in a relationship by metaphorically comparing it to a silent movie.

Yubin released a cover image for her third solo album “Start of the End”! 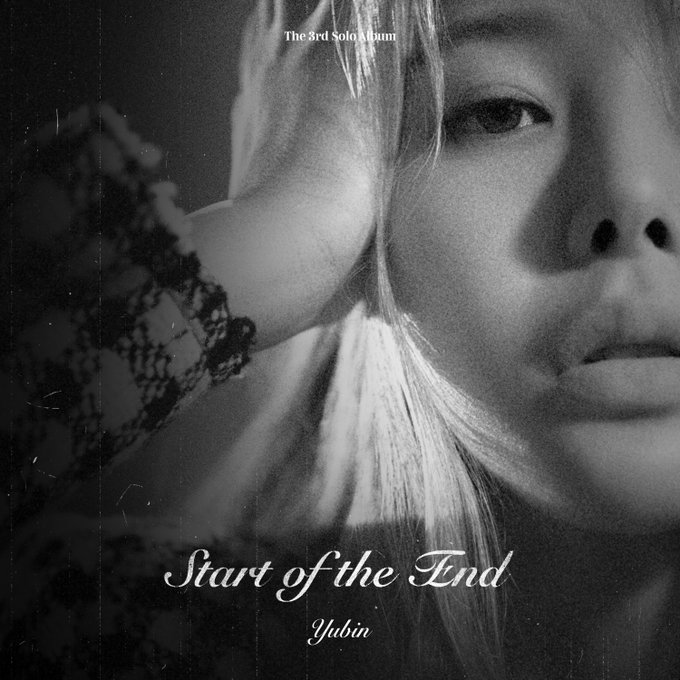 Yubin has shared a new sneak peek of the lyrics for her upcoming song “Silent Movie” featuring Yoon Mi Rae! 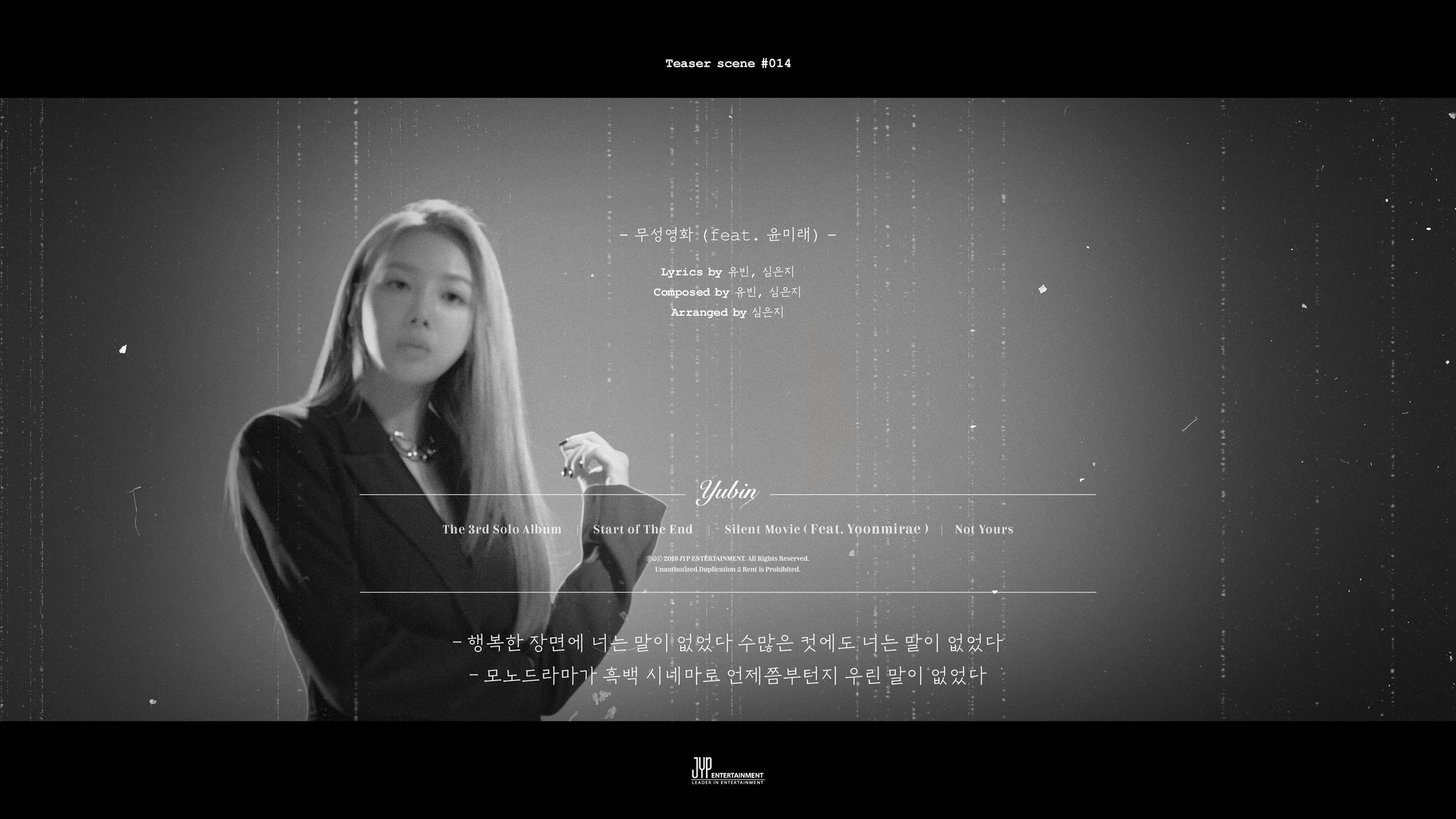 The second teaser features the lyrics: “Why did we laugh back then, what was so funny/As our feelings grew more distant, it seems our ears grew deaf as well.” 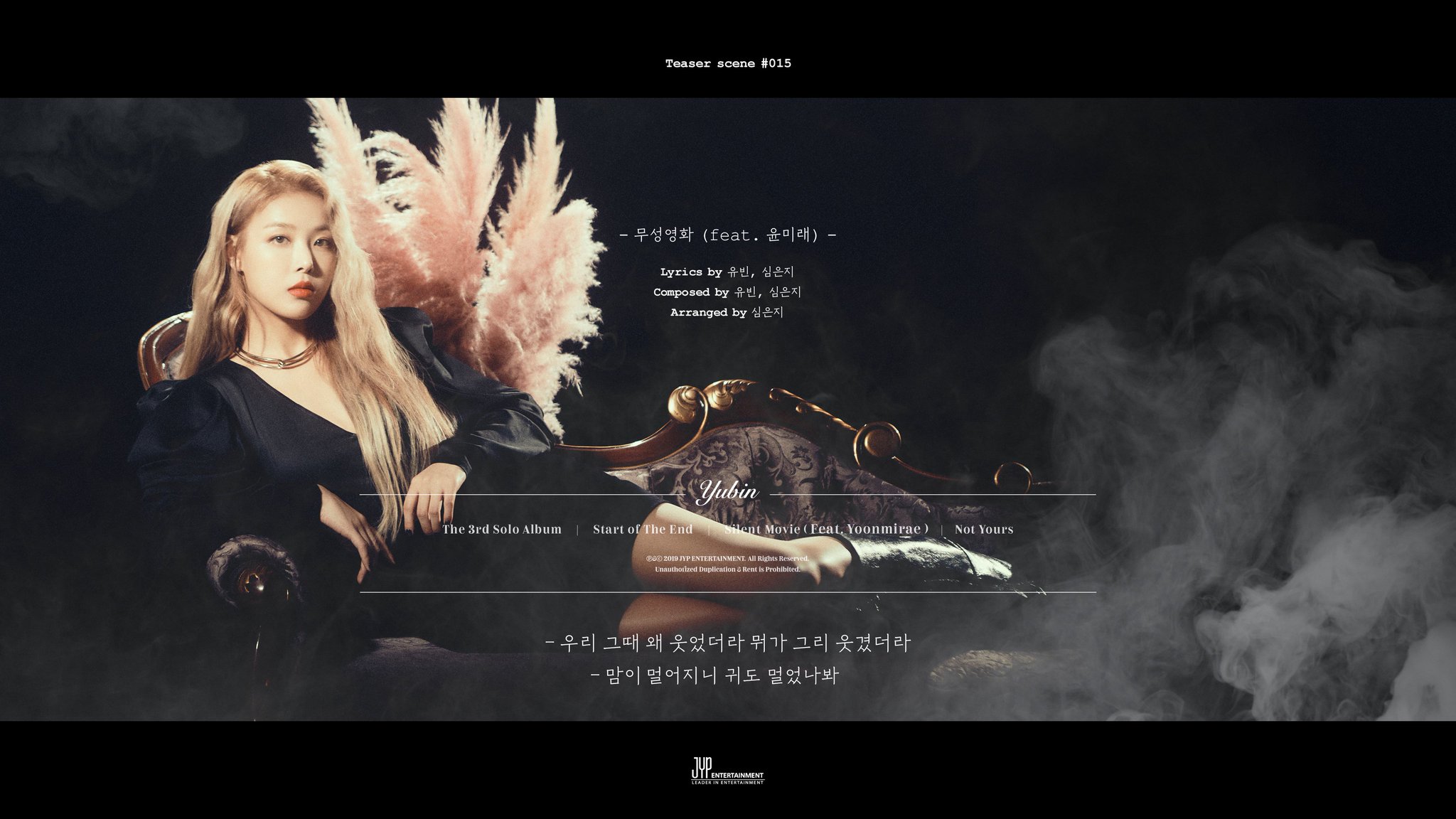 Yubin revealed an album spoiler for “Start of the End”!

Yubin has released a new teaser image with Park Na Rae for her upcoming comeback “Start of the End.” 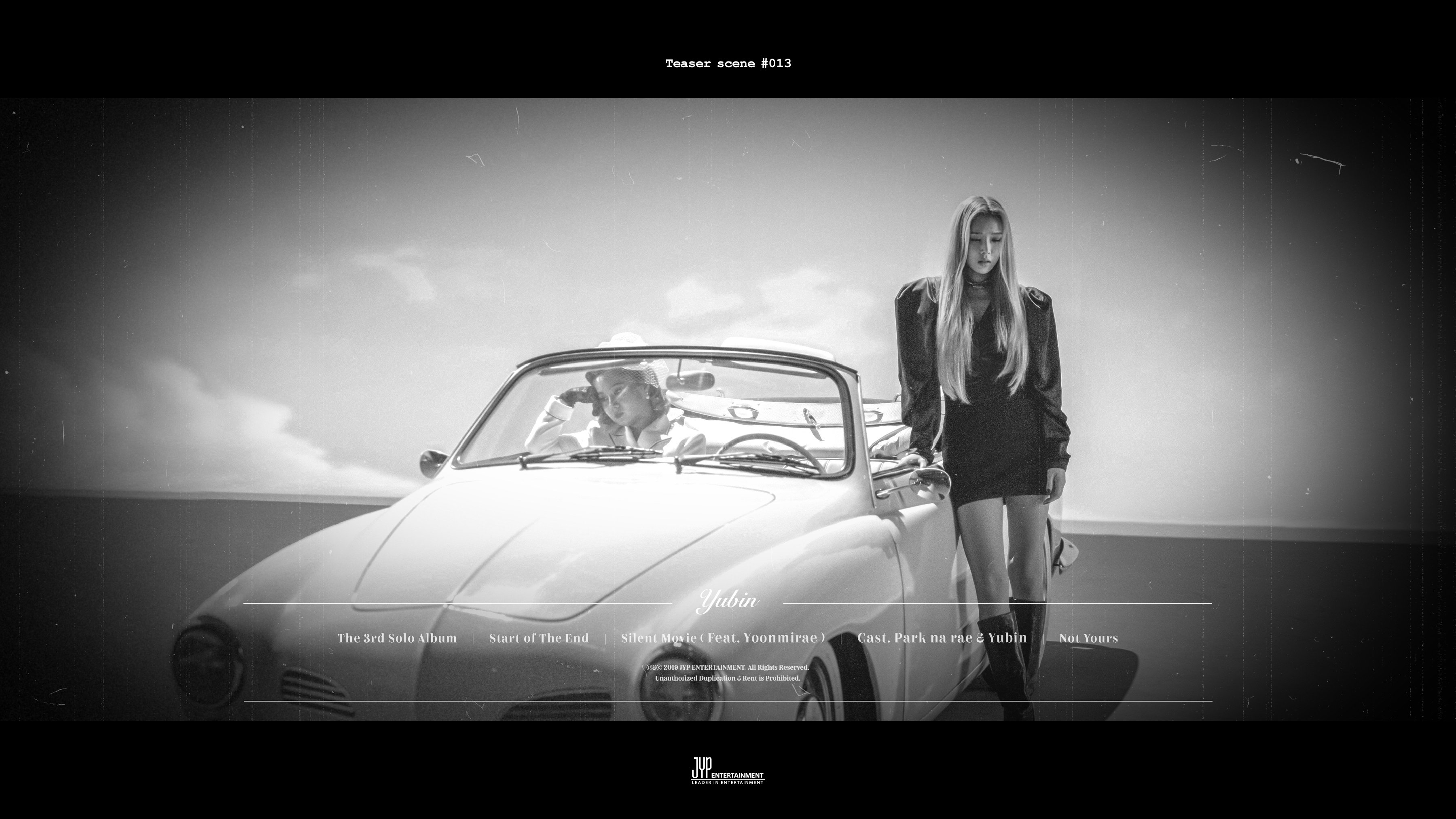 Yubin released teaser images for “Start of the End”! 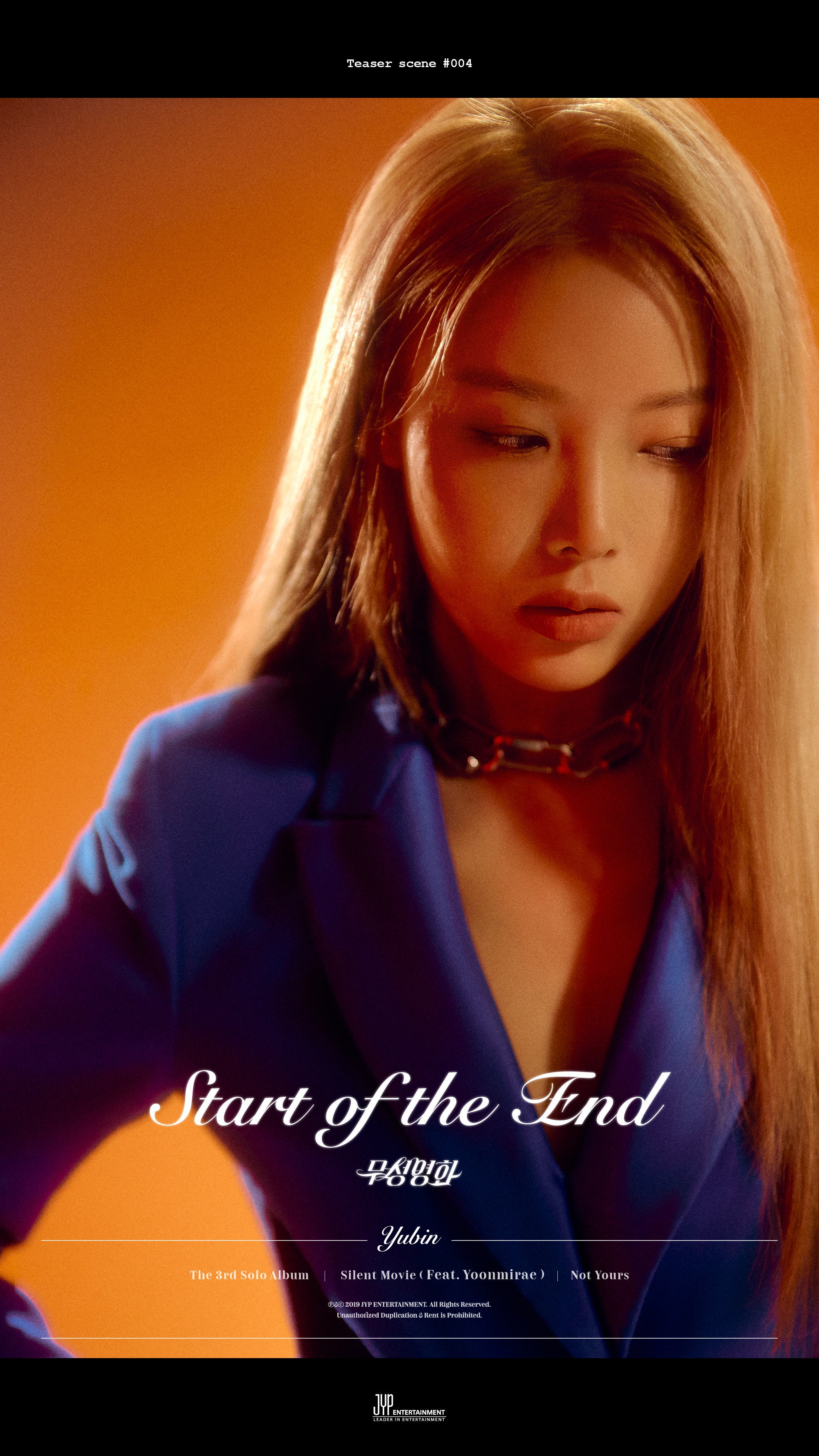 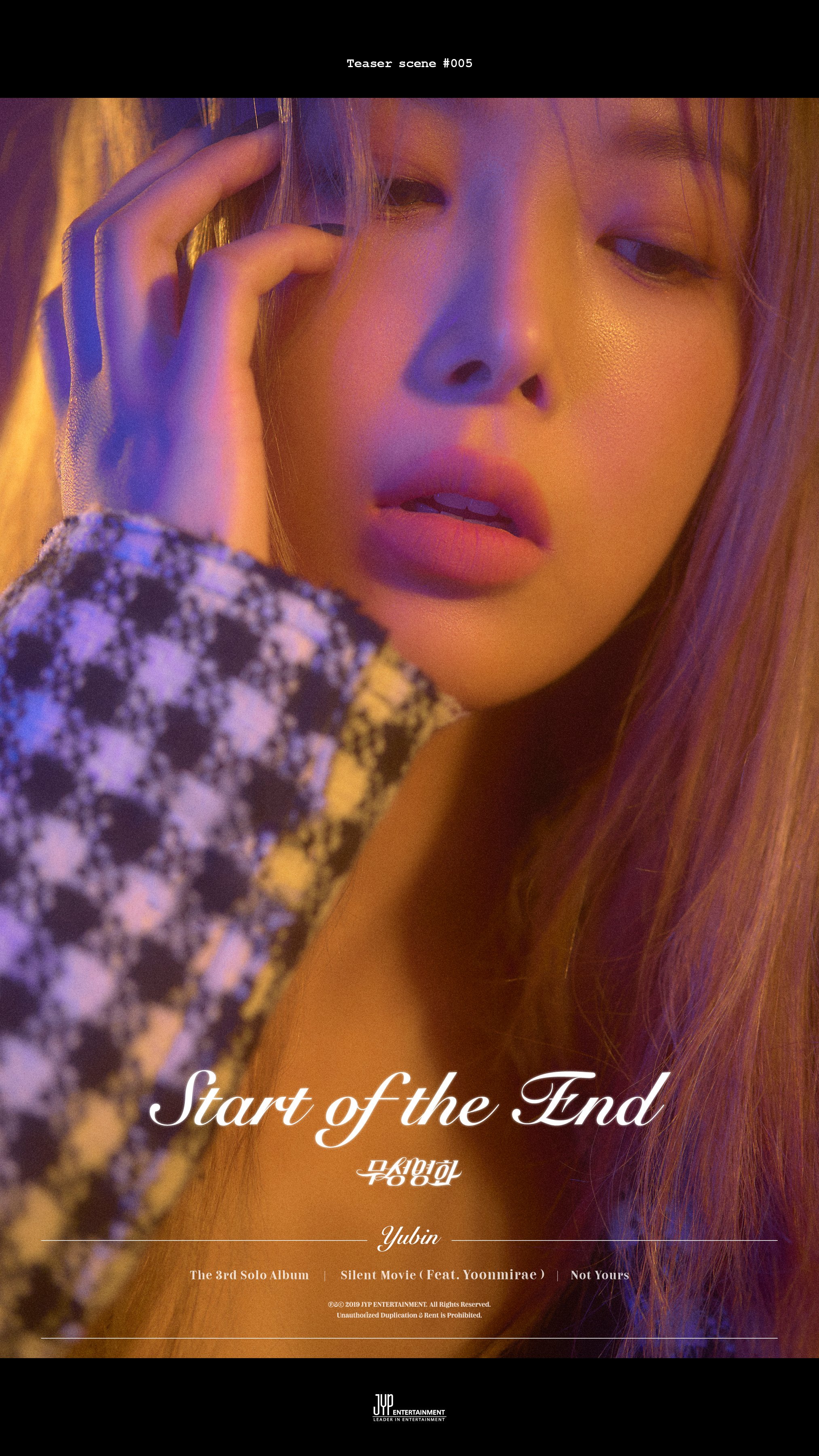 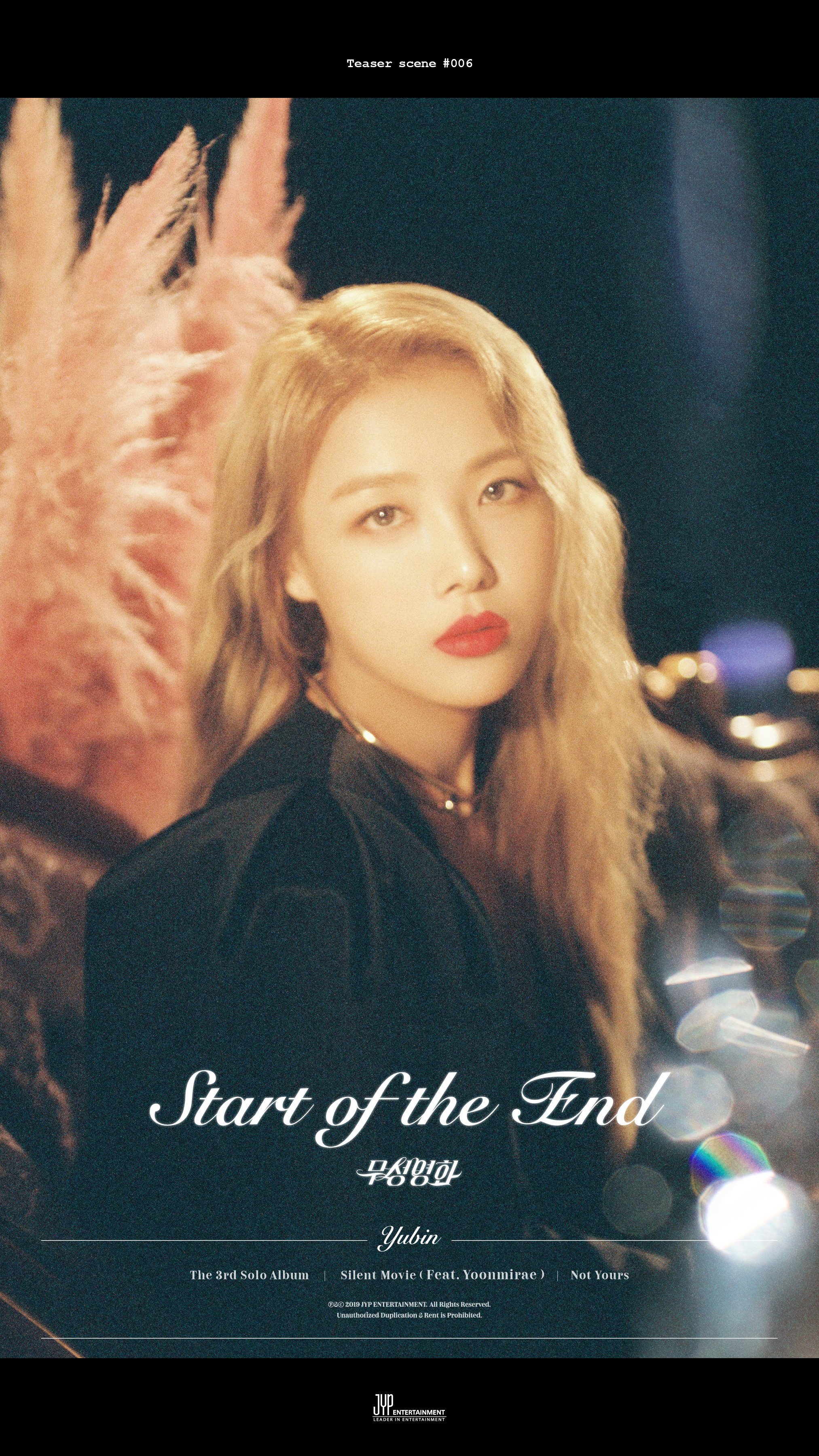 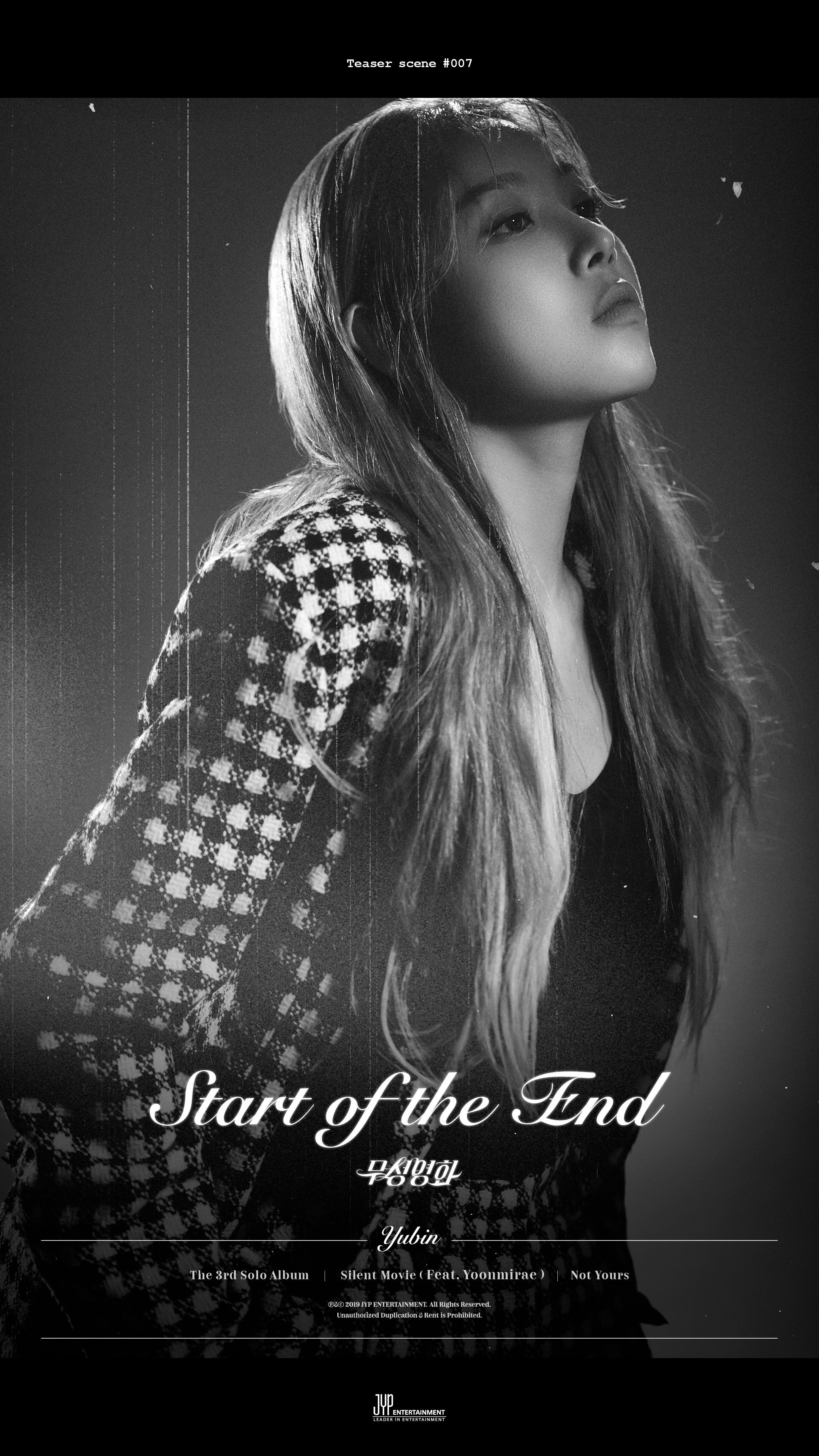 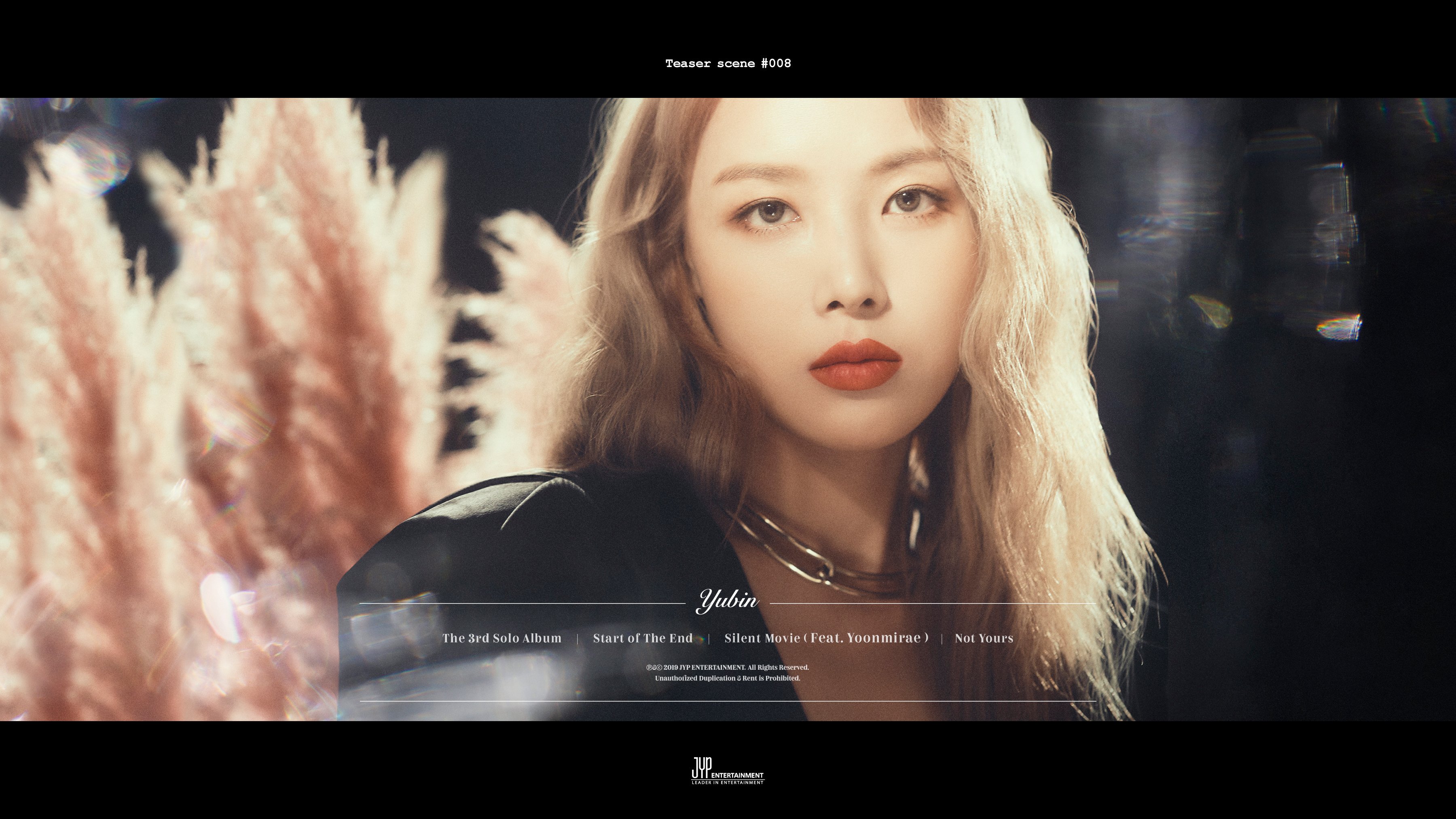 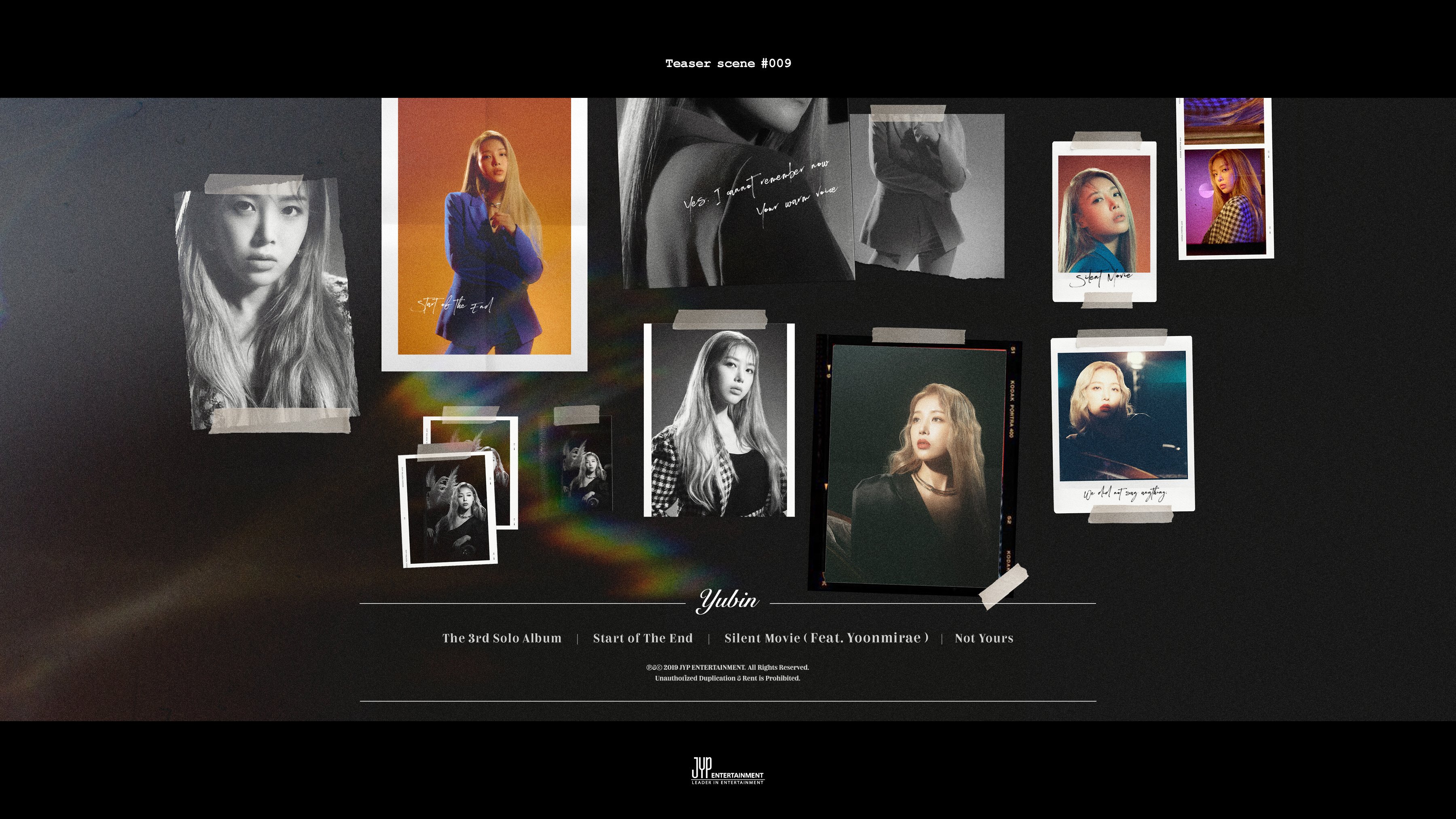 Yubin shared a track list for her return as well as two new teaser photos!

Yubin’s new release “Start of the End” will include the title track “Silent Movie” featuring Yoon Mi Rae, as well as the song “Not Yours.” 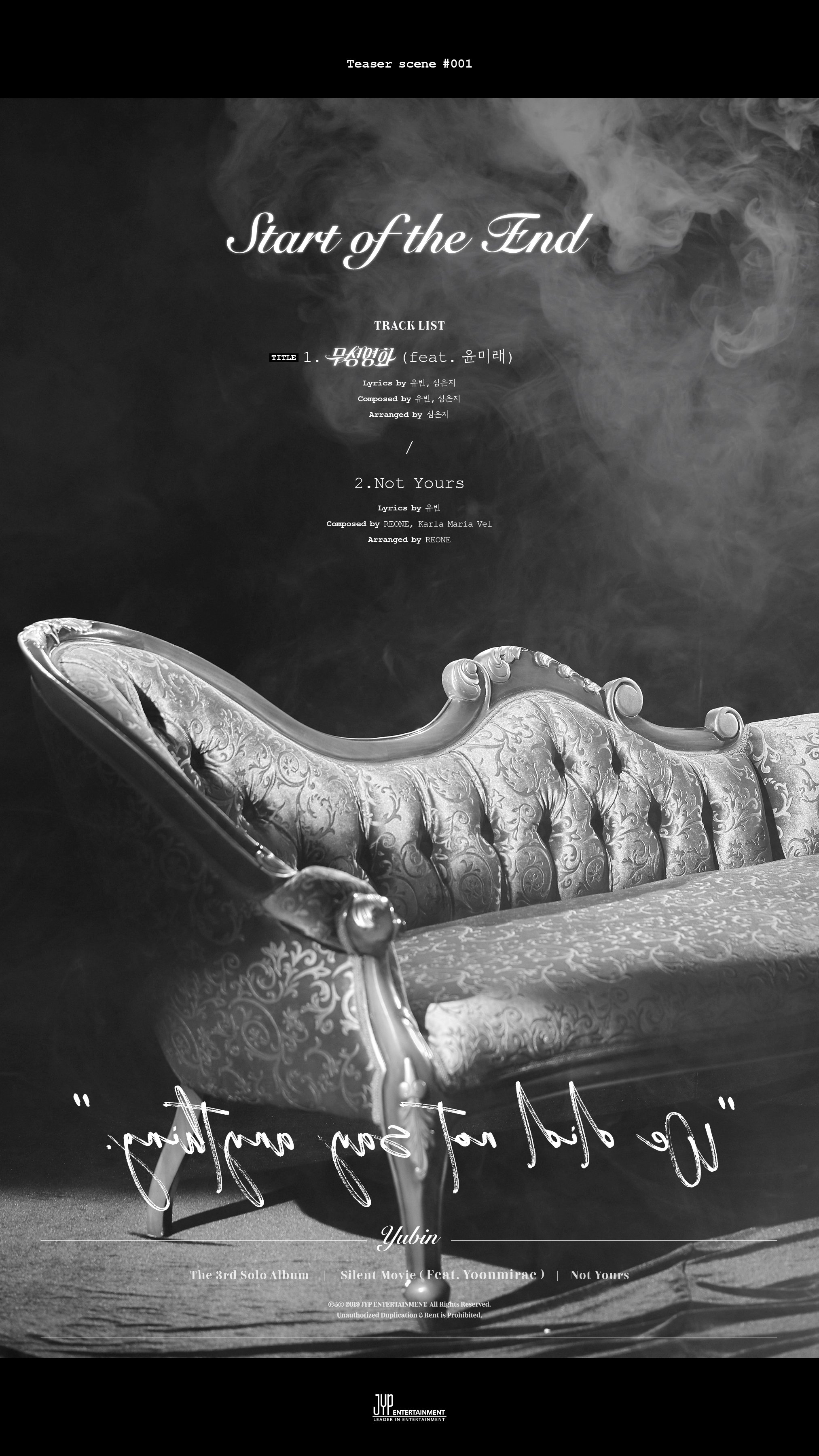 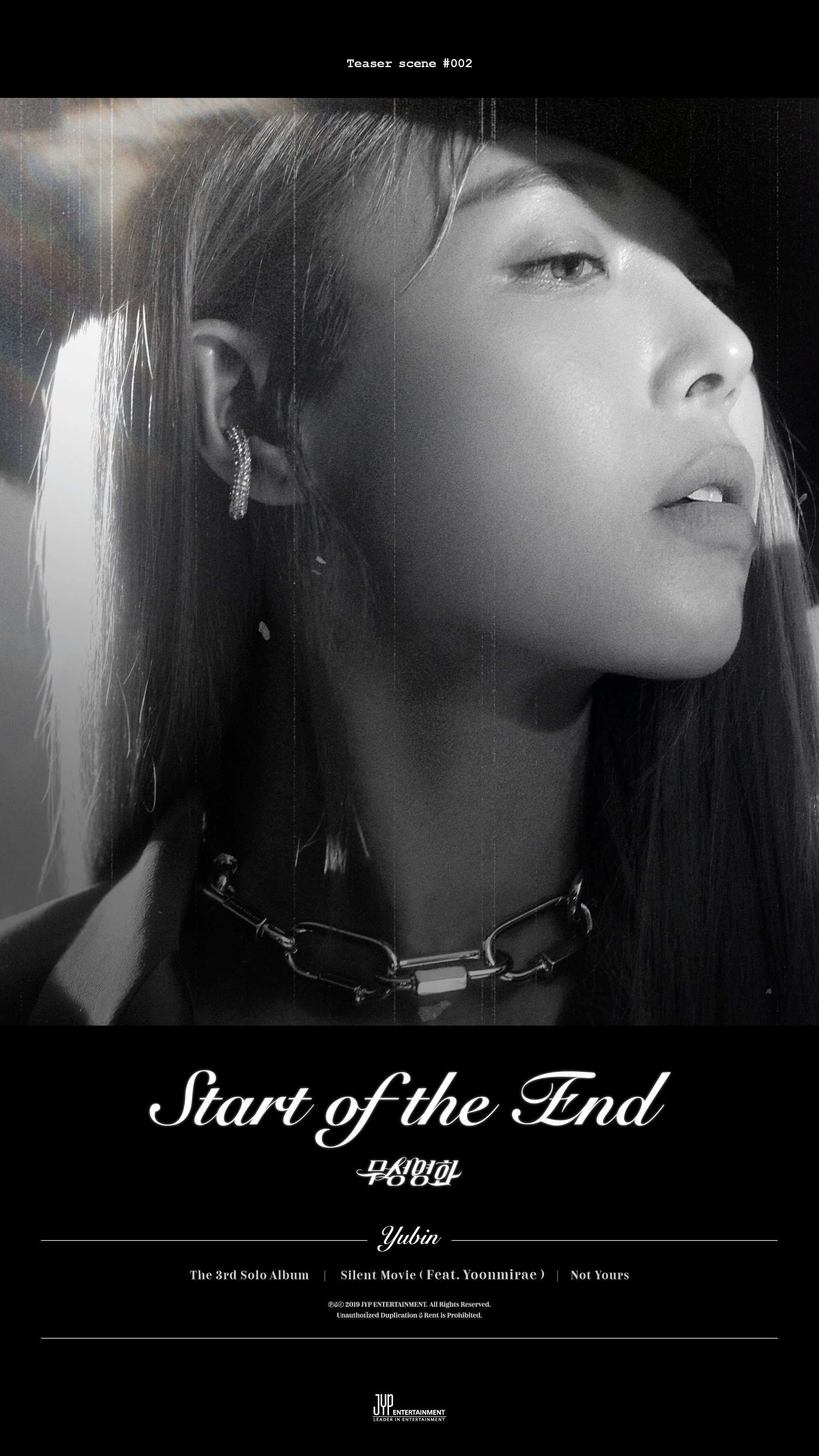 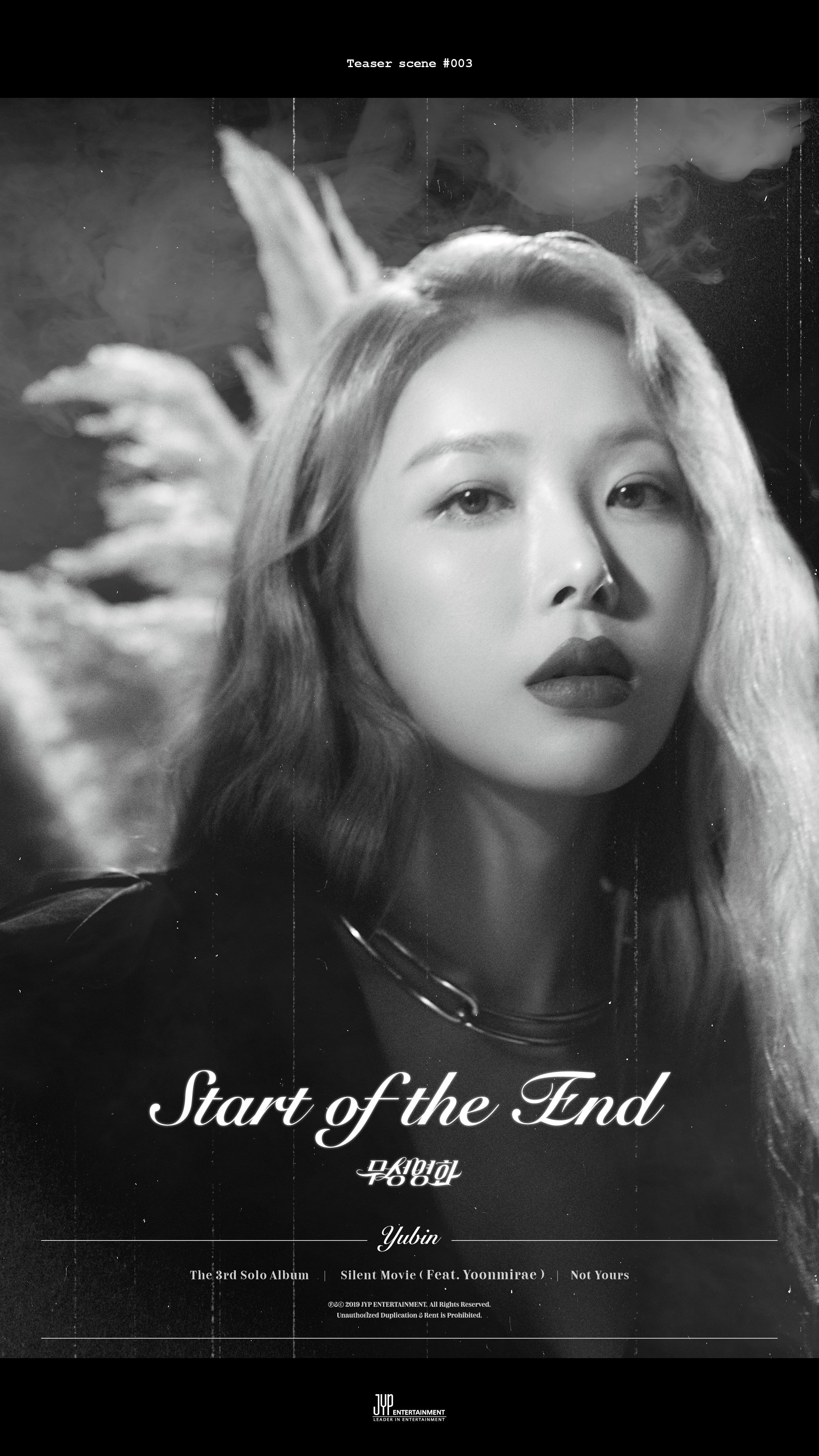 Yubin has released a stylish first teaser for her upcoming comeback! 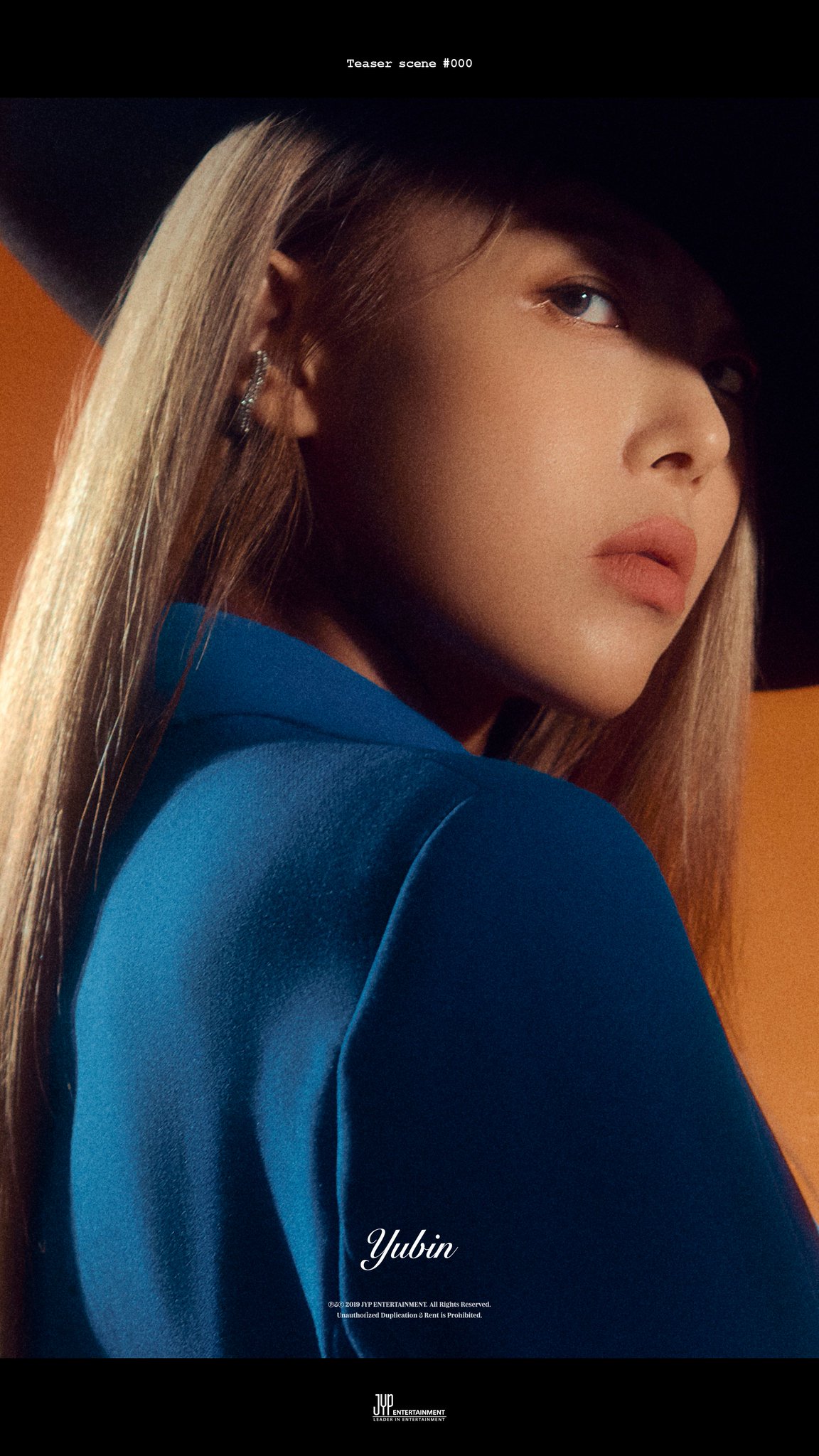 Yubin has worked on a special collaboration with Yoon Mi Rae for her comeback! On October 18, a source from Yoon Mi Rae’s agency confirmed that Yoon Mi Rae took part in the production of Yubin’s new song. Recording for the track has finished.

It was reported on October 18 that Yubin was set to make her comeback in late October. A source from JYP Entertainment stated, “It’s true that Yubin is preparing for her comeback. We will be sharing her official comeback schedule soon.”

Yubin first made her debut as a member of Wonder Girls. Since the group’s disbandment in 2017, she has been branching out as a solo artist. She released her first solo debut single “City Woman” and title track “Lady” in June 2018, and then returned with her second single “#TUSM” and title track “Thank U Soooo Much” in November 2018.

Are you excited to see what Yubin has prepared for her comeback?

Yoon Mi Rae
Yubin
How does this article make you feel?